By the time John Raymond Mireles rolls into North Carolina, he will be one state closer to the finish line. Since 2015, the California-based photographer has been shooting portraits all across the nation. His project, titled Neighbors, seeks to capture, document and celebrate the diverse spirit of the country.

From Friday, April 21, to Sunday, April 23, Mireles will be in Asheville. On Saturday, April 22, he will have an exhibit from his collection-in-progress at the Parker J. Pfister Photographer studio, from 6 to 8 p.m. The remainder of his visit will be spent photographing locals. He has no set times or destinations in mind for his actual photo shoots, although Pack Square is on his radar.

North Carolina will mark Mireles’ 35th documented state. Once he completes the project’s 50 state goal, he intends to turn the collection into a book.

Mireles took time during his recent travels to speak with Xpress about his project.

Mountain Xpress: How did Neighbors begin?
John Raymond Mireles: I started by photographing literally my neighbors for a project that I ended up displaying in San Diego. … In the middle of [the] project … I started traveling more. At some point, I was actually sitting on an airplane, and it just sort of hit me: I should take this to all 50 states. Kind of one of those bolts-out-of-the-blue sort of things. Maybe not my wisest idea, but once I had the idea I was like, ‘Okay this is what I’m going to do.’

What is the process for selecting your subjects?
I’m constantly approaching strangers, putting myself out there. … Nothing is prearranged. I try and find a place where I think there will be people representative of the area or some aspect of the place that I’m shooting. … Depending on the situation, some people are more accepting and other times I have to work a little bit harder.

What led you to photograph your subjects in front of a white backdrop as opposed to an area’s actual setting?
There was a photographer, Richard Avedon, who created a body of work called In the American West. It’s very influential on me and many other photographers. … What he did with his project was he traveled around the American West from Texas to California to Wyoming and he photographed individuals against the white background to remove them from their context and let the people and the clothing and the personality speak for them. And so [my] body of work is in that tradition of isolating people from their environment so all that you have is the person in front of you. I think that’s really important to me, because the idea behind this project is to really create connection across differences. … There’s differences [in] culture, big town verses small town, in politics. … But by eliminating the background and just focusing on the person, there’s sort of a visual language as you start to look at all the individuals and what they bring to the table. … We begin to see how we’re different and how we’re similar. Hopefully there’s a dialogue that comes from that and [it] can help us understand that Americans are much more similar than we are different. 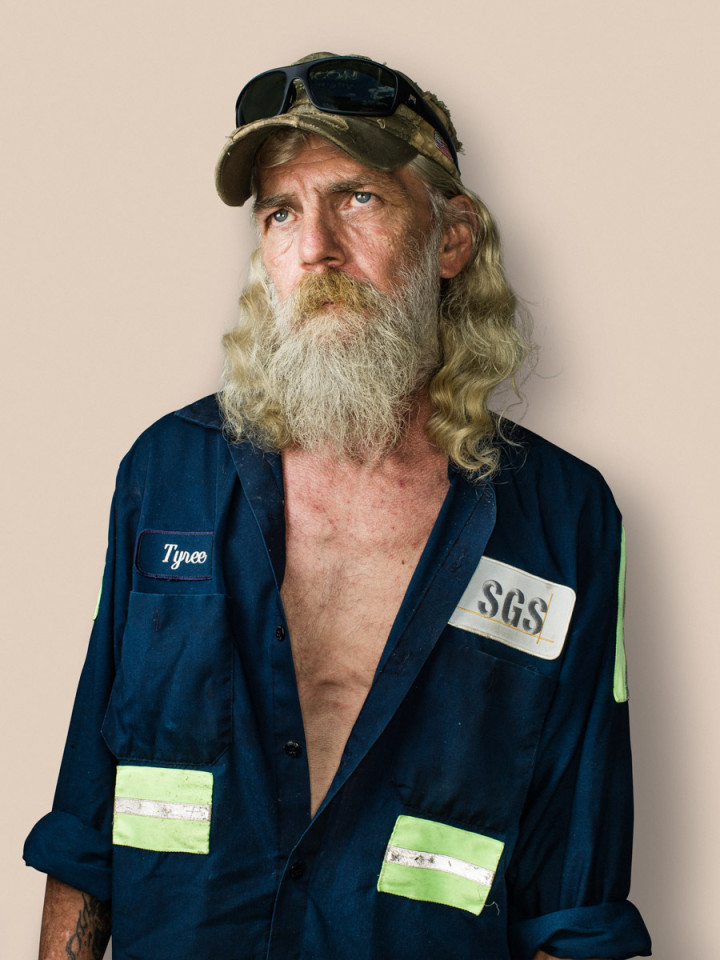 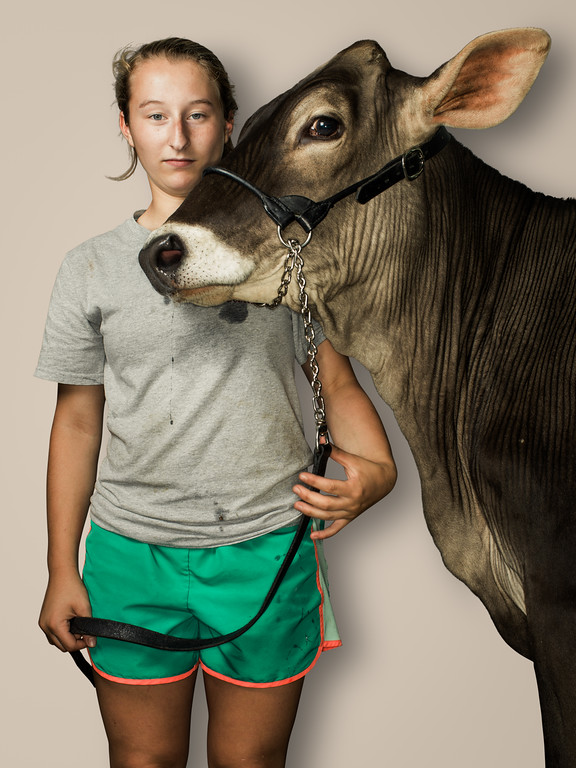 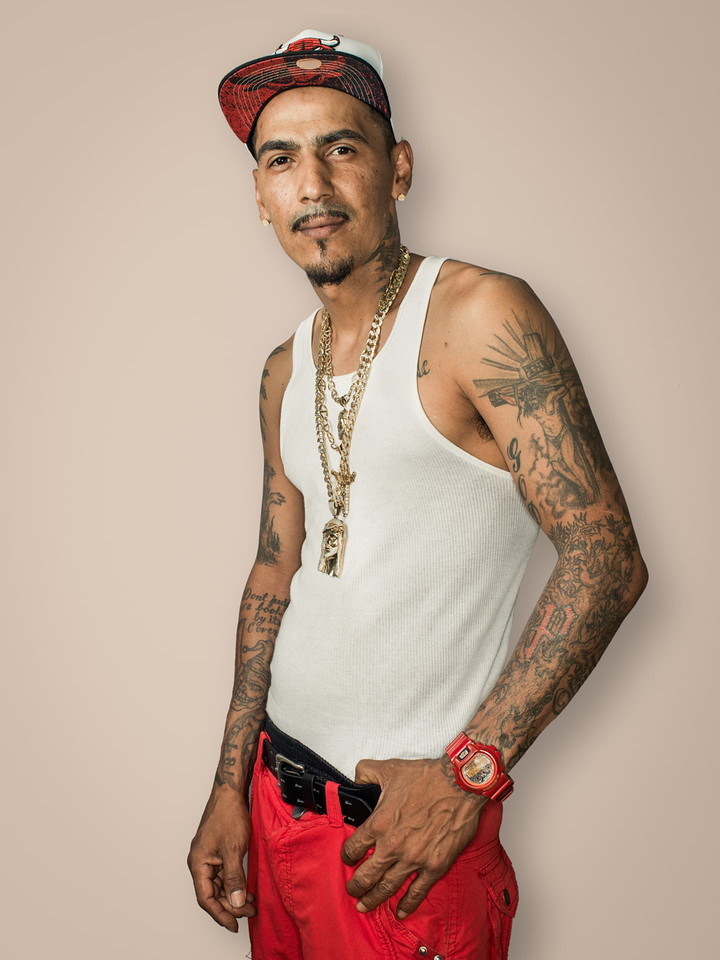 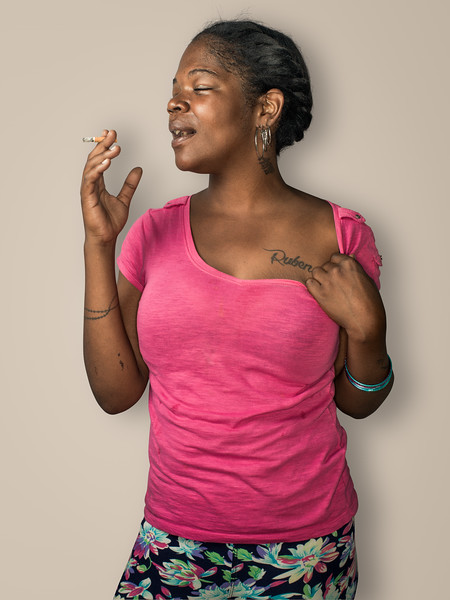 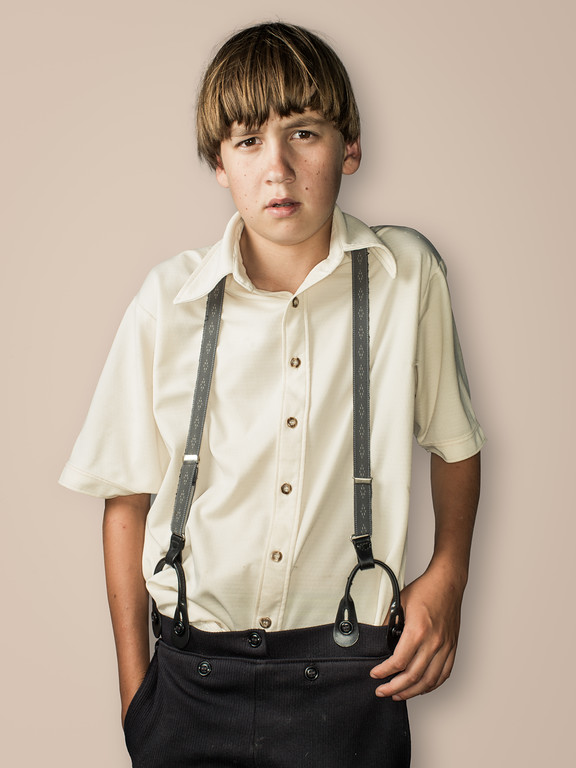 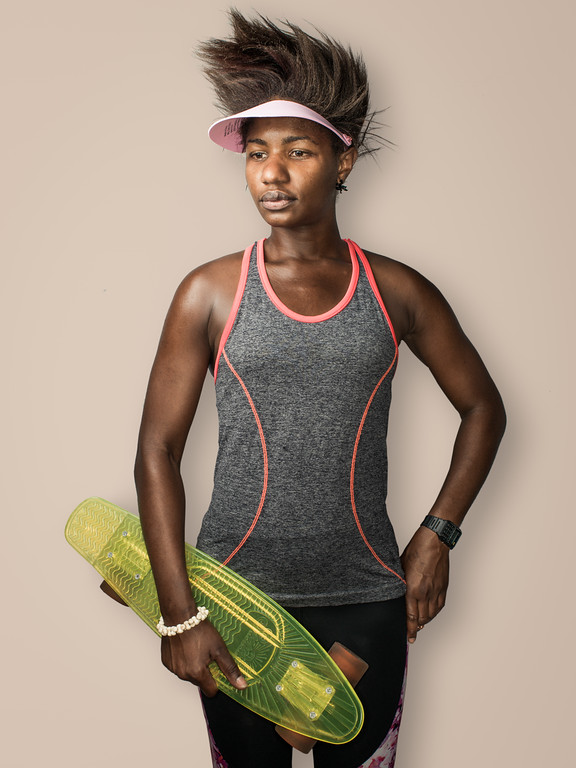 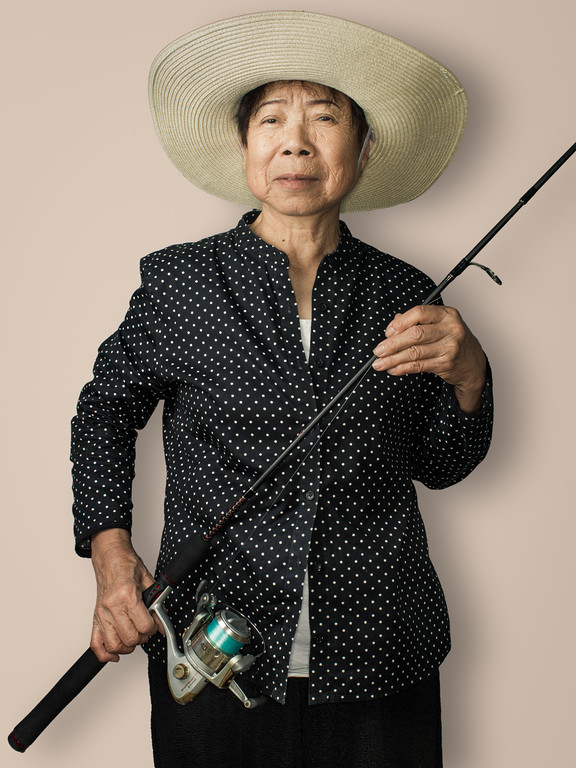 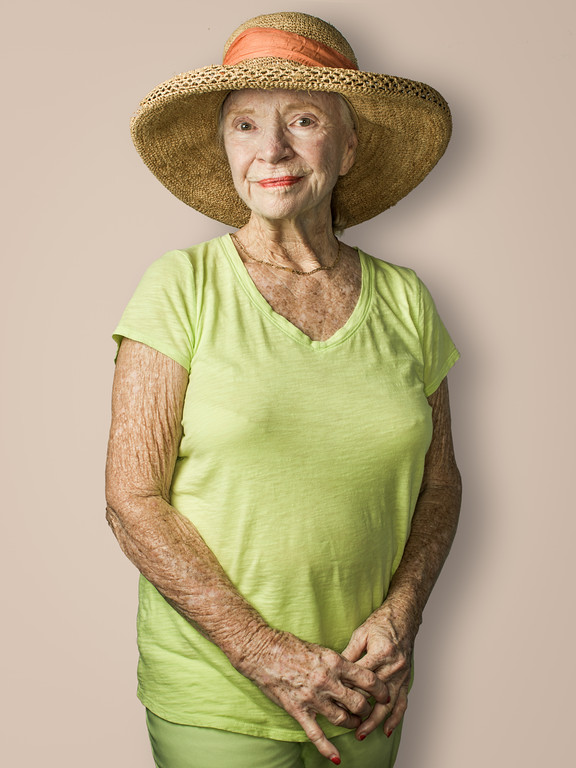 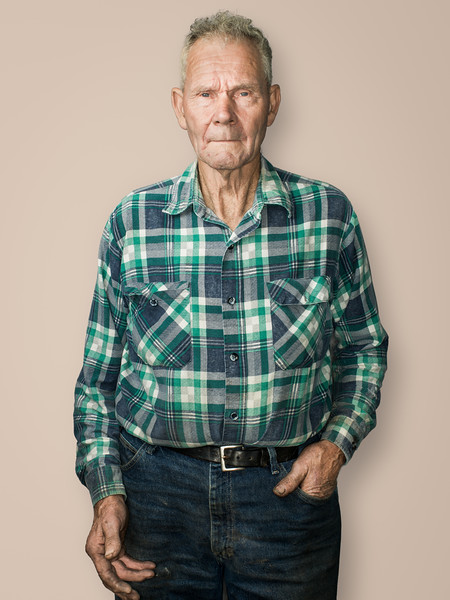 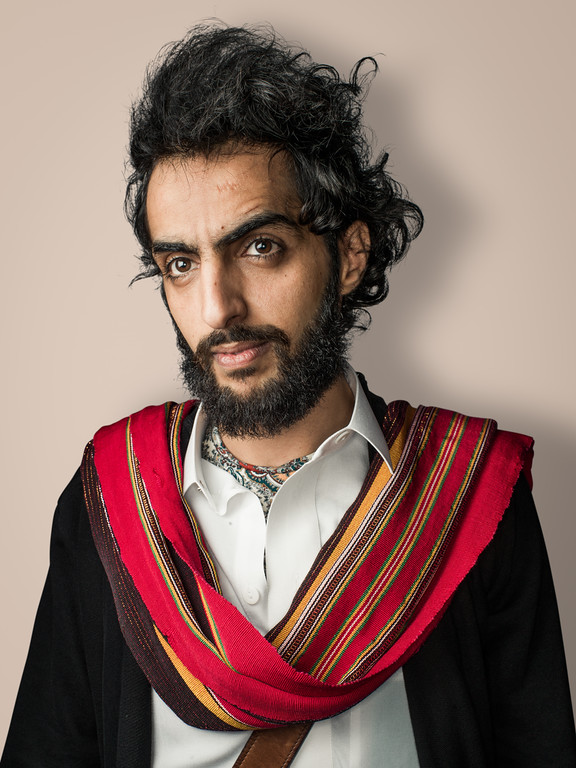 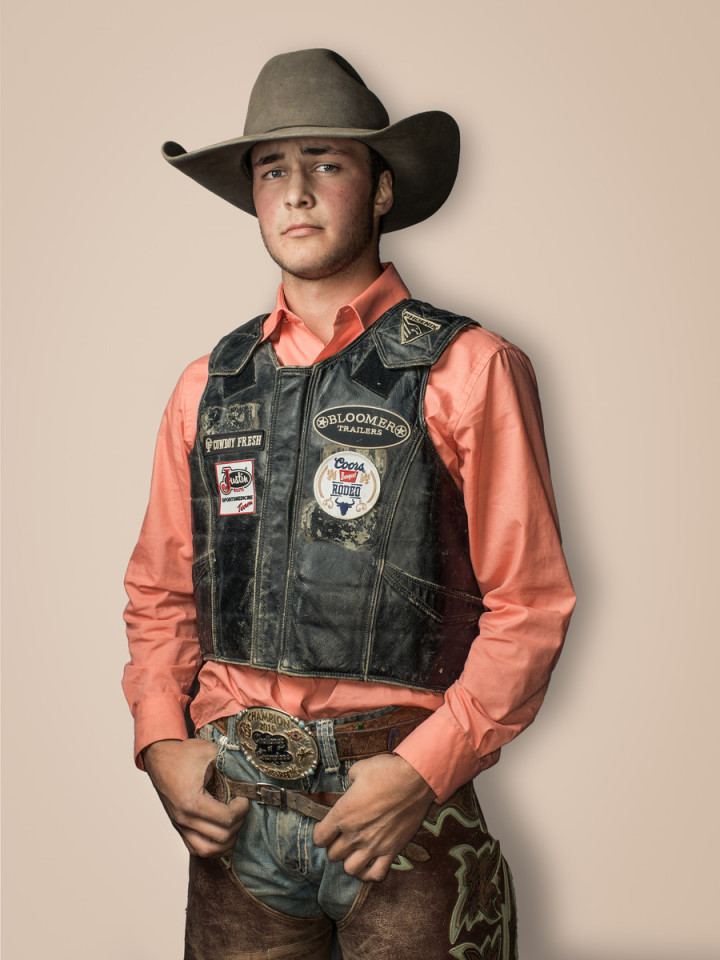 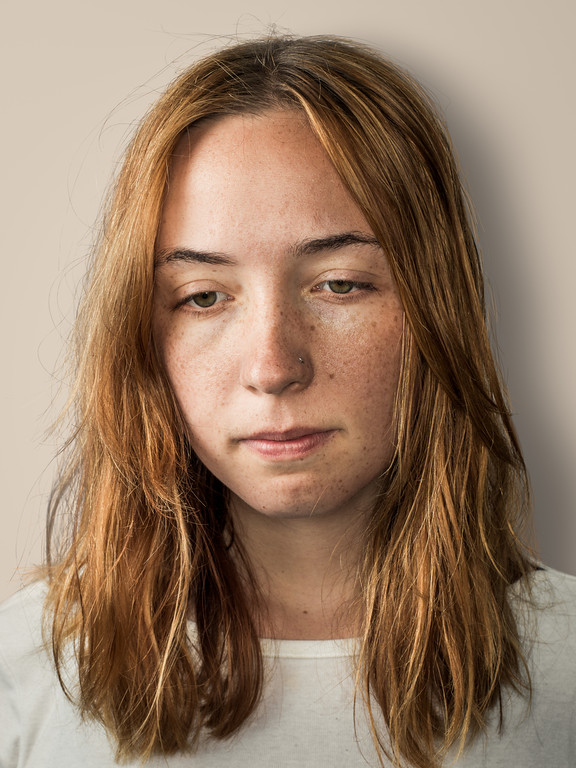 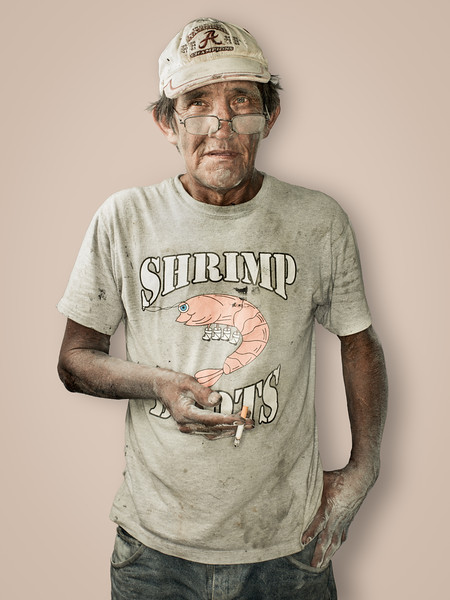 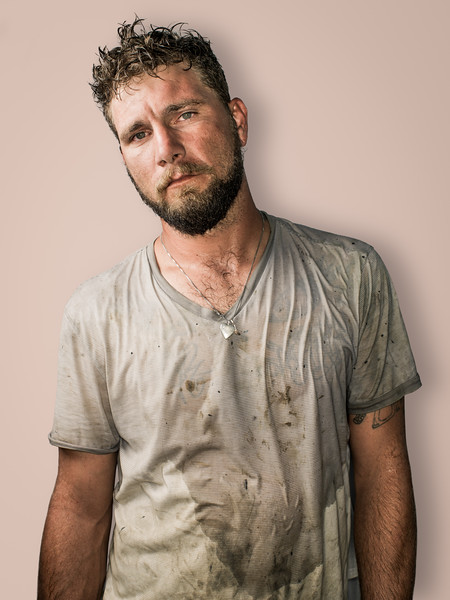 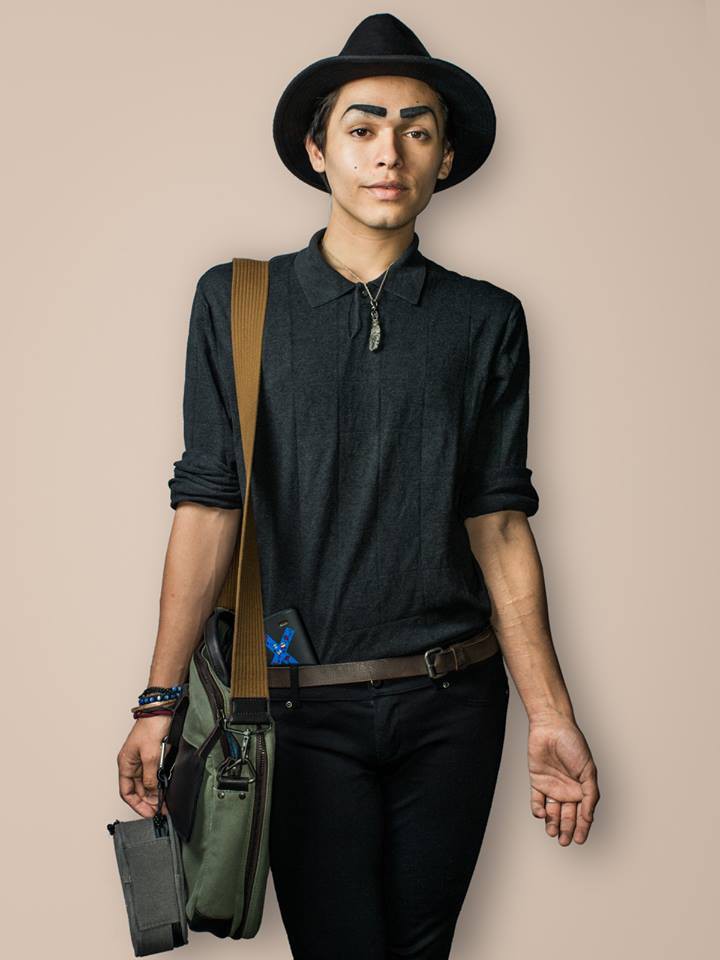 Where are the photographs actually taken?
They are taken on the street. I use lighting and a backdrop with each and every shot. Basically I have a portable studio that I take with me for every single photo. It’s very important. It allows you to create the exact same lighting and the exact same look for each and every shot so that it all looks like it was shot at the same time. The person photographed in North Carolina is going to look like they were shot right next to the person from Utah. The ultimate goal is to put together a book and a series of exhibitions and so when they’re in that exhibition space or in that book, it will look like I brought in people around the country all into one studio at one time.

How do you select the cities and towns you photograph in?
What I’m trying to do is document the sort of cross section of American life. I’m not looking for one particular group. … It’s like a puzzle and I’m constantly trying to put the pieces of the puzzle together that is the United States.

It’s tourist season in Asheville. Will you strive to photograph locals or are all parties welcome?
I usually try to focus on the people who live there. That’s my goal. I look for places that are local heavy.

What have you learned so far in your travels?
One thing that I’ve learned is that Americans are an incredibly friendly people. And that we do have much more in common than there is that separates us. And again, in this sort of political climate, it’s very easy to forget that. So, that’s one thing I’ve learned. Another thing I’ve learned is this is a beautiful country. … I’m just impressed by how gorgeous it is. … And [that] there’s really a benefit to traveling and seeing the country. Instead of just being focused on our own small world and thinking that that’s all there really is. Once I break out of my own bubble and meet other people and see their experiences it’s easier for me to empathize and understand what’s going on in this country and why there are so many different points of view.