Something is going on underground in Asheville that every American should know about, and that is the Veterans’ Mural Project, which is underway at the Charles George VA Medical Center on Tunnel Road.  It is, and is becoming, a pictorial history of the hospital and U.S. military actions for the past century — that is, since World War I.

Formerly known as the Tunnel Art Project, the mural occupies a real working tunnel connecting two main buildings of the hospital. The project takes up more than 250 linear feet of wall space and is the joint effort of dozens of veterans, civilian artists and other participants, with an expected completion date of November 2020.

The project’s honcho is Jim Stilwell, a semiretired commercial artist and son of a WWII veteran, who became interested in doing it while volunteering at the VA in December 2014. He was showing veteran patients how to paint pictures when he learned about all the white wall space in the tunnel.

The location already hosted some decoration, a picture of a Navy nurse seemingly tearing the wall apart to reveal downtown Asheville in the distance. Someone had defaced her eye, and Stilwell repaired the damage.

Rebekah Wiggins, a VA art therapy specialist who worked with Stilwell, suggested that he paint the rest of the tunnel. After obtaining permission for the project, he now works on the mural almost daily, alone or with a growing group of helpers.

It seems like every visitor has a new story of a father, brother or sister to add to the design developing under Stilwell’s guidance. For example, he decided to depict the difficult loading of the atomic bomb onto the Enola Gay — the plane that dropped it on Hiroshima, Japan — after speaking with veteran patient James Mulligan, who served on that mission as an Air Force officer.

Currently, the tunnel is about half done, with Stilwell’s pencil sketches awaiting ink and paint. The plan is for the project to expand beyond the mural itself and become an active art gallery, with veterans’ own artwork displayed between the mural panels. Gallery lighting is also in the works.

While a viewing schedule may be required as interest in the project develops — the tunnel remains a passage for food, medicine, equipment, patients and staff between the main hospital and the Community Living Center building — it’s now open to the public Monday through Friday, 8 a.m.-4:30 p.m. Valet parking is free at the hospital entrance. The easiest access to the mural is through the CLC, located to the north of the main hospital. Elevators in the CLC lobby go directly to the tunnel off of the basement level. 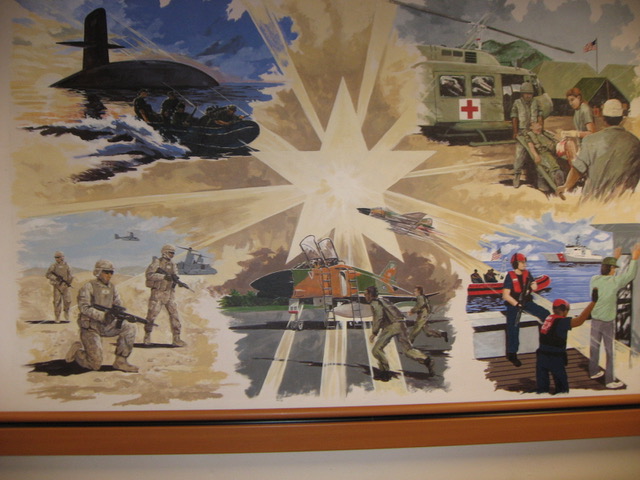 The mural represents scenes from all of America’s military branches. Photo by DeWitt Robbeloth 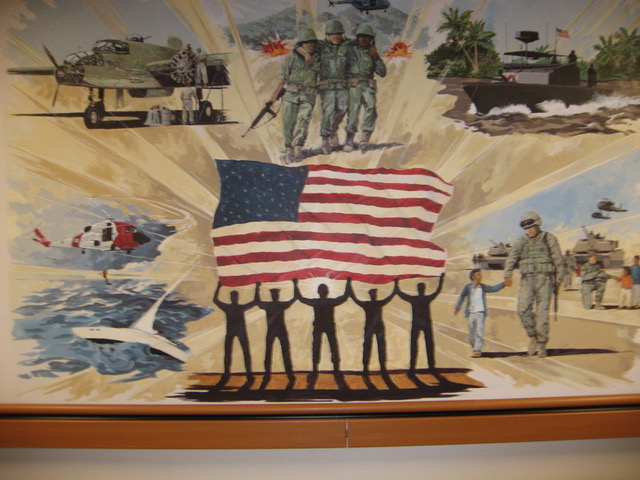 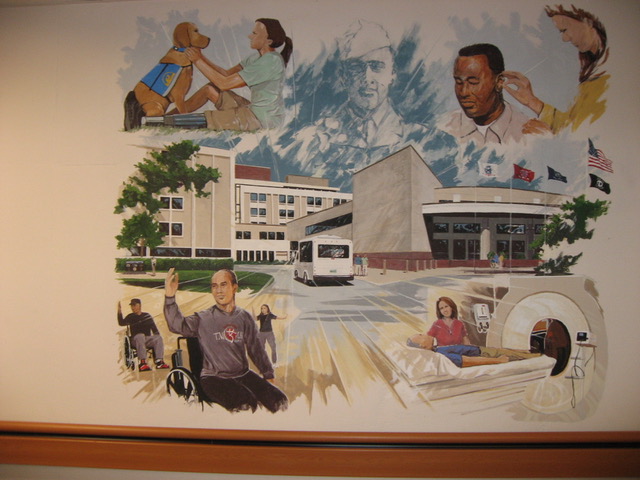 Parts of the mural honor the legacy of the Charles George VA Medical Center itself. Photo by DeWitt Robbeloth 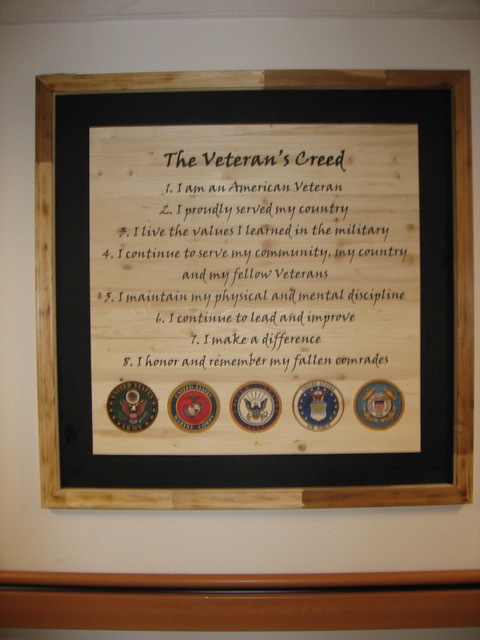 View all posts by Dewitt Robbeloth →