As the owner and executive chef at upscale Asheville eatery The Market Place, chef William Dissen is a firm believer in food with integrity. The ingredient activist makes regular trips to Capitol Hill to fight for transparent labeling of genetically modified foods and always sources his downtown eatery’s inputs with a keen eye toward sustainable production.

Days ago, the chef arrived in Bristol Bay, Alaska and agreed to take Xpress‘ entire readership along for a sockeye salmon sourcing adventure by sharing updates and photographs of his trip.

Dissen’s initial check-in with Xpress detailed his arrival in “the Final Frontier,” along with his mission statement: investigating “one of the most sustainable fisheries on the planet and what it takes to get wild seafood from ocean to fork.”

This, his second Alaskan update, shows the chef swapping theory for hands-on experience:

So, we’re a couple of days into our journey to Bristol Bay, Alaska to see the wild sockeye salmon fishery. It’s amazing to see all of the activity here. It literally feels like we are at the end of the world here on the Bering Sea in Bristol Bay. It’s vast, natural, and the wild life seems to out number the humans. The King Salmon area of Bristol Bay encompasses over 40,000 square acres, and the population is only around 250 people. But during salmon season, that number increases dramatically, as the fishermen and women show up to harvest fish for the year.

I have been joined by a group of writers, fishermen and another chef from Alaska. They are Louisa Chu (National Public Radio), Barry Estabrook (Politics Of the Plate), David Holthouse (author, producer), Rob Kinneen (chef), Keith Lydon (Plated Co.), Sue Aspelund (Bristol Bay Regional Seafood Development Association’s executive director) and Elizabeth Herendeen (Bristol Bay Regional Seafood Association’s marketing director). Together, we have had the chance to take a deep look from the top to the bottom of how the fishery works.

Bristol Bay’s fishery is not only the most sustainable fishery in the U.S., it is also one of the busiest. It’s the third largest fishery in the country, but its season only lasts for six weeks while the salmon are running.

There are five types of wild salmon that run in Alaska: king, sockeye, silver, pink and chum, with sockeye being the most prolific of the five. These fish help to support the community for the year and help to feed the world as well as the wild animals that support the ecosystem. This year’s sockeye run is predicted to be 40-50 million fish, producing an average revenue of two billion dollars! That’s a lot of fish!

I’ve been buying sockeye salmon for years at The Market Place, and we have been lucky to source our salmon from another local Ashevillan, Heidi Dunlap — fisherwoman extraordinaire and owner of The Wild Salmon Company.

Heidi visited me about five years ago on a morning in early October. She came into the kitchen and said she had some amazing sockeye salmon that she had personally fished from Bristol Bay, Alaska. I asked her how she came about this fish, because their season only runs from late June through July. She stated that her fish was caught fresh and then flash-frozen aboard her boat. It was then processed and shipped back to Asheville.

Arrogantly, I turned my nose up and told her: “I only buy fresh fish.” She then told me about how her process works and gave me a sample to try, saying that if I liked it, I could call her, and hopefully we could do business. I brushed her off and went back to work, but I did decide to defrost the fish and give it a try. So, I cooked it up and had some of Heidi’s salmon for lunch — Wow! I couldn’t believe how amazing her sockeye was, and it had been frozen!

I immediately called her and ordered lots of fish for the restaurant. I learned that due to the high amount of omega-3 fats in sockeye, they freeze surprisingly well. And the freezing process actually helps to kill any potential parasites or bacteria commonly found in fresh fish. Since that early morning a few years back, I’ve been a believer — not just in sustainable seafood, but in the high quality and sustainability of the sockeye in Bristol Bay. It’s wild, it’s healthy and it’s some of the best-tasting fish on the planet.

This has been an amazing journey to see the ecosystem at the edge of Alaska. Thanks for following along as my journey continues. More to come! 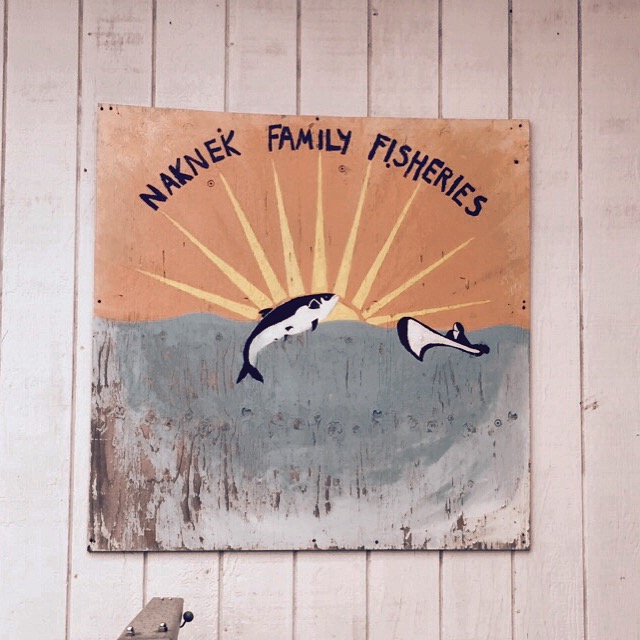 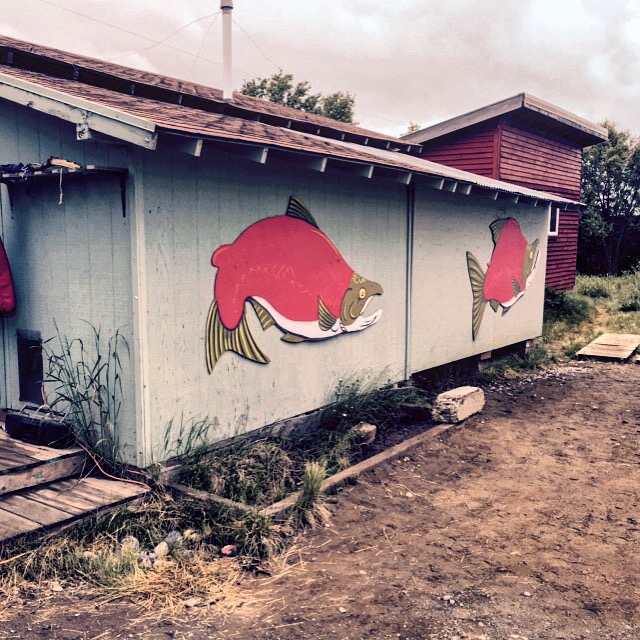 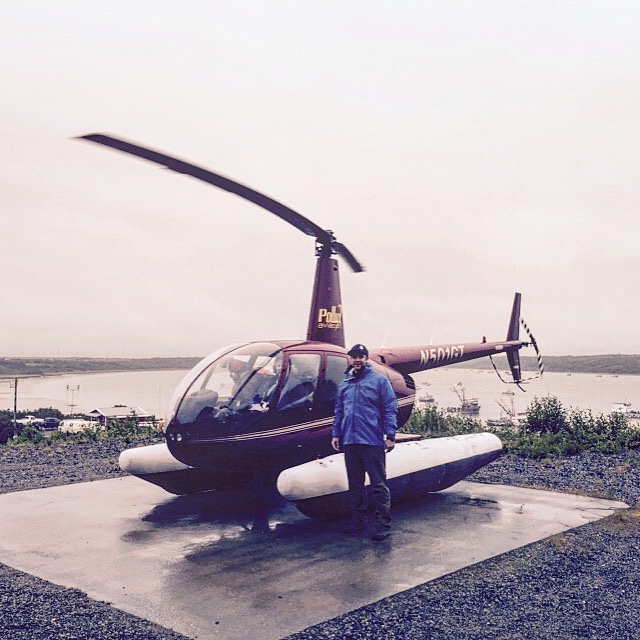 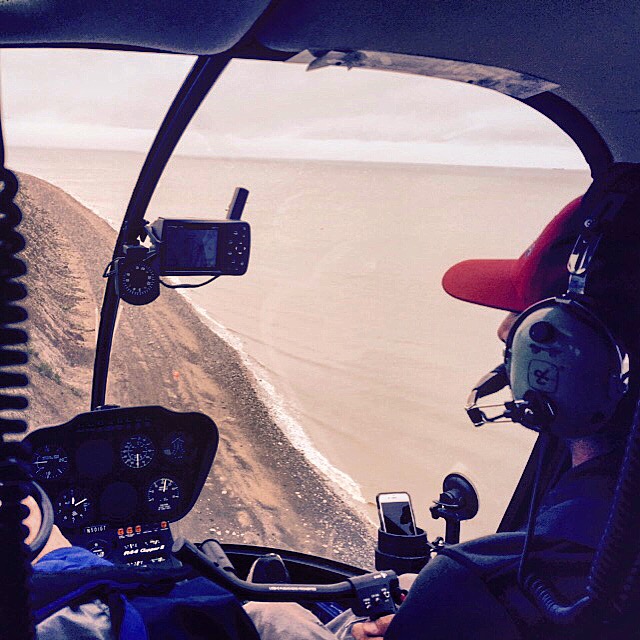 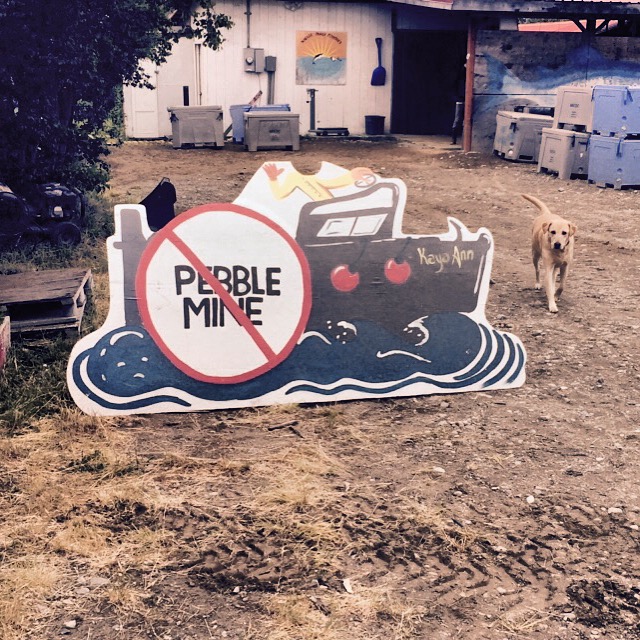 Anti-Pebble Mine signage at a local salmon processor in Naknek, Alaska 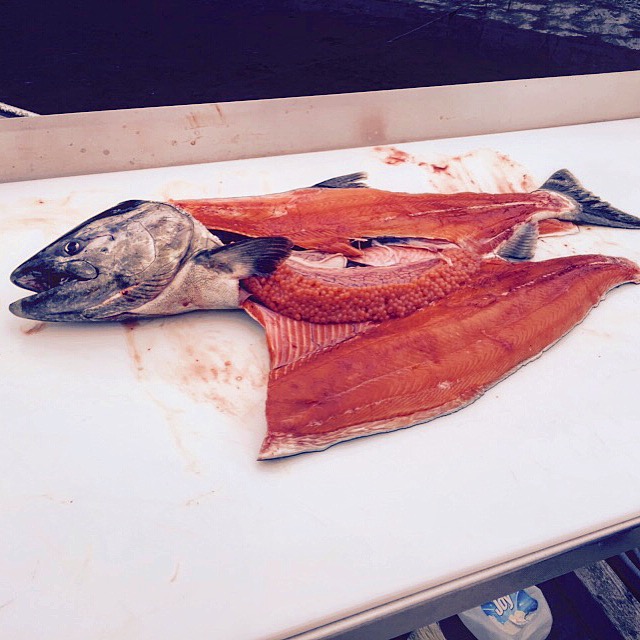 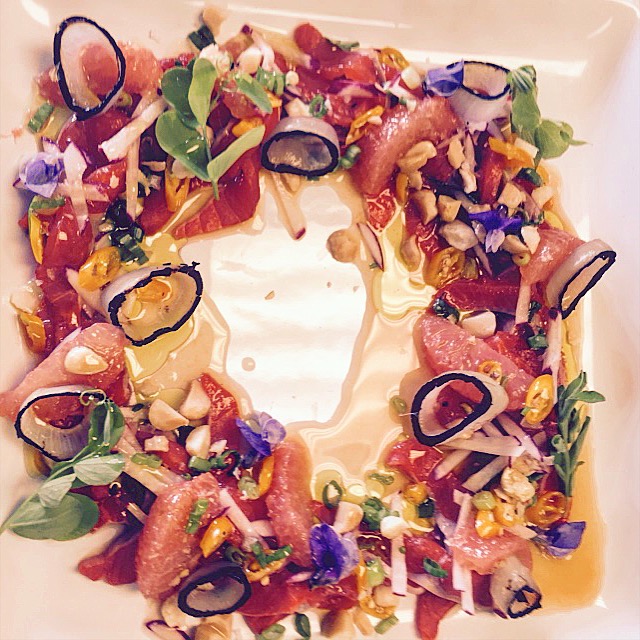 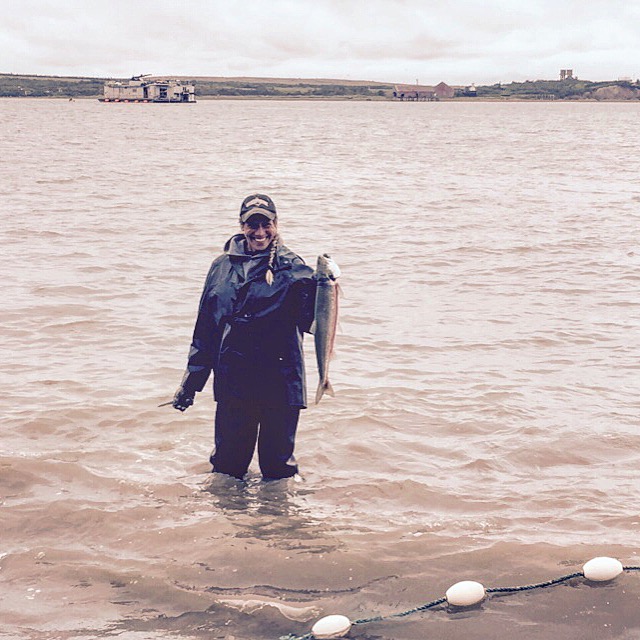