Two separate groups of protesters marched the downtown streets of Asheville, in demonstration against the inauguration of Donald Trump. Both groups, about 50 people in all, made their way toward the Vance Monument at noon, as Trump was sworn in. Empty paint buckets functioned as snare drums, leading rally cries of: “Donald Trump is a grump, throw that chump into the dump,” and “No borders, no nations, stop deportation.” 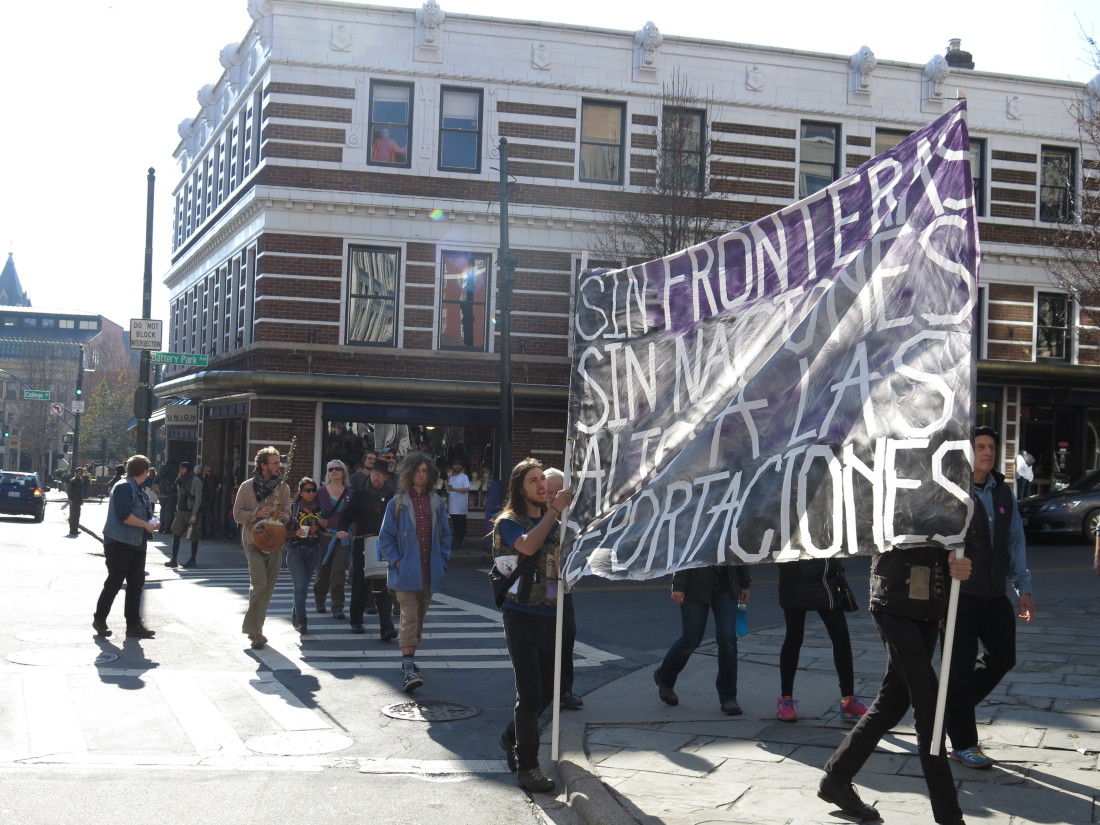 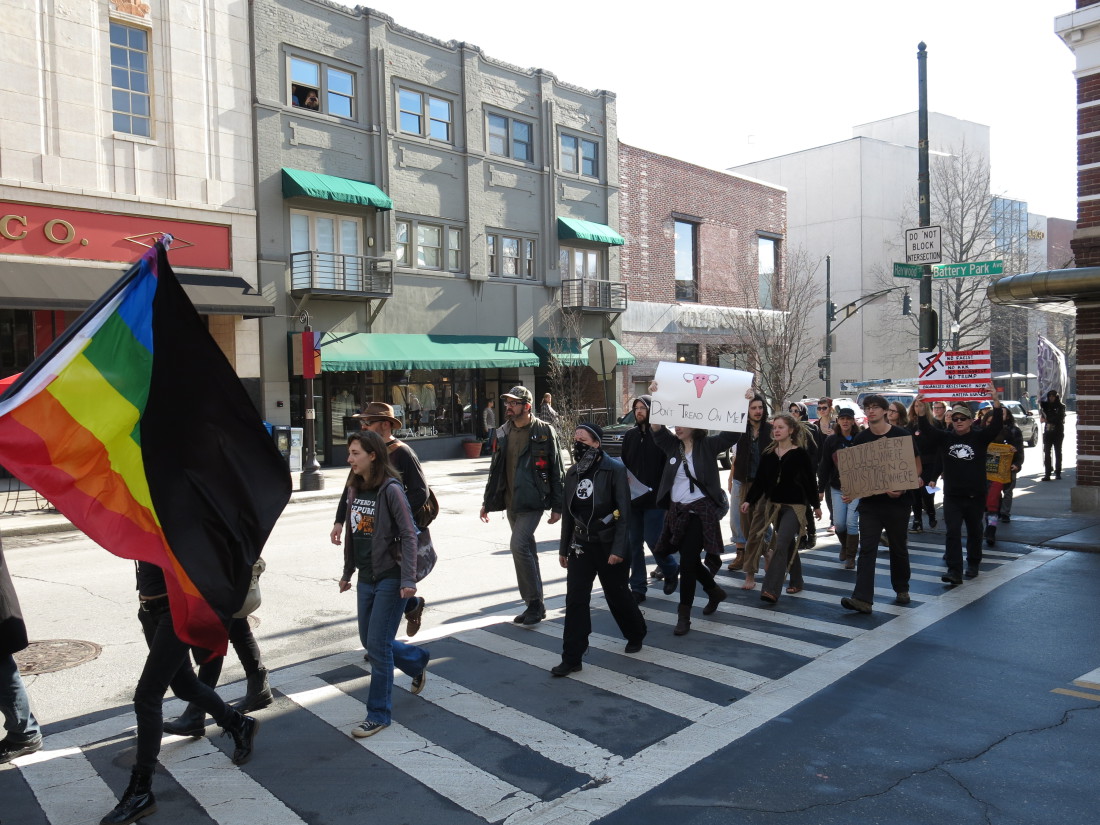 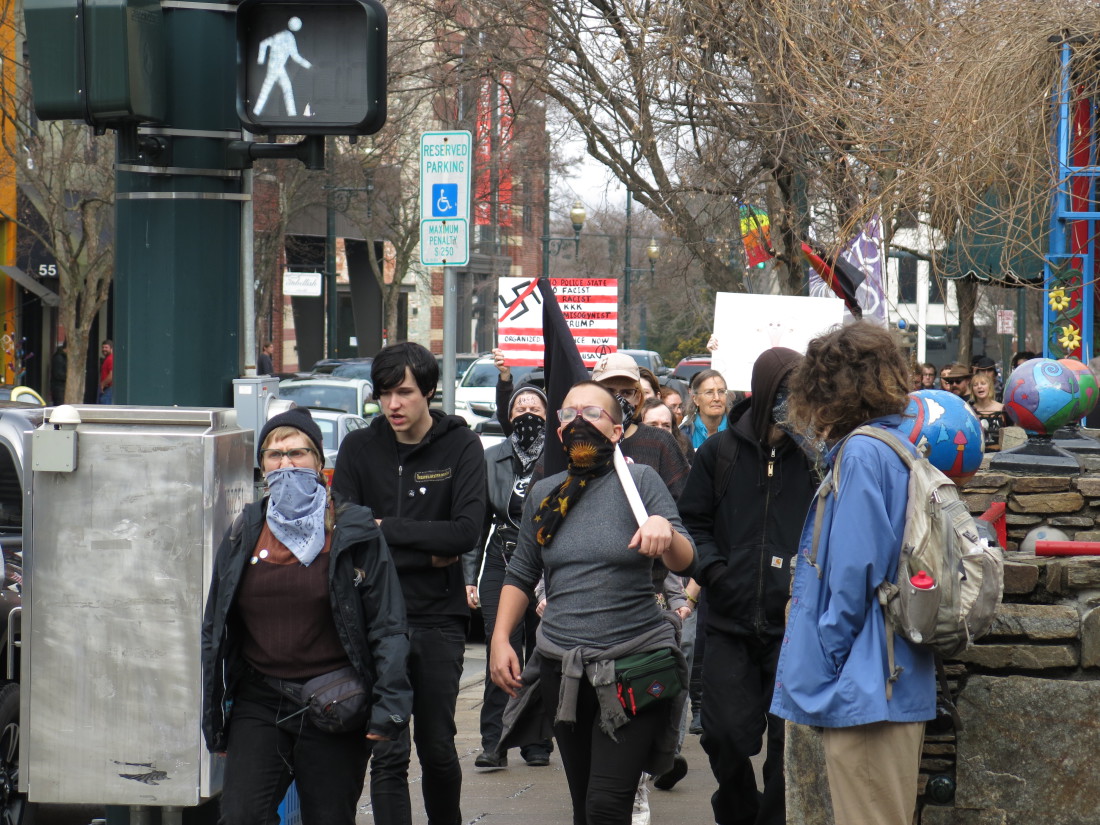 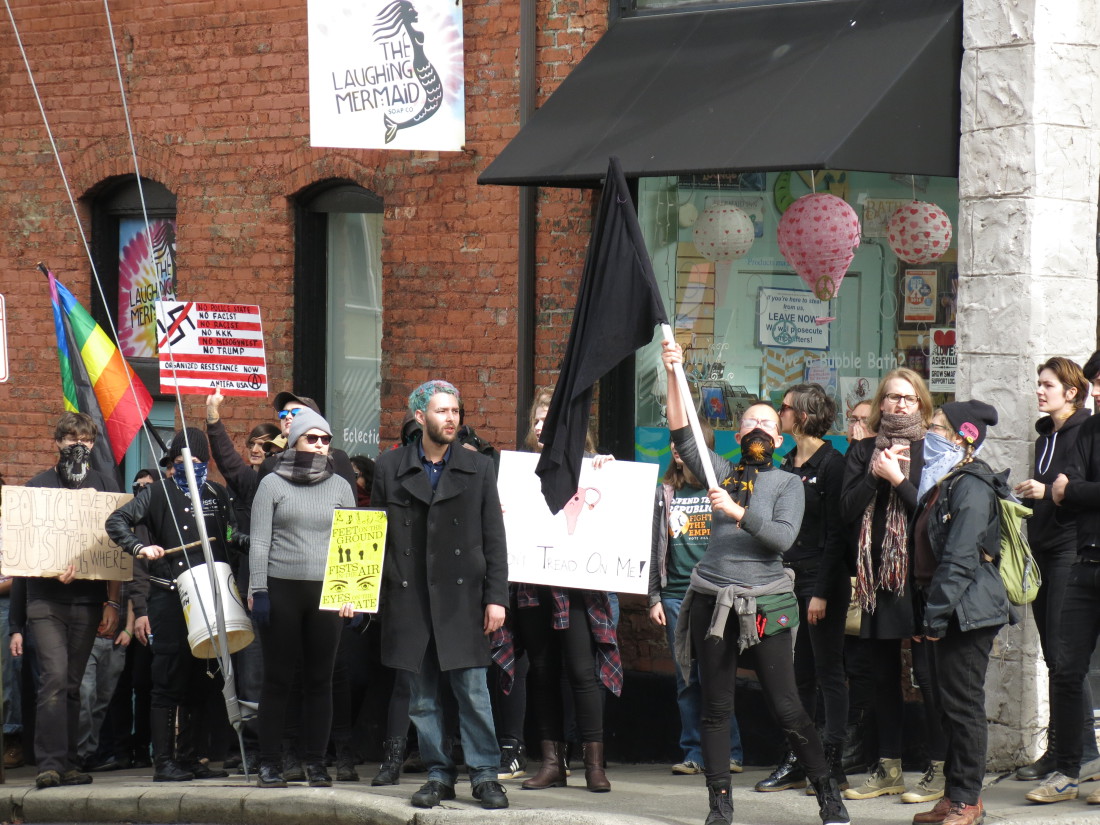 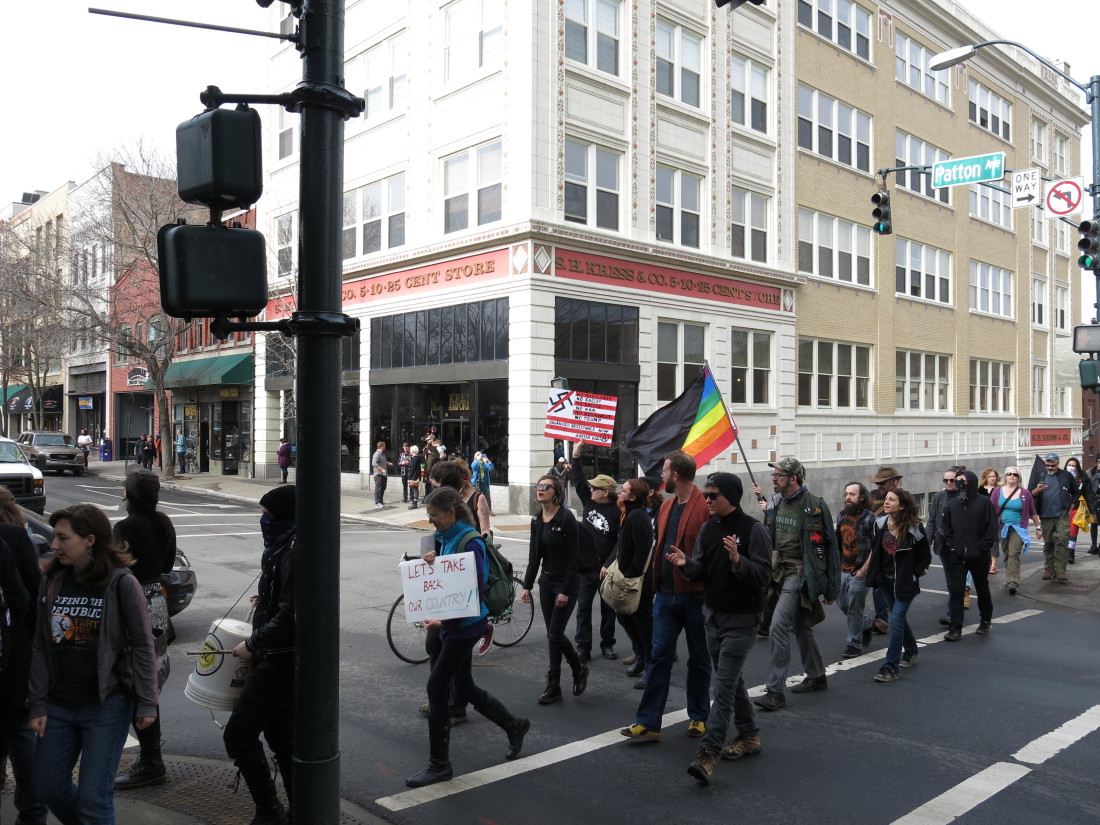 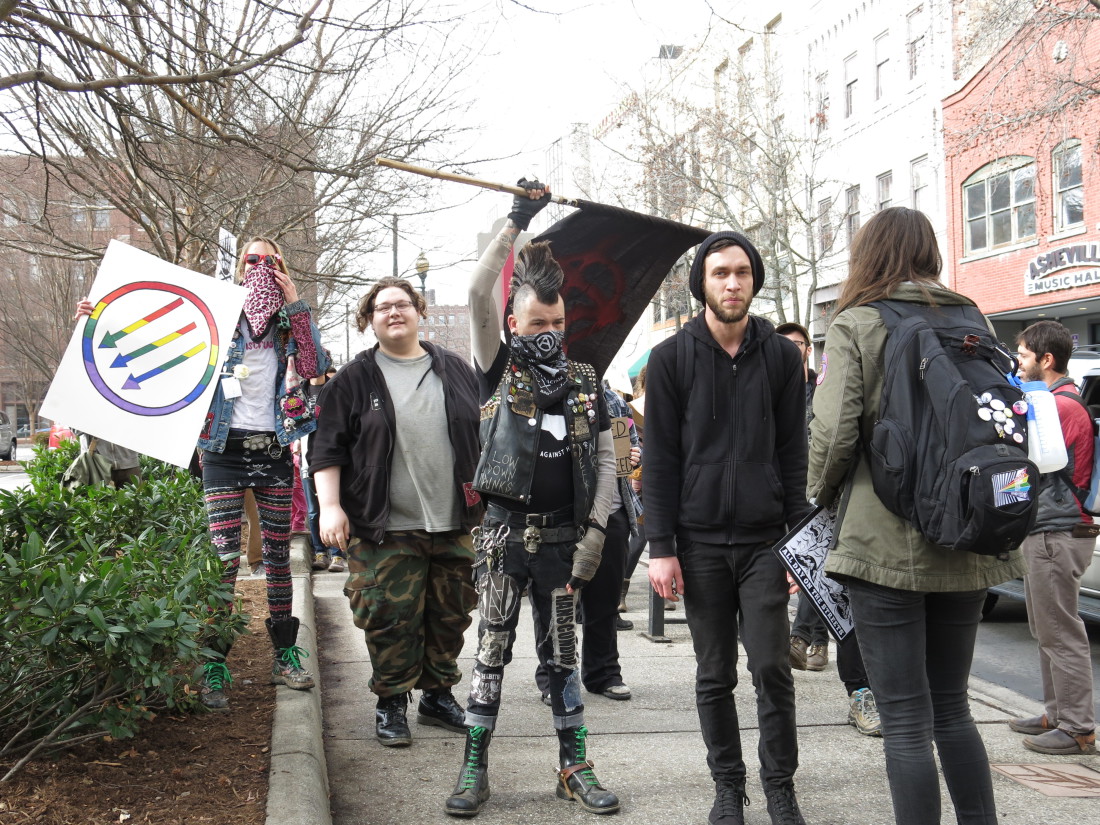 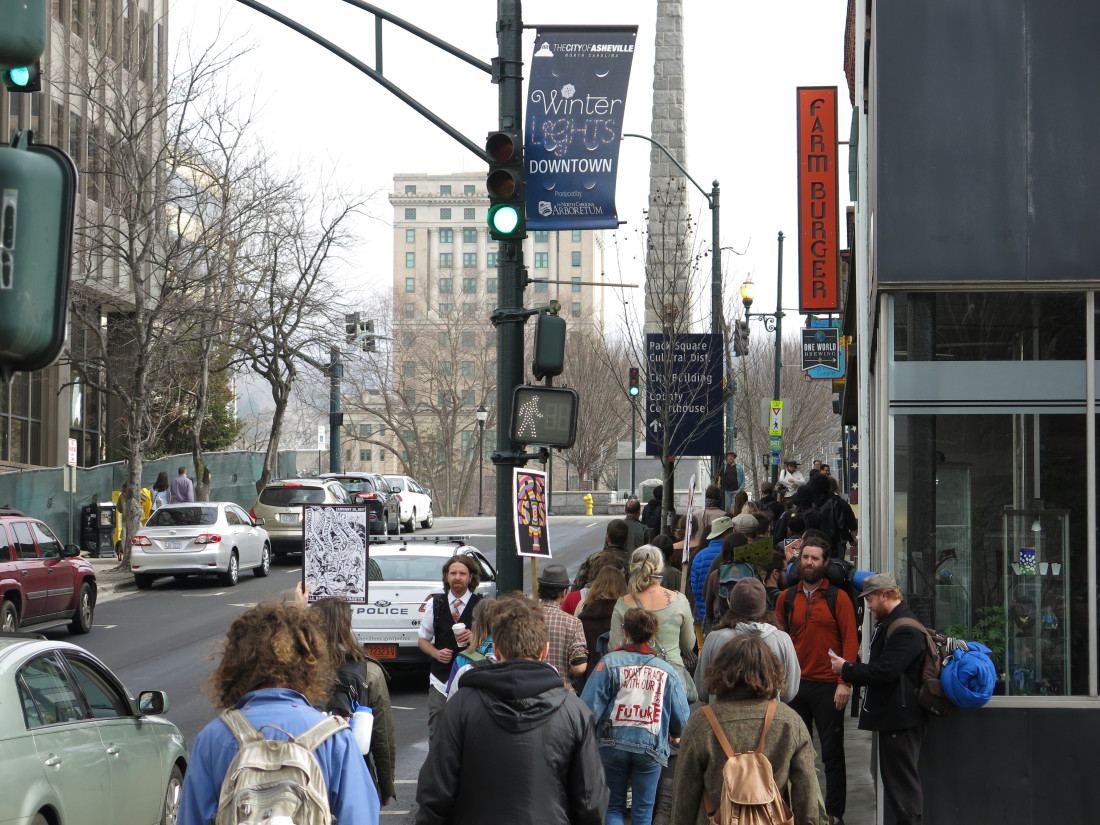 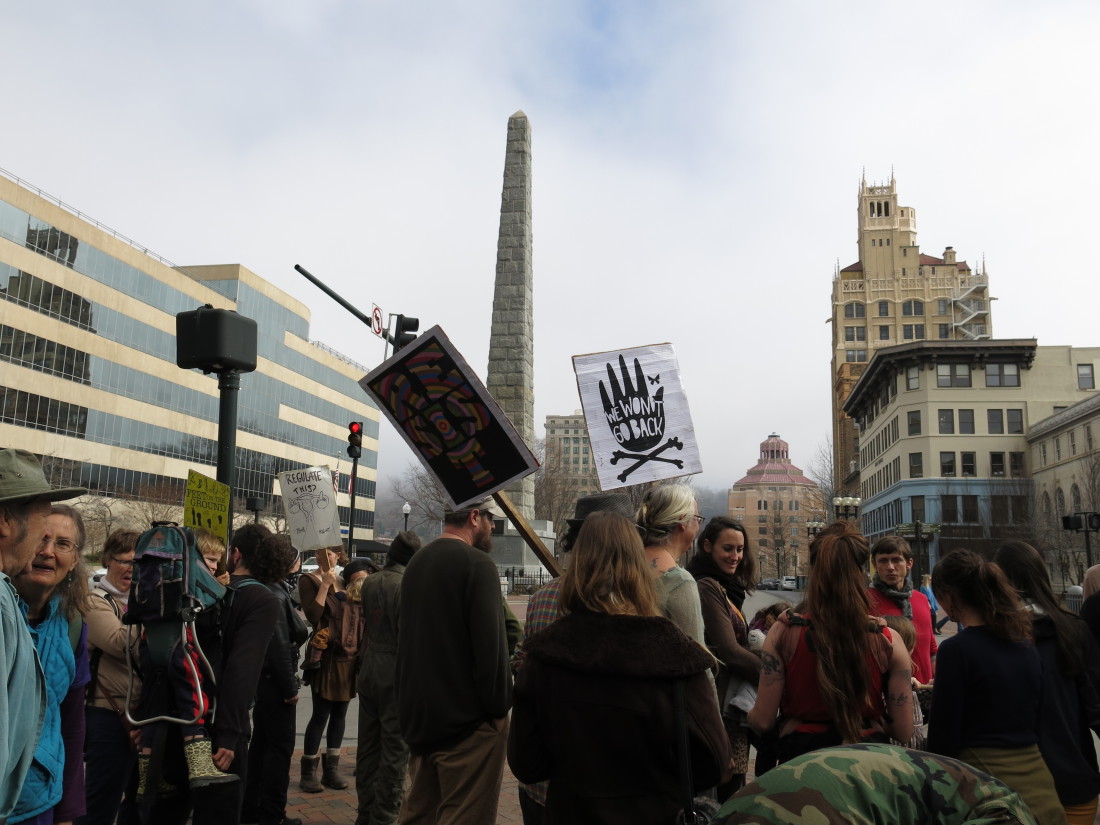 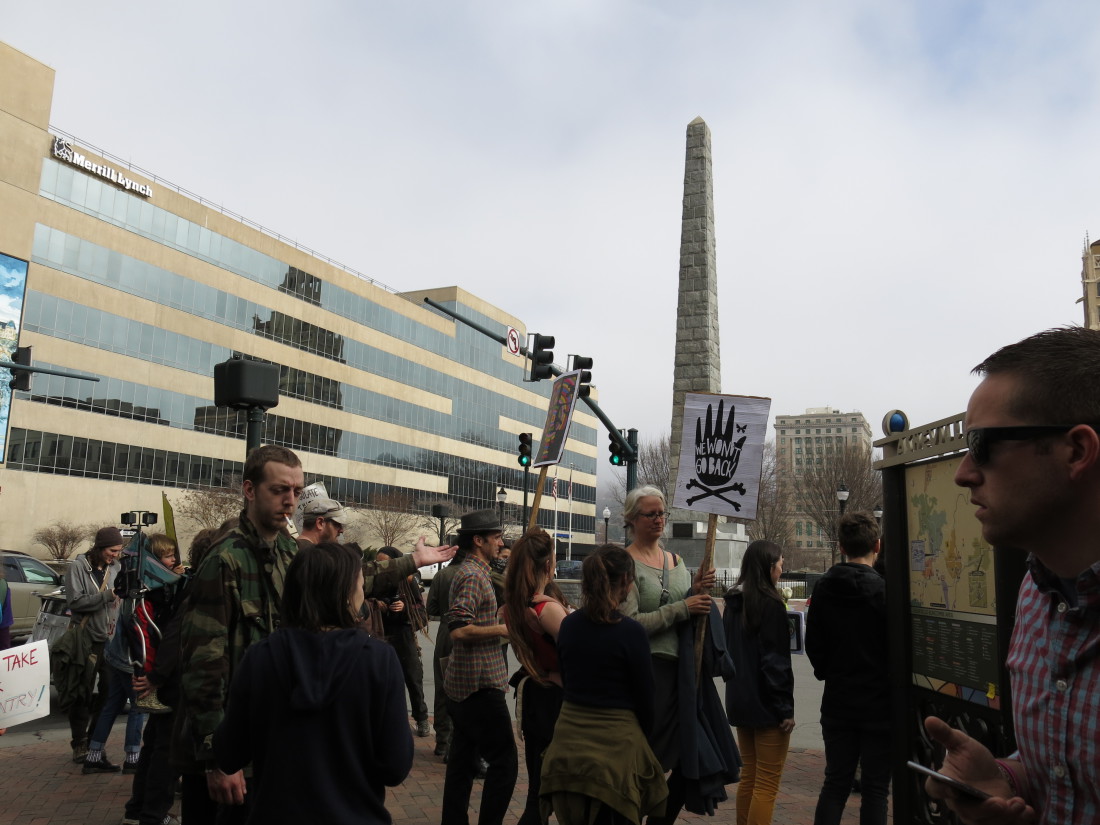 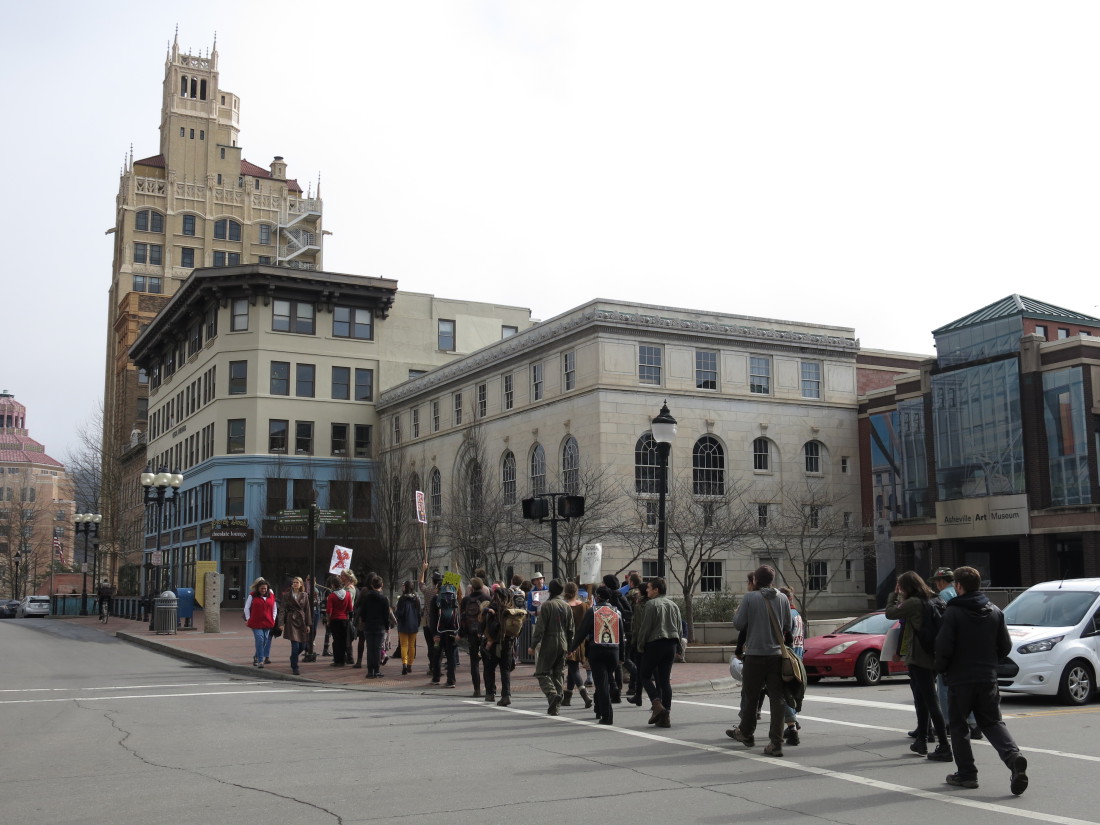 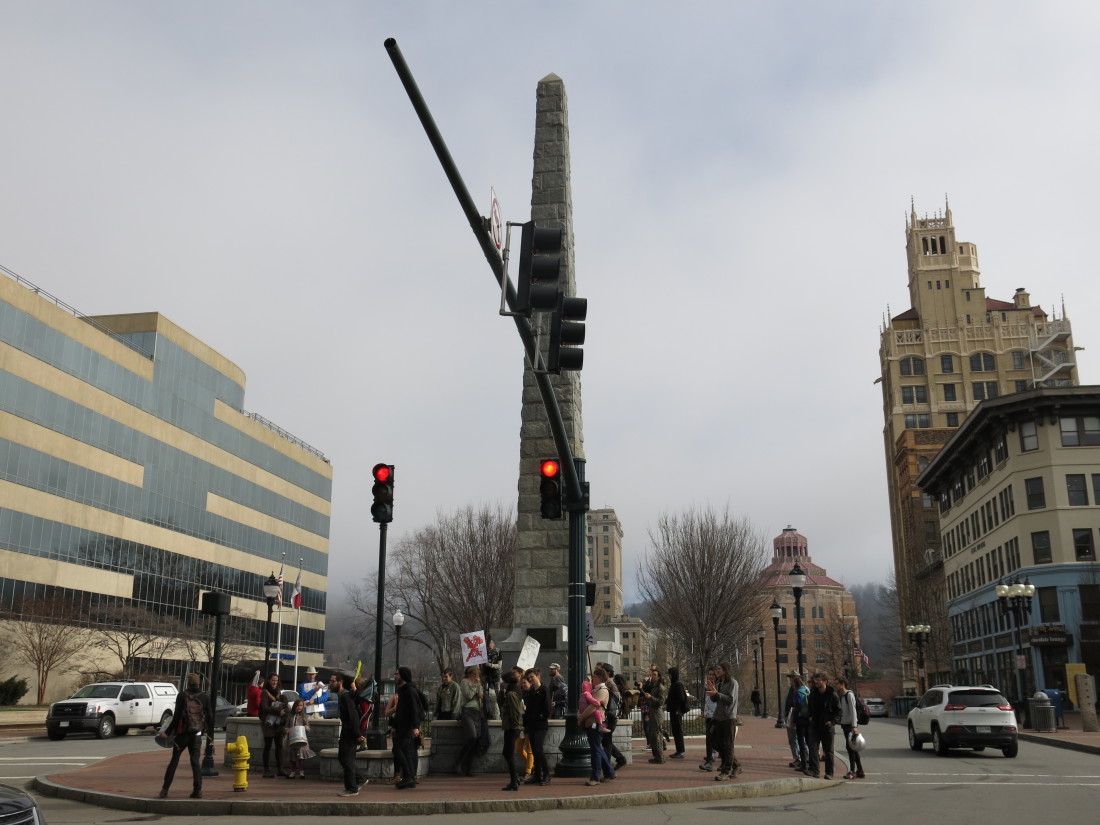 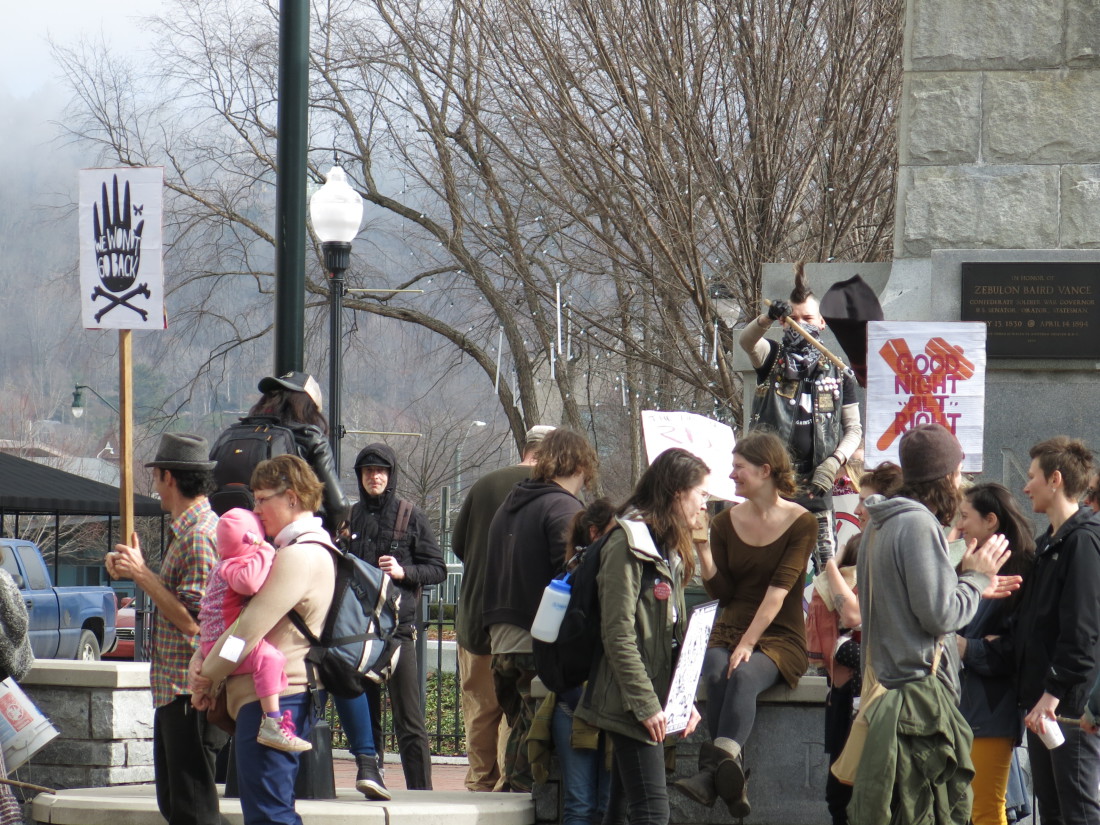