Arrests for climate activism in Asheville are now on the books. As part of a Feb. 14 “Valentine for the Earth” action organized by Extinction Rebellion WNC, the local chapter of the global environmental movement Extinction Rebellion, the Asheville Police Department arrested 16 protesters for obstructing traffic in front of the Veach-Baley Federal Complex on Patton Avenue.

Prior to the arrests, over 100 demonstrators marched down the sidewalk from Pritchard Park, bearing banners and chanting slogans that urged all levels of government to make a more robust response to climate change. Cries of “People over power,” “Who decides? We decide!” and “Tell the truth!” were met with honks from passing motorists.

As those blocking the roadway were escorted into a waiting paddy wagon and squad car, protesters who remained on the street hailed them as “climate heroes” and continued to chant. The group also praised the scientists working for the National Centers for Environmental Information, which is based in the Asheville federal building, with many carrying red heart-shaped signs to show their support.

“The purpose of the blockade is not to inconvenience motorists but to mark a new beginning in North Carolina of escalated action on behalf of our children and communities now threatened by climate change,” Extinction Rebellion WNC wrote in a statement issued before the protest. “Having witnessed with disbelief more than a decade of delay and denial, growing numbers of people now recognize that a global nonviolent movement is our last and only chance to avoid climate catastrophe.” 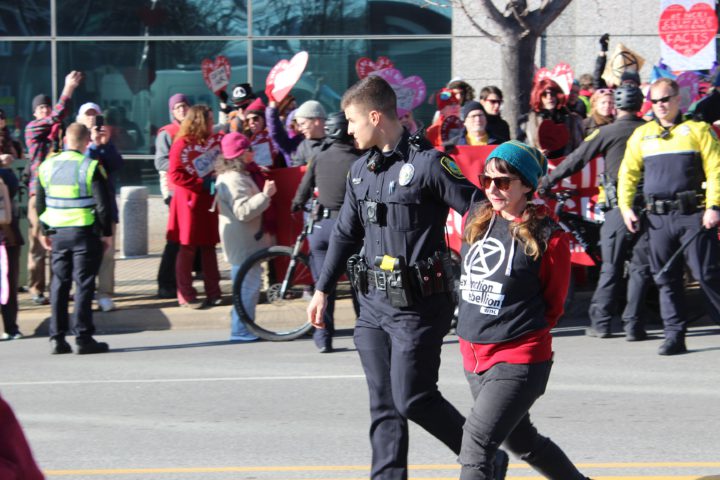 An Extinction Rebellion WNC protester is escorted to a waiting paddy wagon by an APD officer. Photo by Daniel Walton 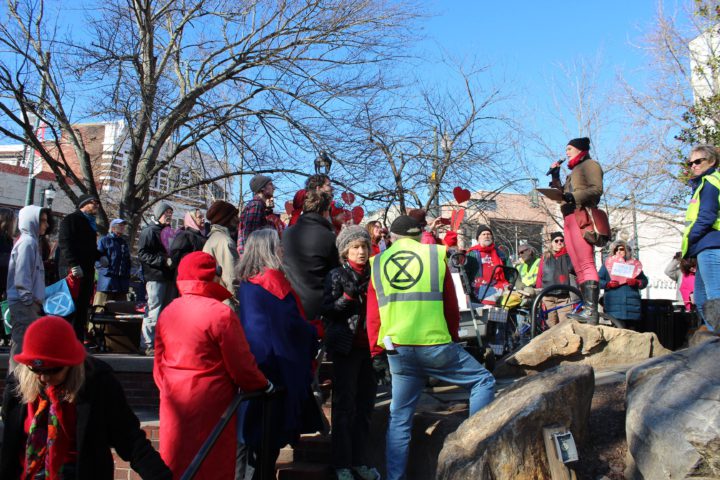 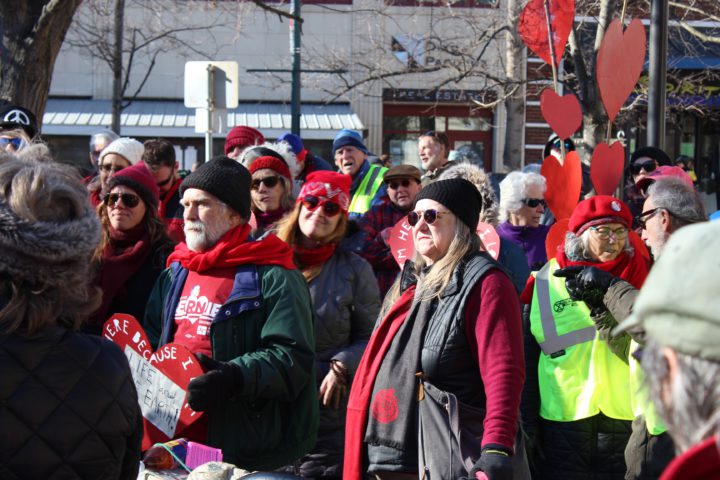 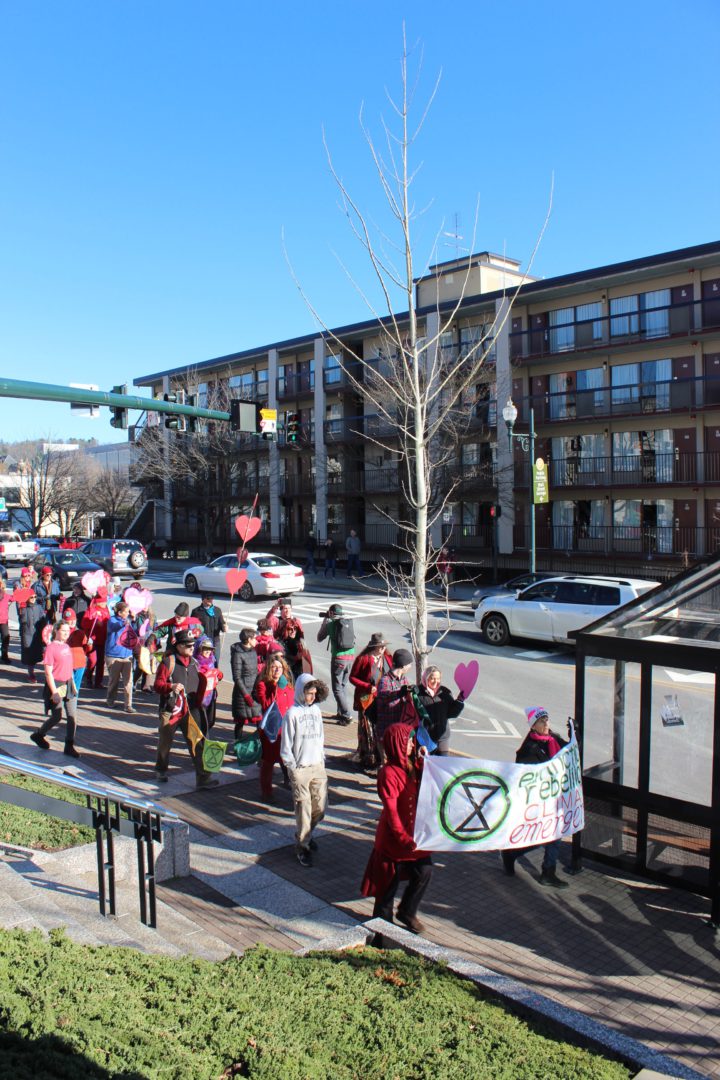 Protesters march down Patton Avenue before setting up in front of the Veach-Baley Federal Complex. Photo by Daniel Walton 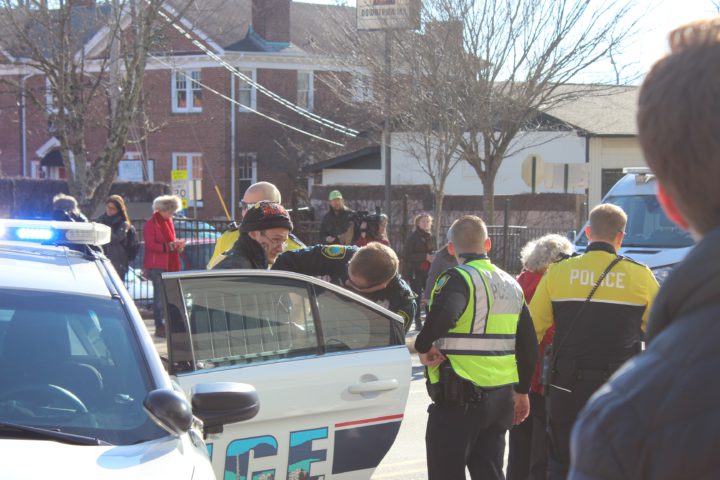 Extinction Rebellion WNC representatives say they informed the APD about their plans to block Patton Avenue before the protest. Photo by Daniel Walton 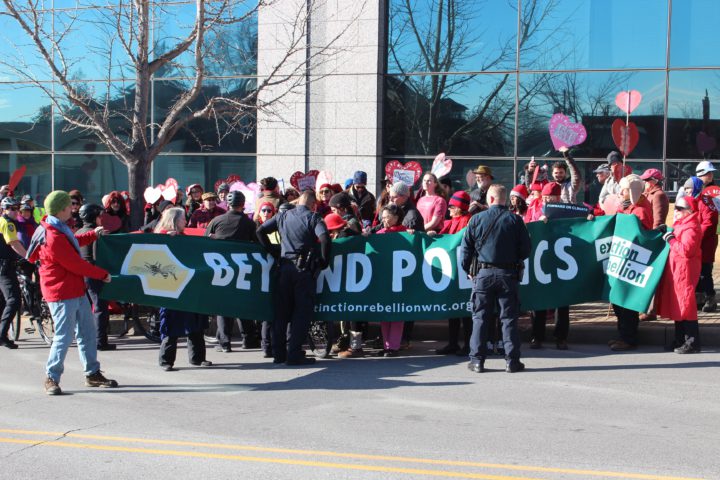 Protesters blocked traffic on Patton Avenue using a banner with the words “Beyond Politics.” Photo by Daniel Walton 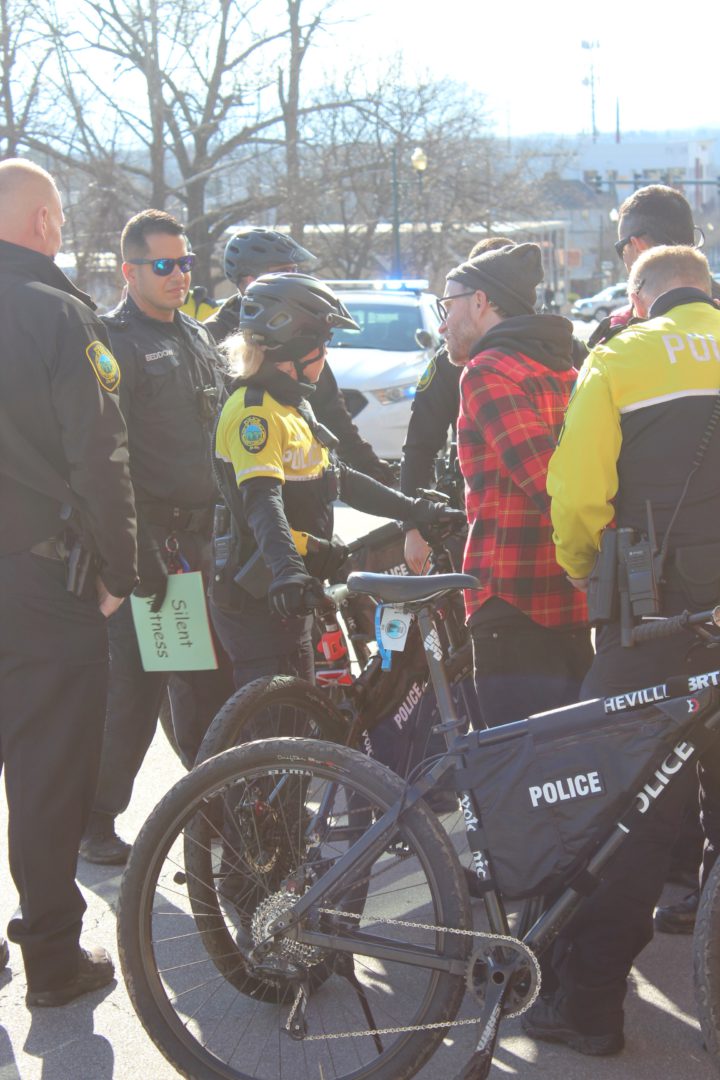 None of those arrested resisted the actions of APD officers, adhering to Extinction Rebellion’s founding principle of nonviolence. Photo by Daniel Walton 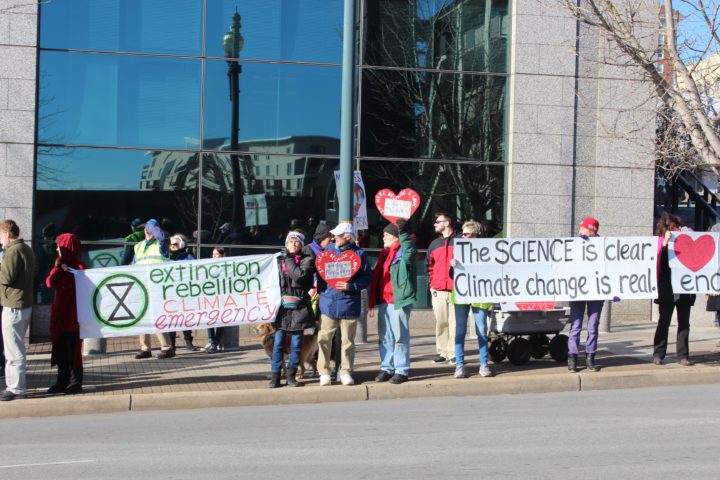 Protesters thanked scientists working for the National Centers for Environmental Information, based in the Asheville federal building, for their efforts to understand climate change. 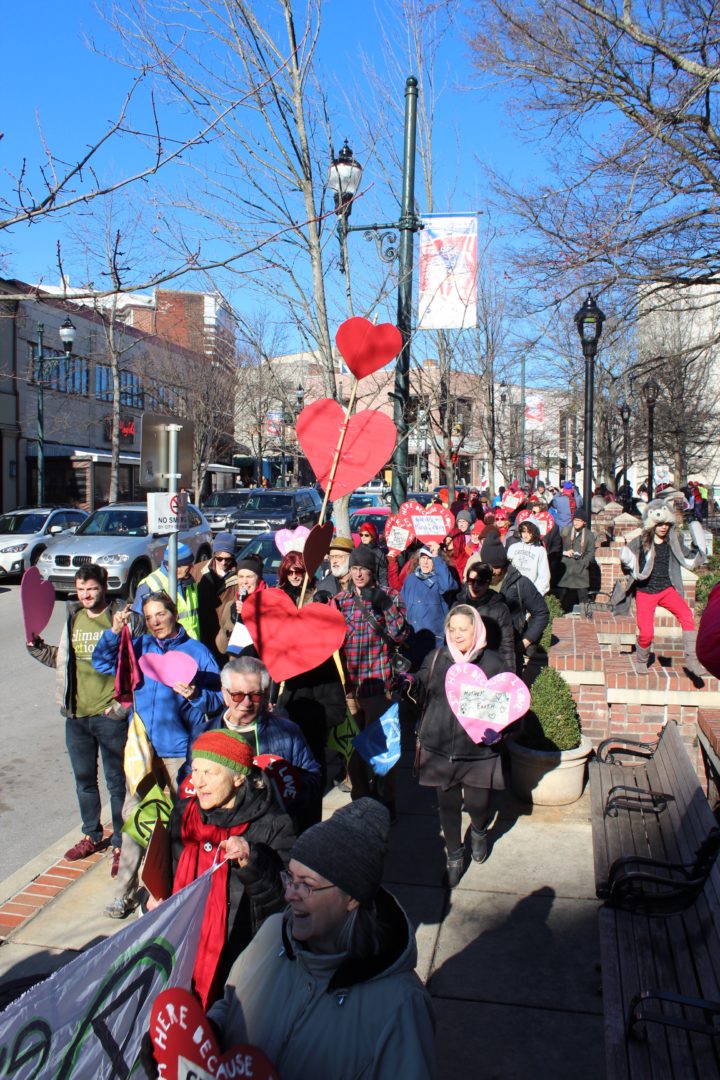 Many protesters bore heart-shaped signs in keeping with the Valentine’s Day theme of the event. Photo by Daniel Walton 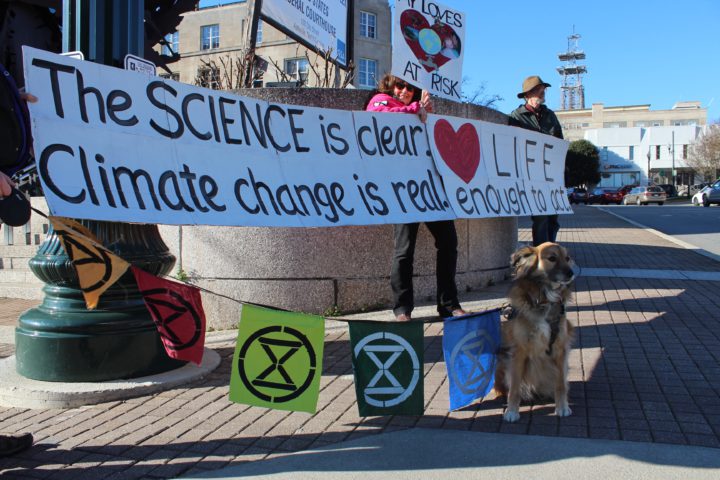 One protester’s service dog took the duty of holding up the end of an Extinction Rebellion banner. Photo by Daniel Walton 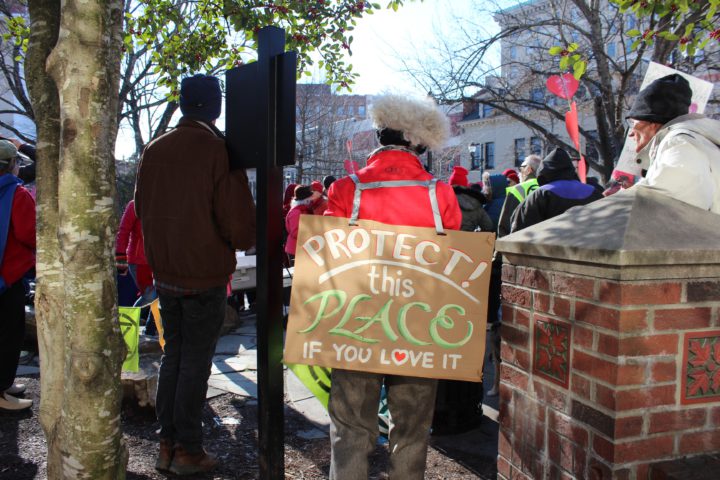 Many of the protest signs encouraged people to act out of their love for the environment. Photo by Daniel Walton