As world leaders met in Spain for a United Nations conference on climate change, Western North Carolina residents converged on Pack Square for their own environmental action on the morning of Dec. 6. Organized by Sunrise Movement Asheville in conjunction with six other area nonprofits, the Asheville Climate Strike for a Green New Deal called for government leaders “to take bold action and treat this like the climate emergency that it is.”

Chief among these demands was that Asheville City Council pass a climate emergency resolution as written by local Sunrise organizers. That language would require City Manager Debra Campbell to designate a “Climate Emergency Mobilization Officer,” who would develop a 10-year “Climate Justice Plan” with strategies for “climate mitigation, resilience, adaptation, engagement, education, advocacy and research and development programs.”

Adding to the political bent of the strike was the presence of numerous candidates running in 2020 elections, as well as current Council member Brian Haynes. Those in attendance included Moe Davis and Steve Woodsmall, both Democratic candidates for U.S. House District 11; Ben Scales, Democratic candidate for N.C. Senate District 49; and Asheville City Council candidates Shane McCarthy and Kim Roney.

Over 40 Sunrise members broke off from the main event to occupy Asheville City Hall in support of the climate emergency resolution. As of press time, Sunrise reported that 22 of its members were being arrested for trespassing after entering the city manager’s office. 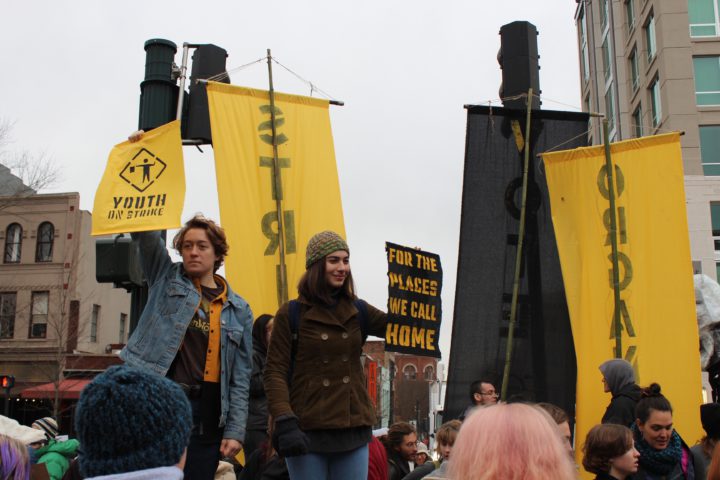 Protesters with Sunrise Movement Asheville gather at the Vance Monument for the Asheville Climate Strike. Photo by Daniel Walton 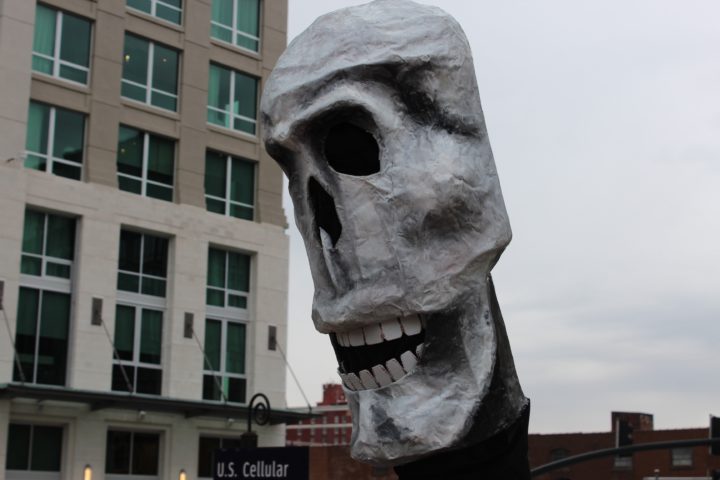 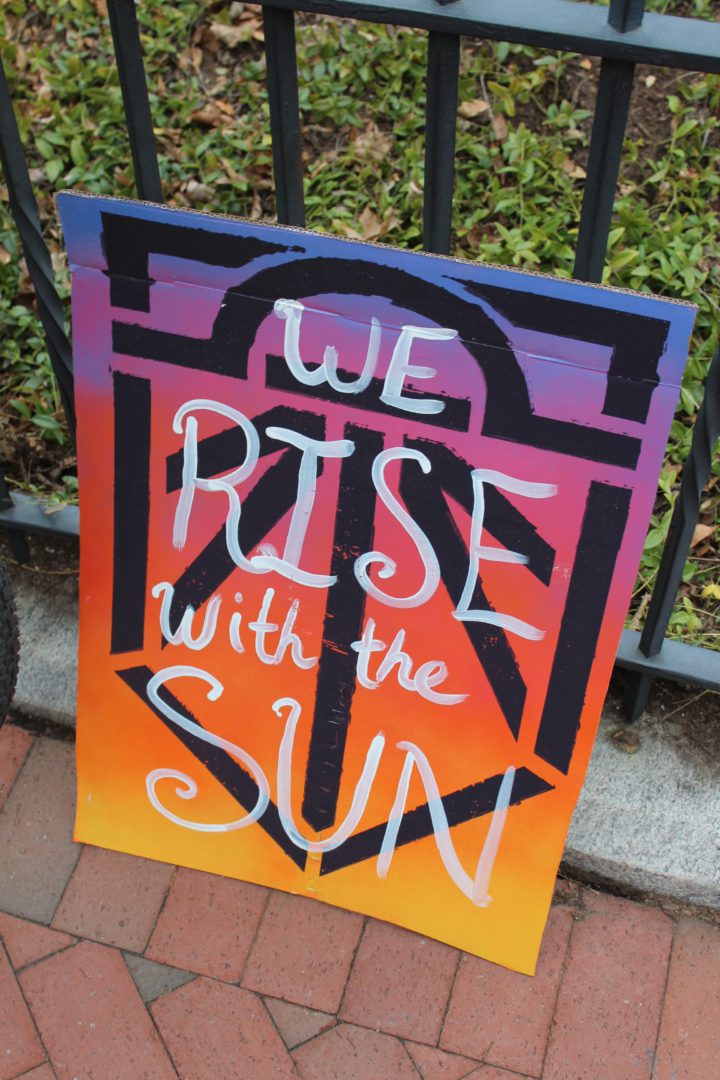 Many signs noted the strikers’ affiliation with the Sunrise Movement, a national organization that established a local chapter in February. Photo by Daniel Walton 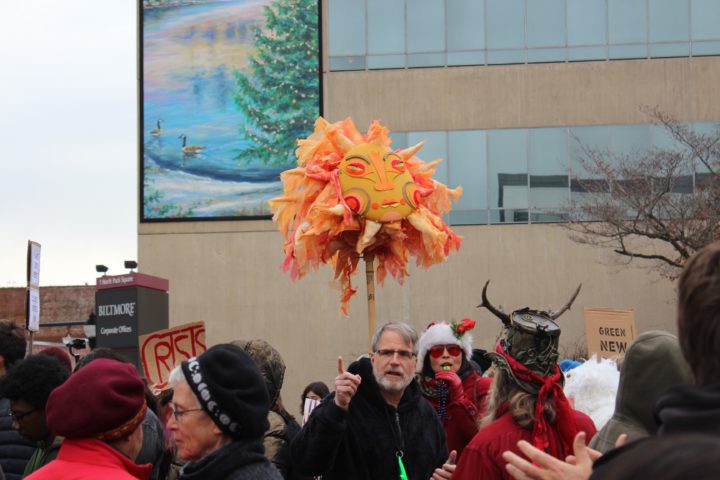 Art and costumes were on display throughout the Asheville Climate Strike. Photo by Daniel Walton 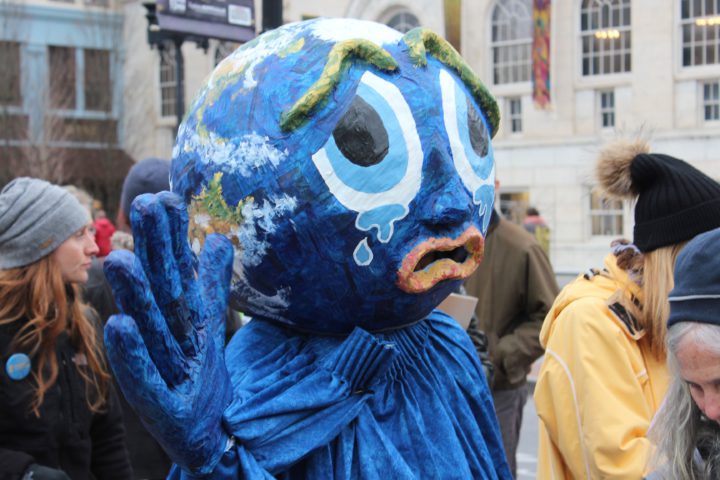 One costume represented the planet weeping over the damage caused by climate change. Photo by Daniel Walton 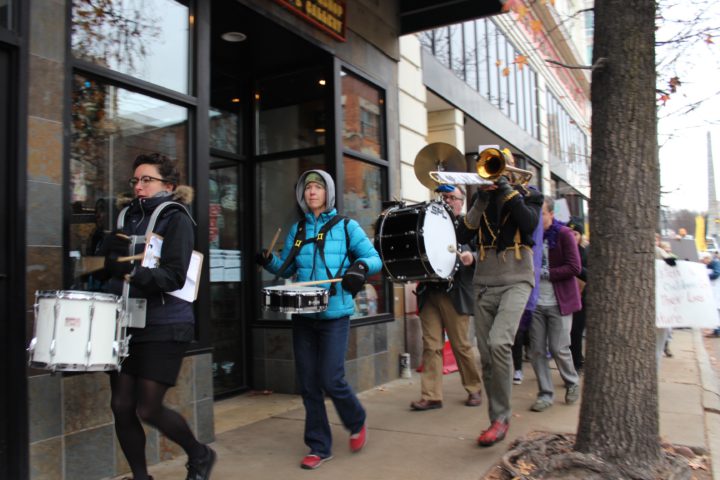 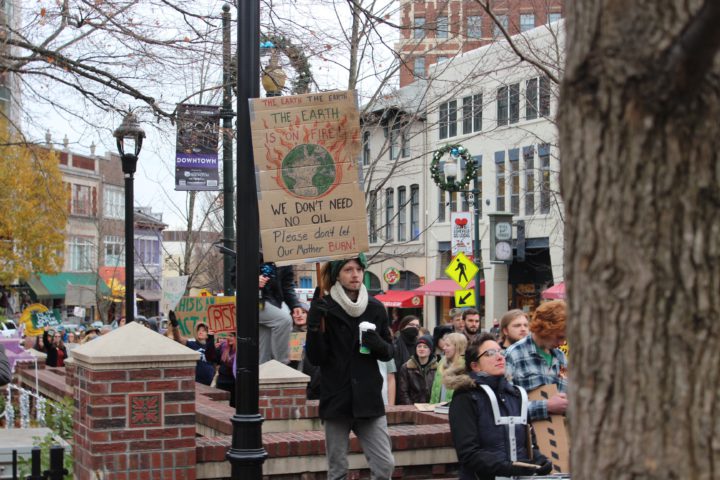 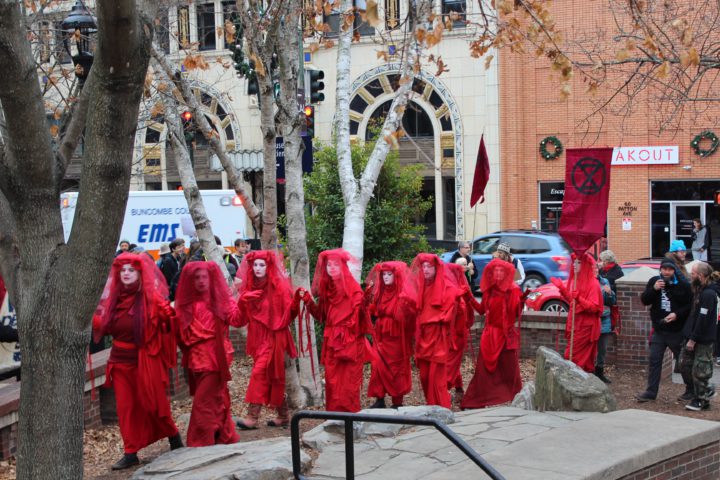 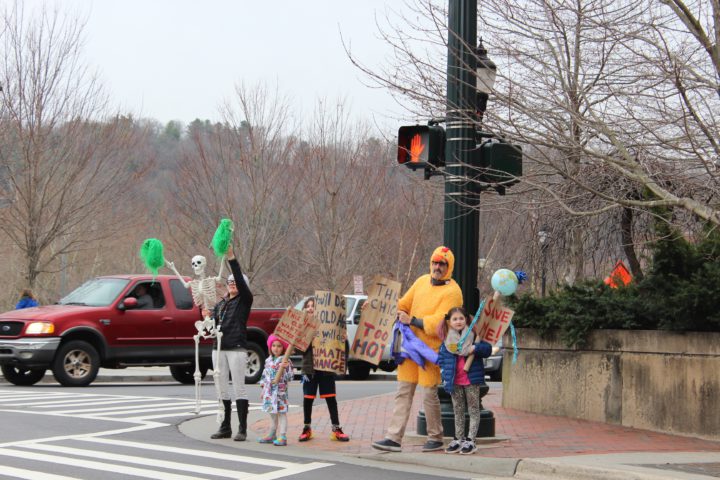 Many strikers at the event attended as families. Photo by Daniel Walton 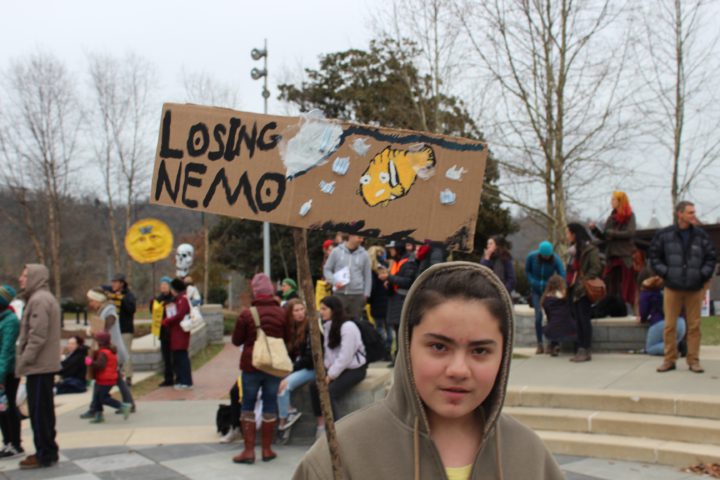 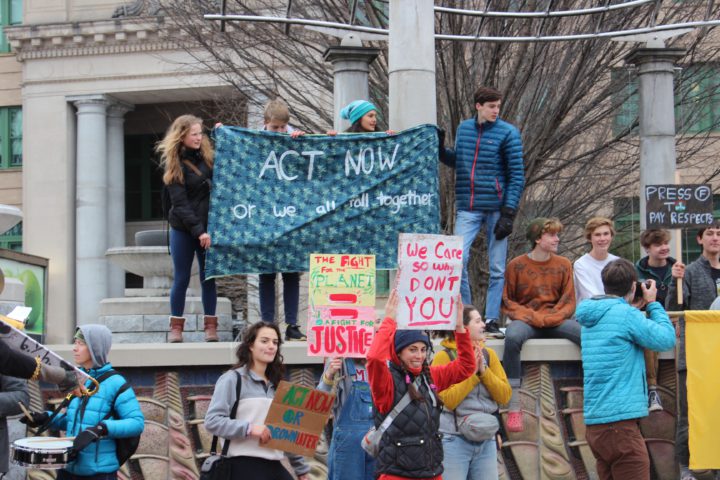 At the end of the strike, protesters gathered at Pack Square Park to listen to speakers. Photo by Daniel Walton 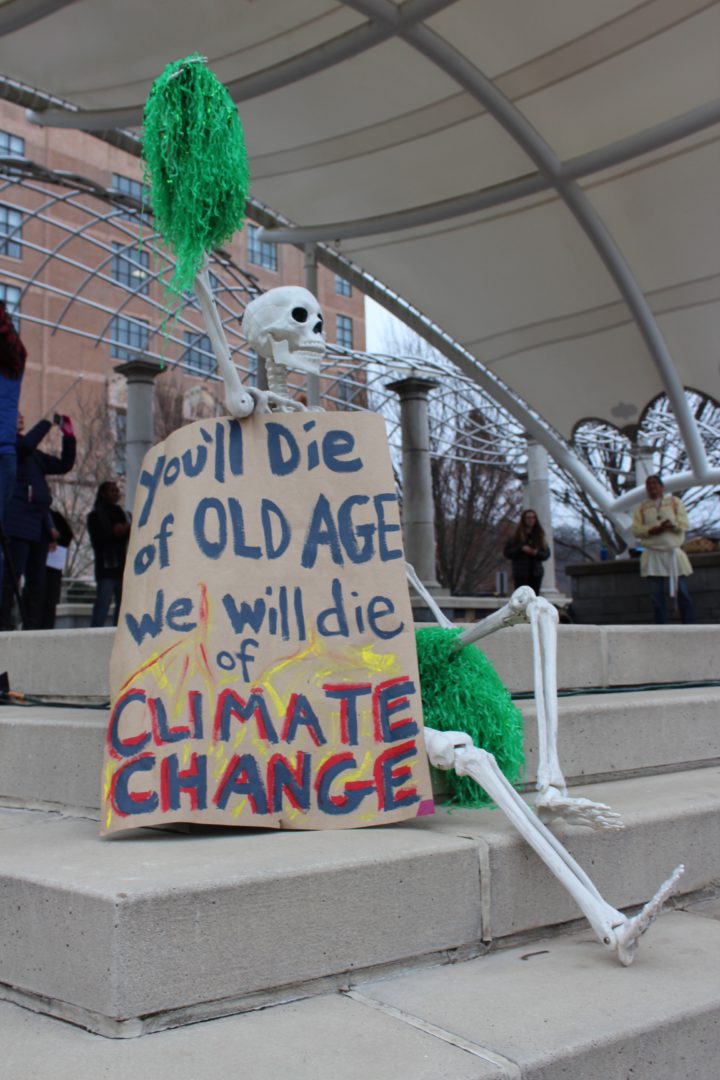 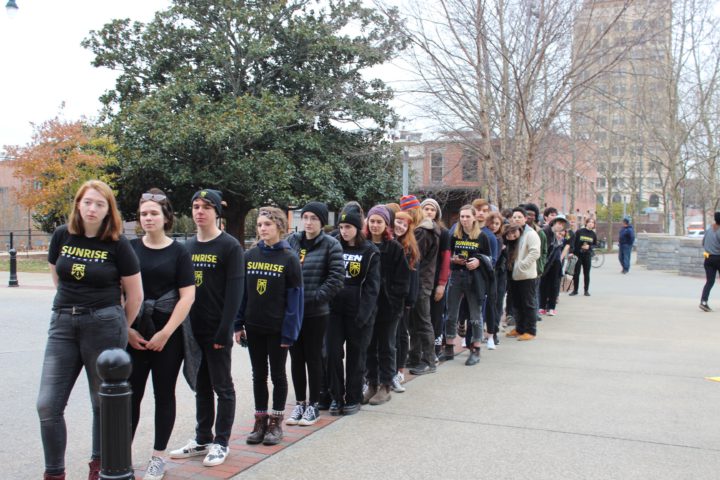