A rally against gun violence at Pack Square in Asheville on Feb. 18 drew upward of 250 participants. In the wake of the Feb. 14 shooting at Marjory Stoneman Douglas High School in Parkland, Fla., where 17 people were killed, locals planned the event in conjunction with the national Moms Demand Action for Gun Sense in America and Everytown for Gun Safety rally.

A group of mothers put together the Asheville rally in less than 48 hours, according to Katie Locke, an event organizer. The effort arose from social media discussions over what to do locally after the mass shooting in Florida, one of the deadliest of the more than 200 school shootings since the Sandy Hook Elementary School shooting in 2012.

Rev. Sara Wilcox, pastor of Land of the Sky United Church of Christ, asked those gathered to recognize that “this world, though broken and hurting, is filled with beautiful people,” and led the crowd in prayer, asking God to take away the fear that breeds suspicion of neighbors and the nation’s love of violence and “give to us wisdom that we may be the change we seek.” In a running theme among the speakers, Wilcox accused politicians of offering thoughts and prayers but no solutions.

Other speakers included Buncombe County Commissioner Jasmine Beach-Ferrara, District 115 N.C. Rep. John Ager, an Asheville High School student, an alumnus of Stoneman Douglas, musicians and teachers. Those who spoke recognized the victims of the school shooting in Florida and expressed their desire for legislation that could prevent mass shootings and rein in gun violence.

Alex Davis, who graduated from Stoneman Douglas and now lives in Asheville, shared his sorrow at the tragedy inflicted on his alma mater but also his pride at the student reaction. He said he was amazed by the poise exhibited by students as they spoke out for change in the national media. “I want Stoneman Douglas High School to be remembered as the tipping point, the straw that broke the camel’s back,” Davis said. He added that there is much to disagree about when it comes to gun legislation, but he suggested people start by agreeing that children deserve better.

Ager, a Democrat, asked the crowd to stay vigilant until November, when they would have the opportunity to effect change. He said as a farmer, he knows the importance of owning a gun as a “tool of the trade,” but he also knows “responsible gun owners have the most to gain from common-sense gun control laws.”

Ager listed gun laws he would support, including working with law enforcement to restrict access to guns for people displaying risky or unsafe behavior, a system of background checks and waiting periods, ending the “gun show loophole” and banning “military-grade guns.”

Isabel Hardwig, a 14-year-old freshman at the School of Inquiry and Life Sciences at Asheville, spoke on behalf of students who are feeling shocked and disturbed by the risk of gun violence in schools. She said in the days following the Parkland shooting, she has seen conversations shift among her peers, with many of them feeling that adults need to take action on gun legislation. “I don’t feel safe,” she said. “I don’t feel protected, and nothing is being done to change that.” 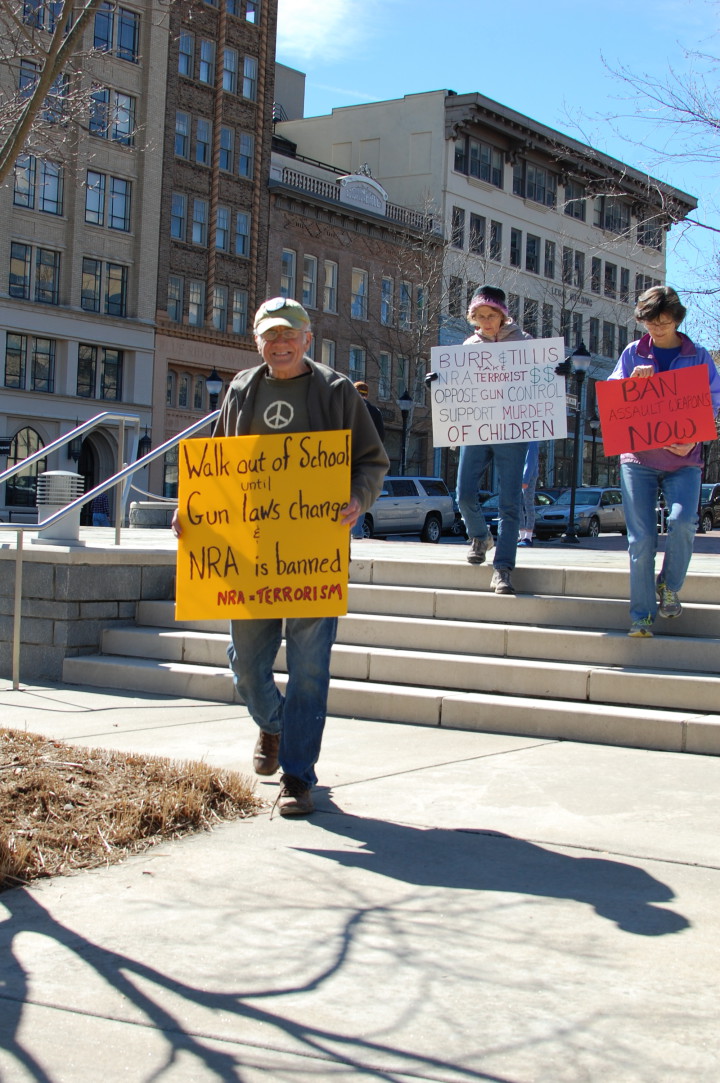 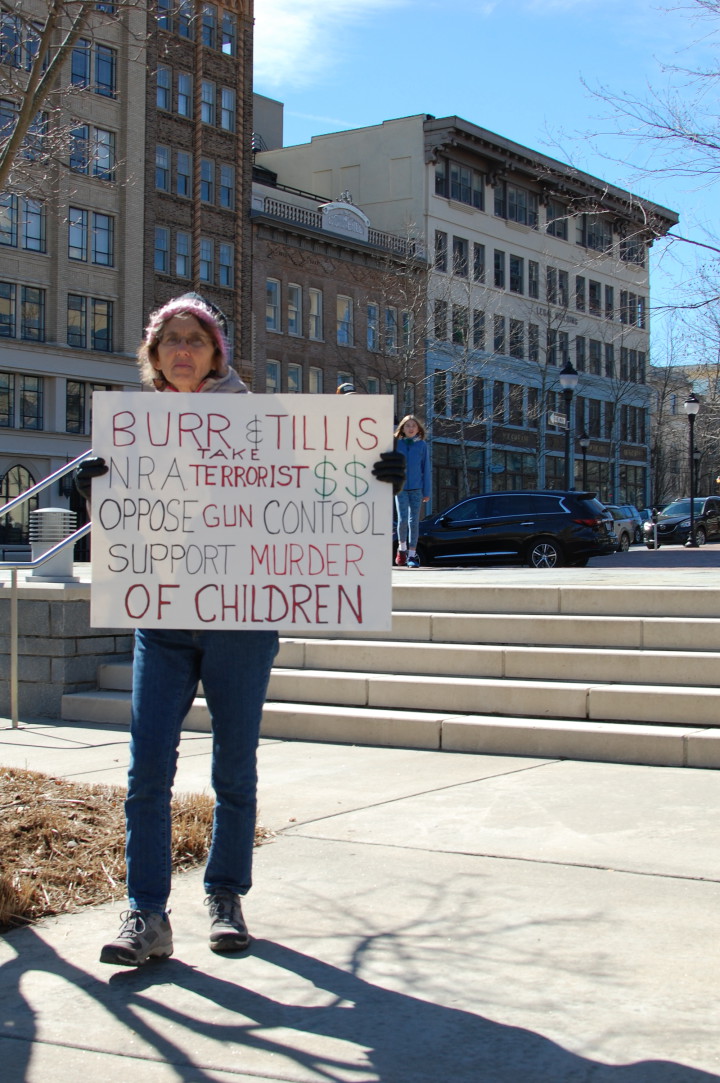 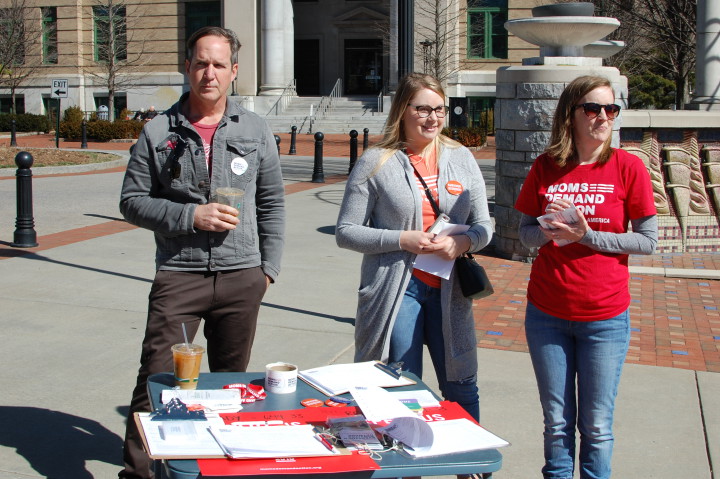 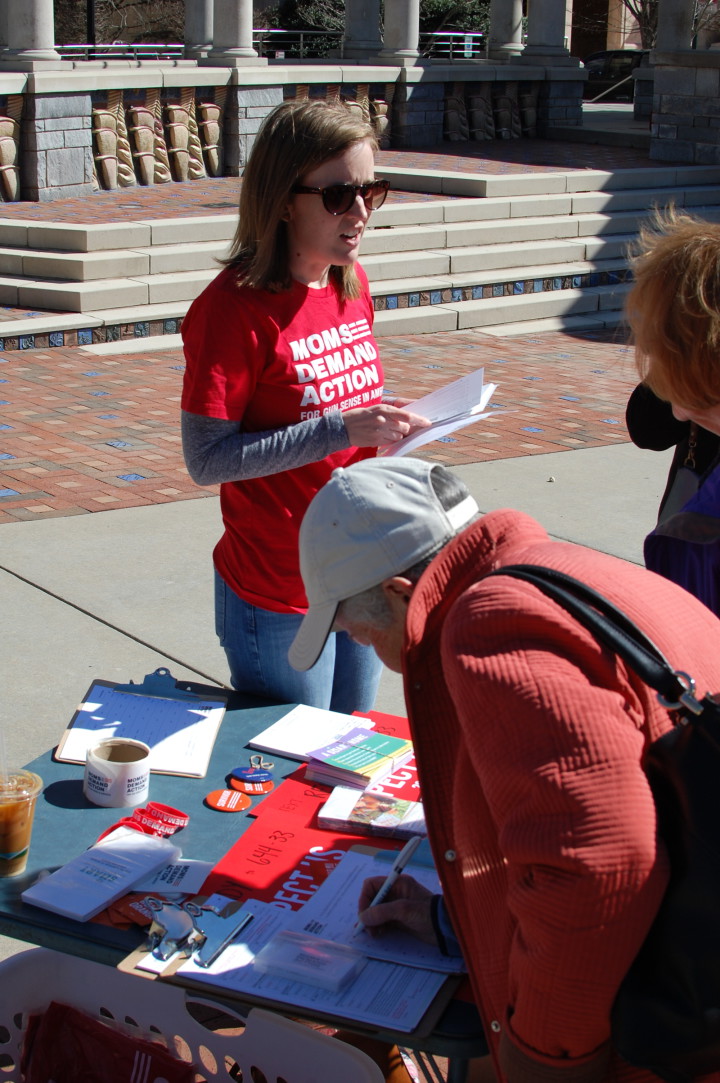 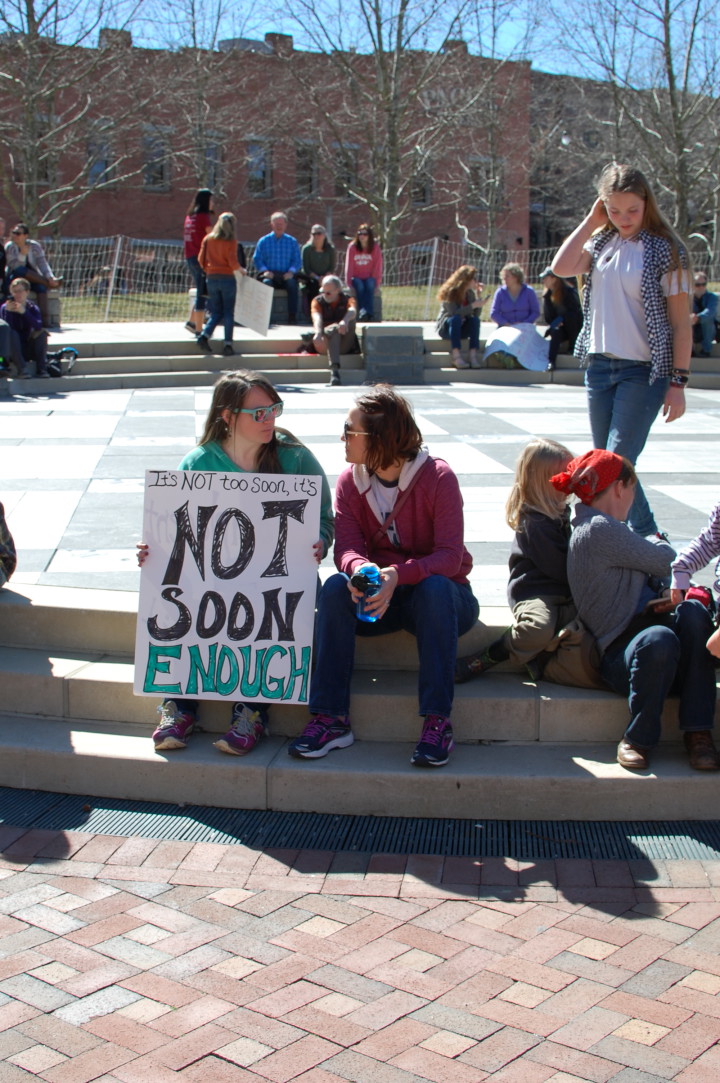 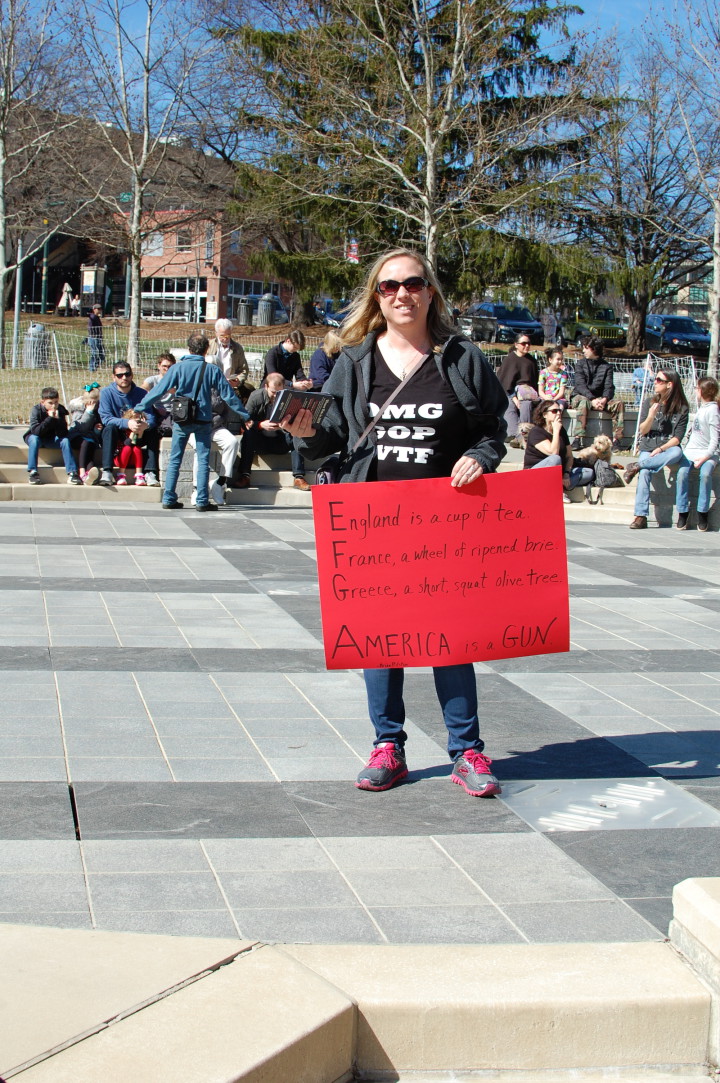 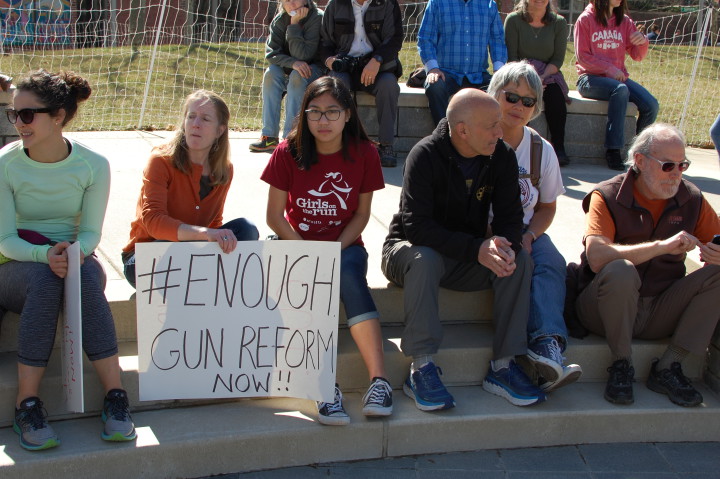 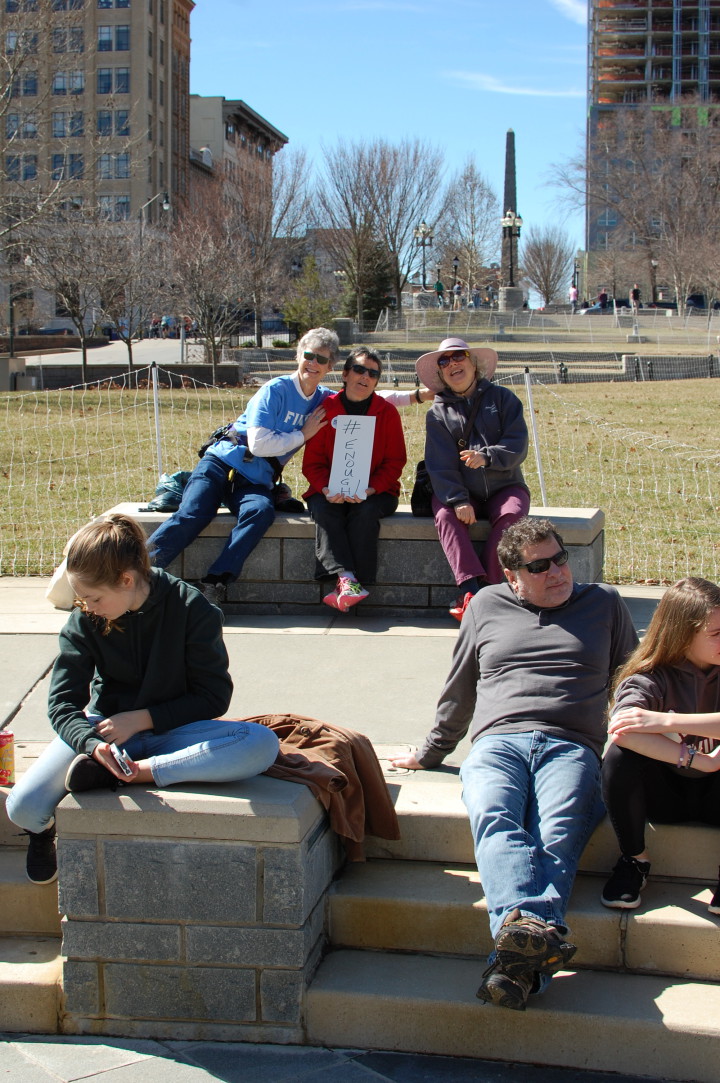 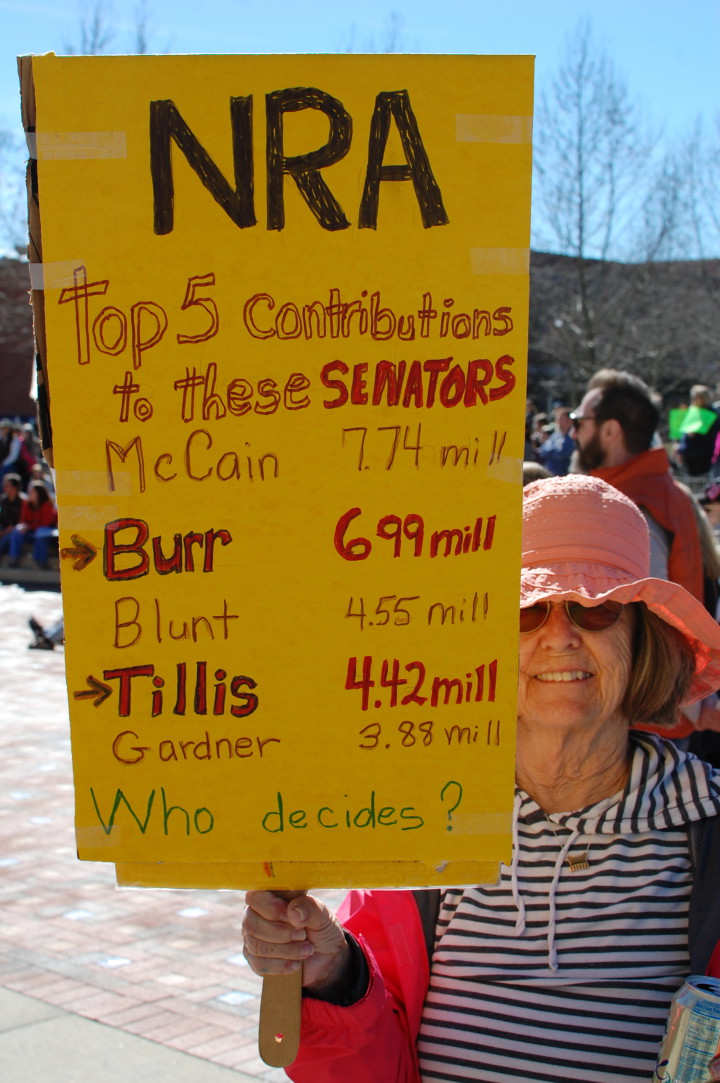 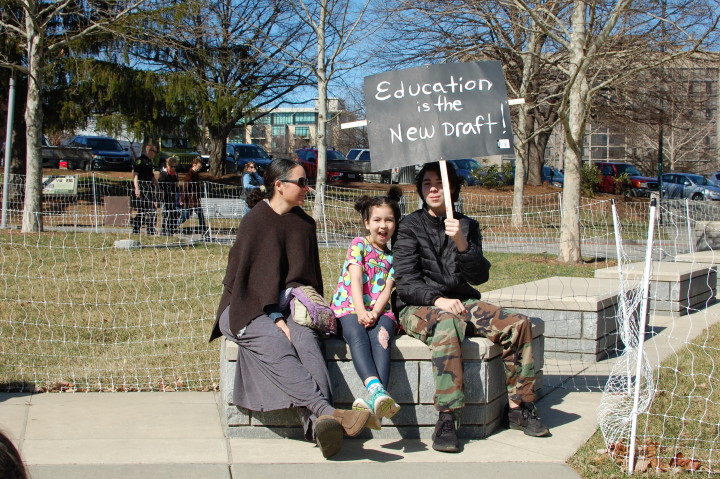 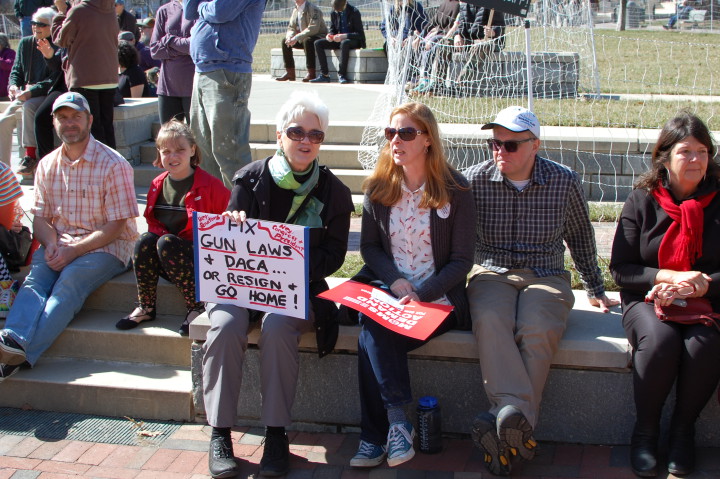 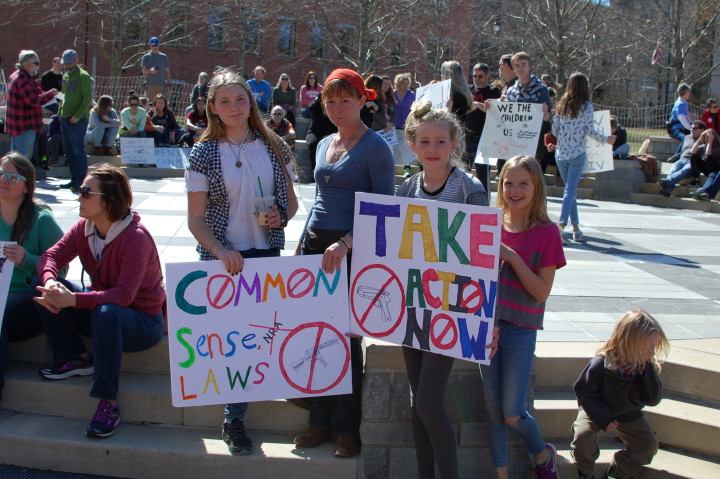 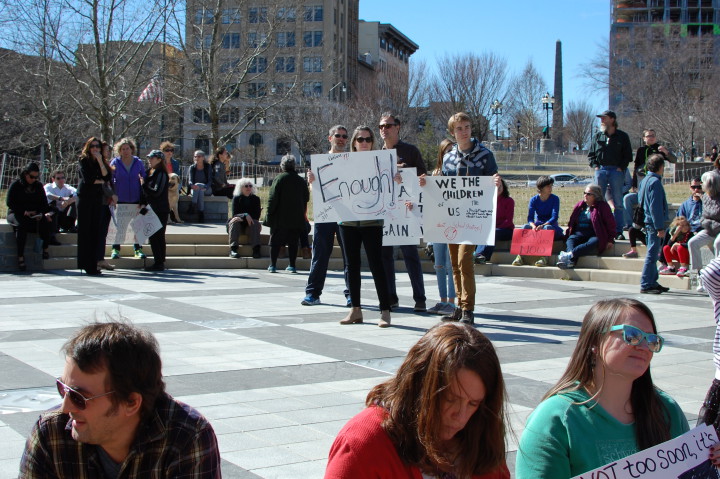 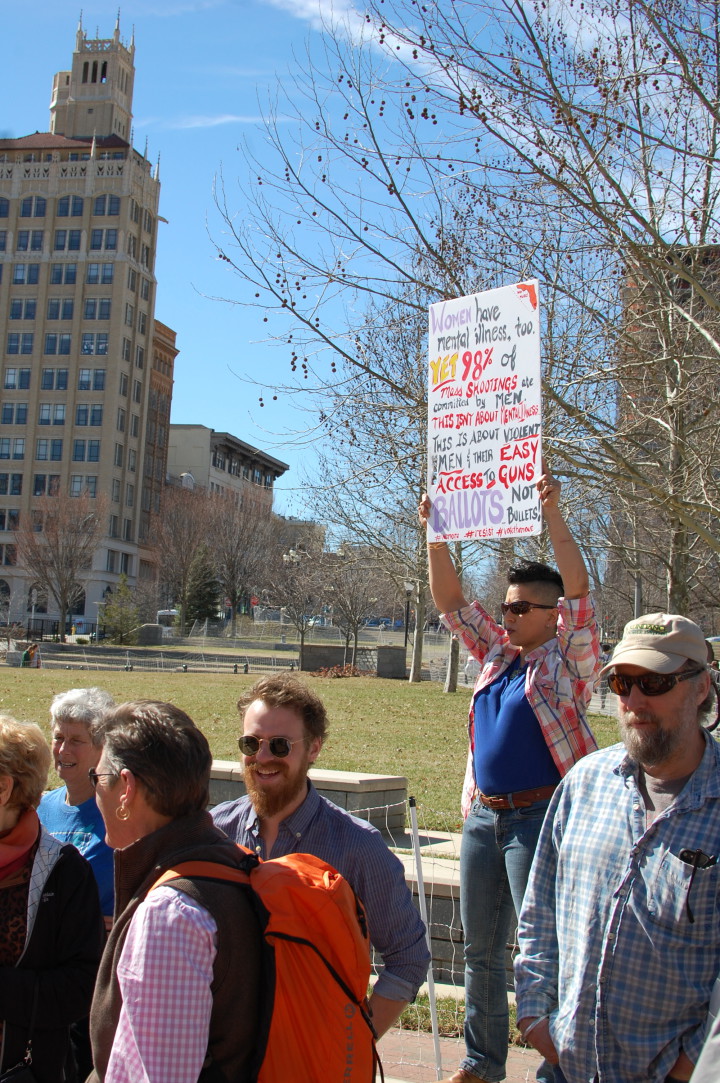 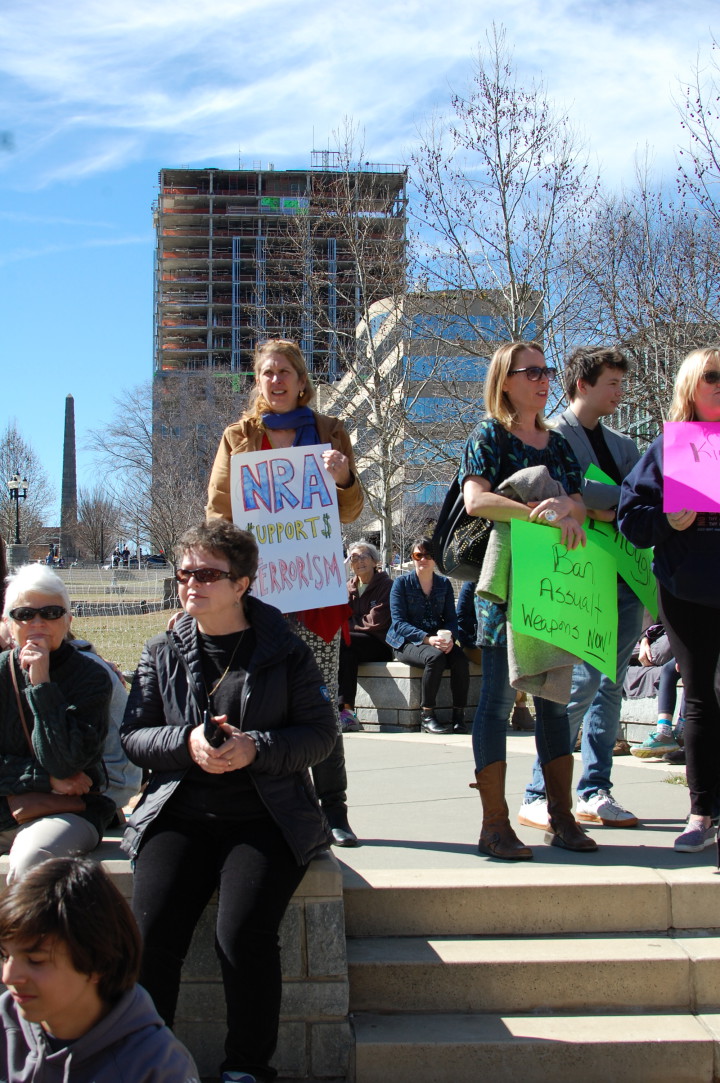 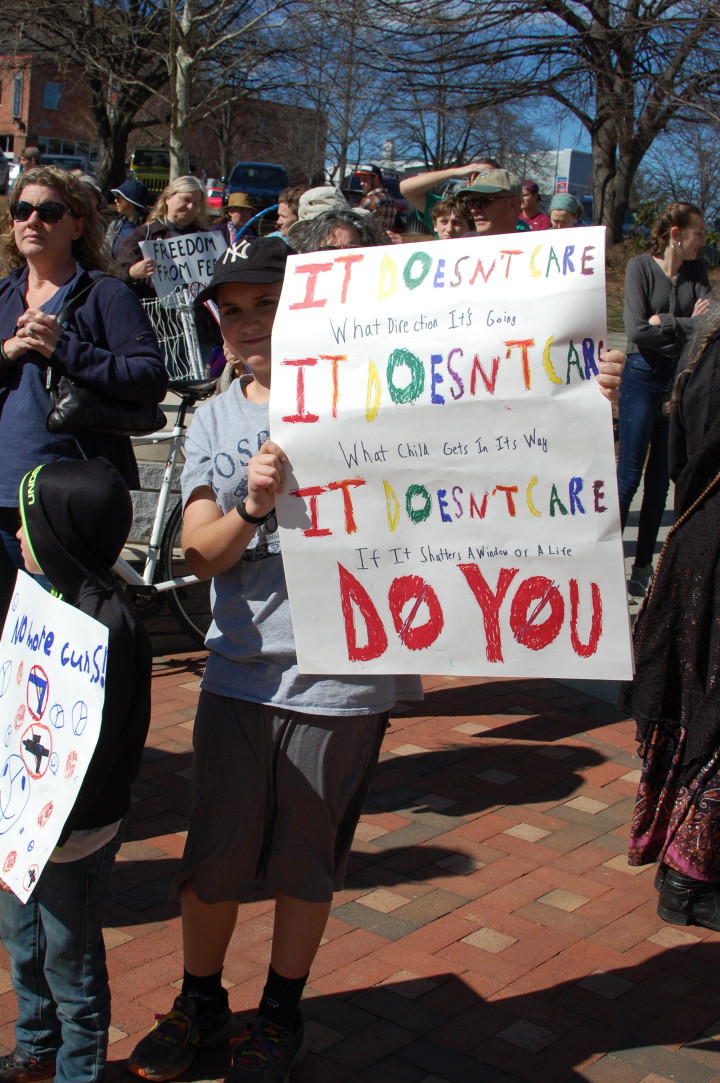 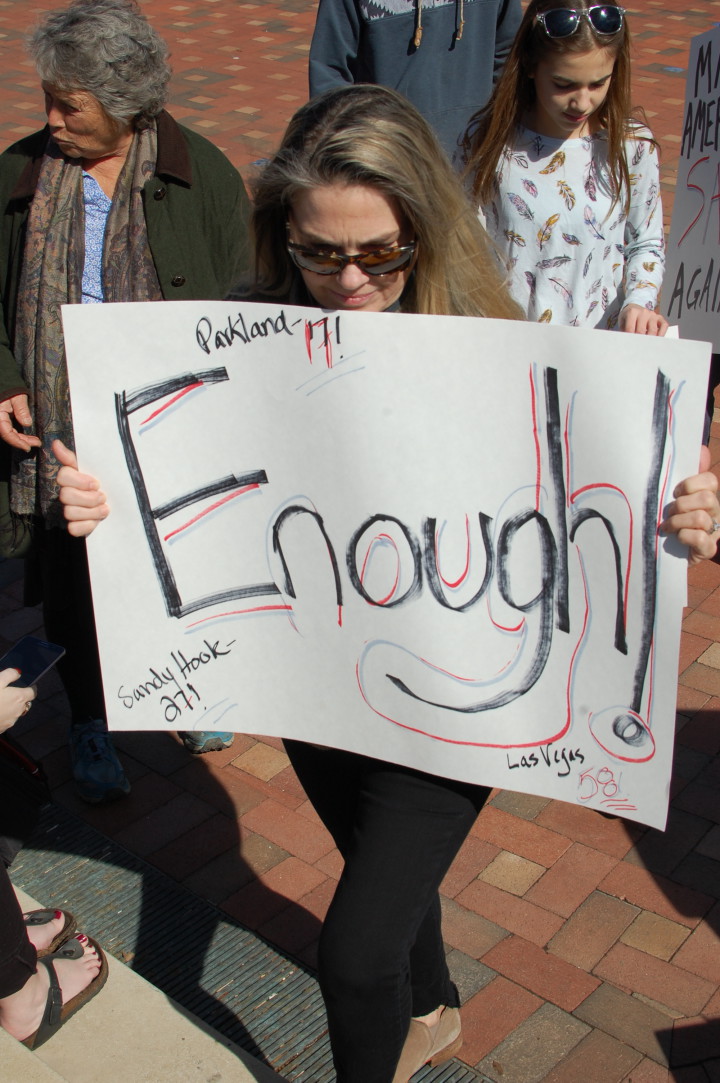 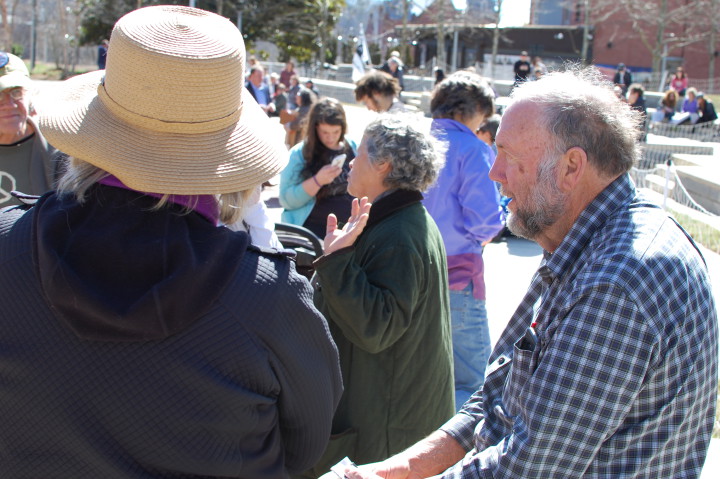 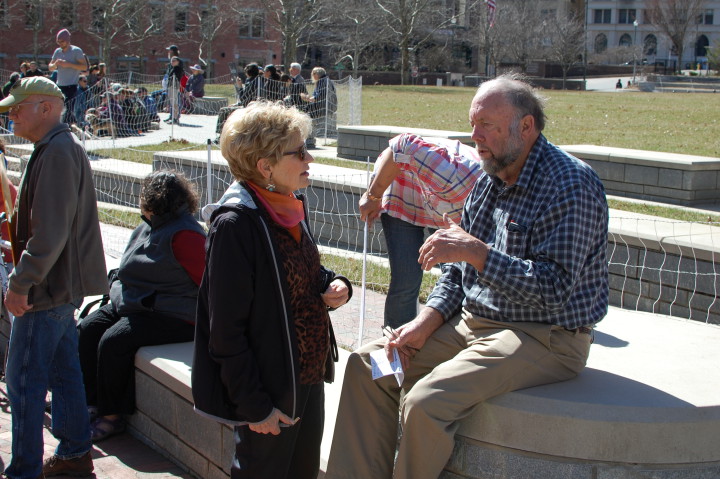 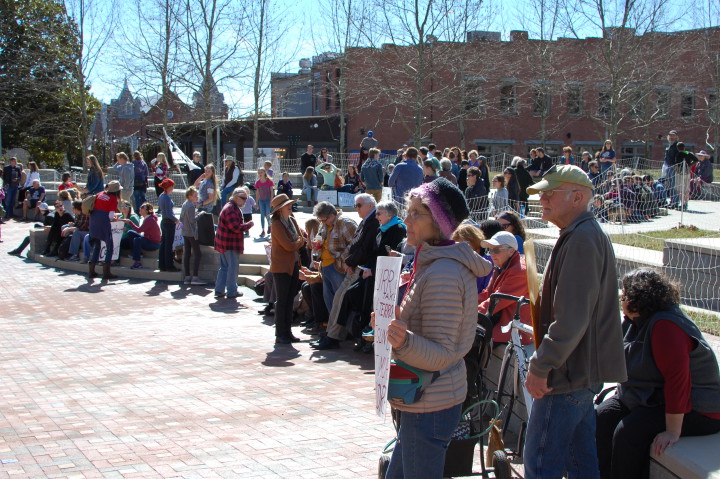 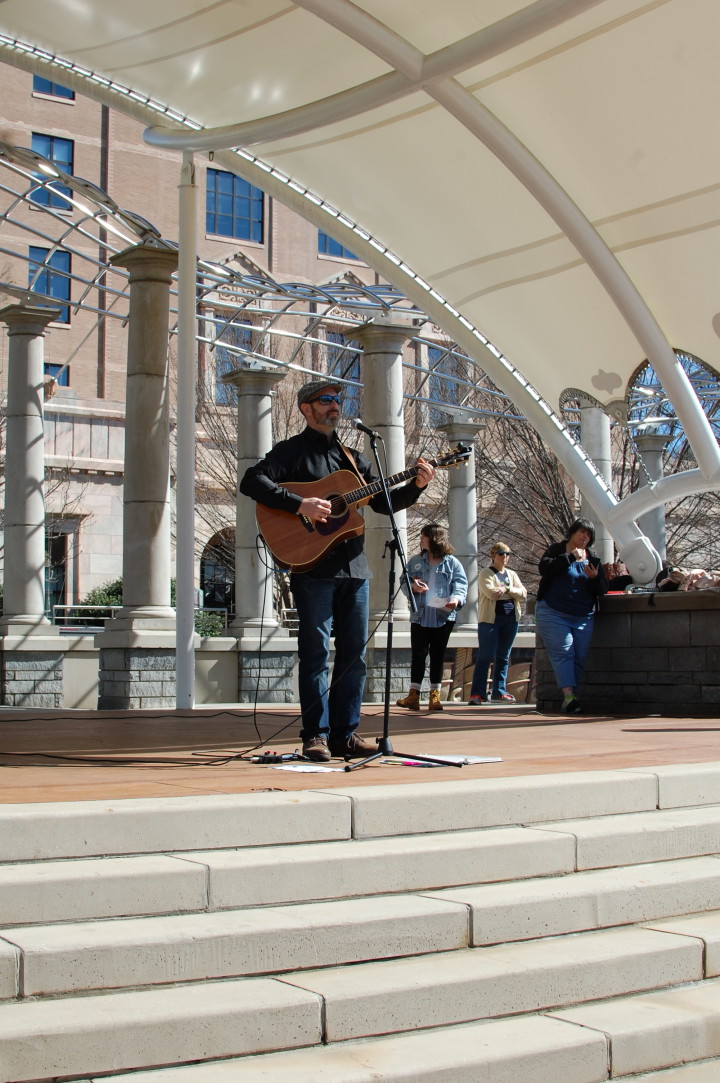 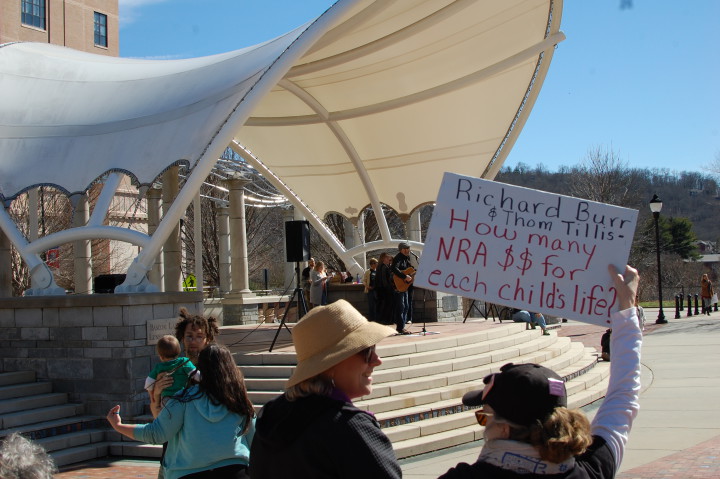 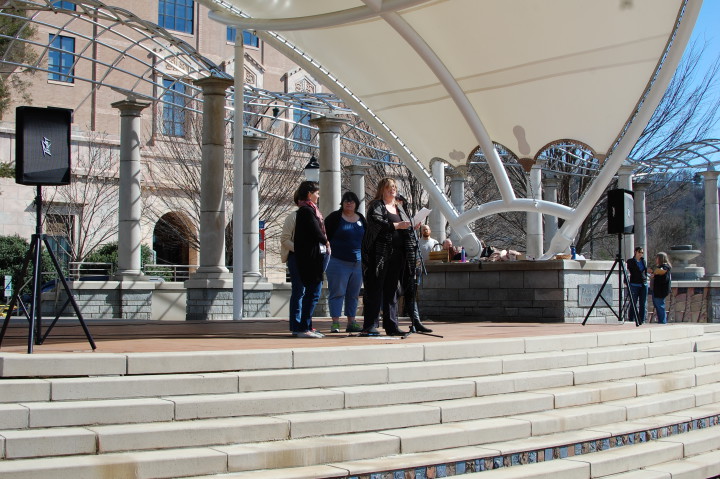 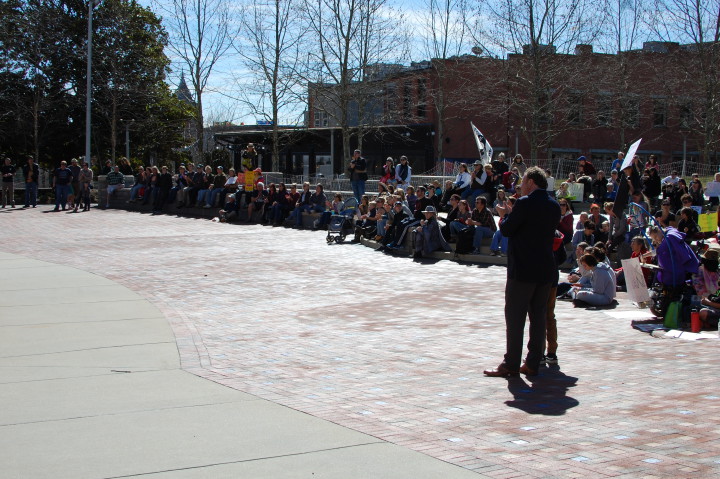 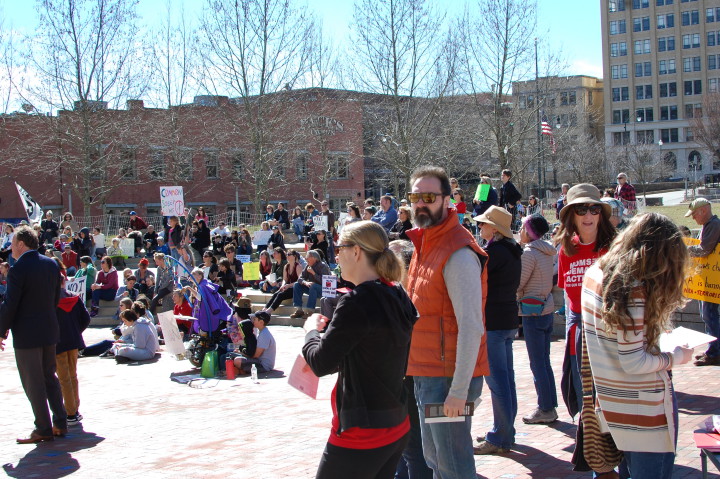 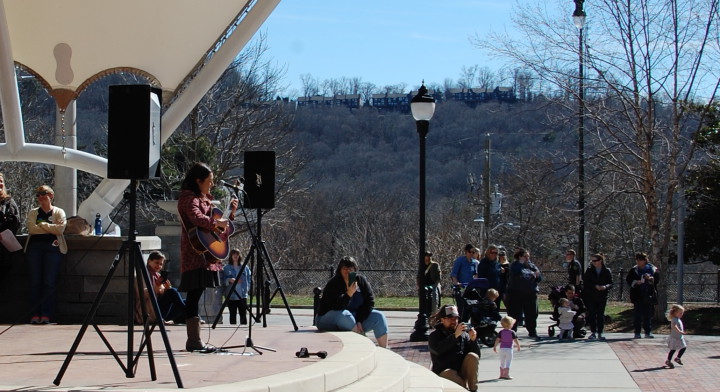 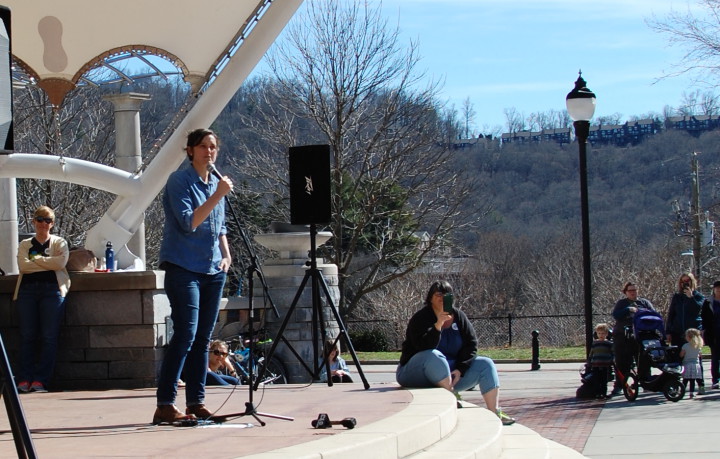 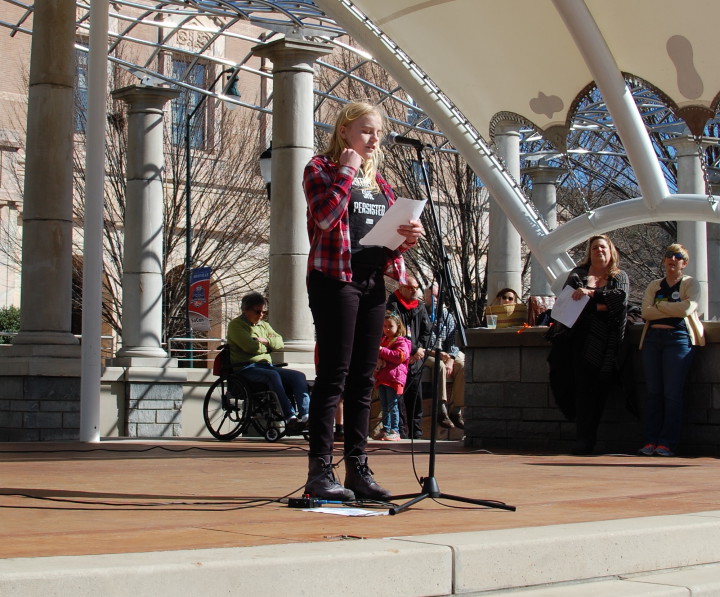 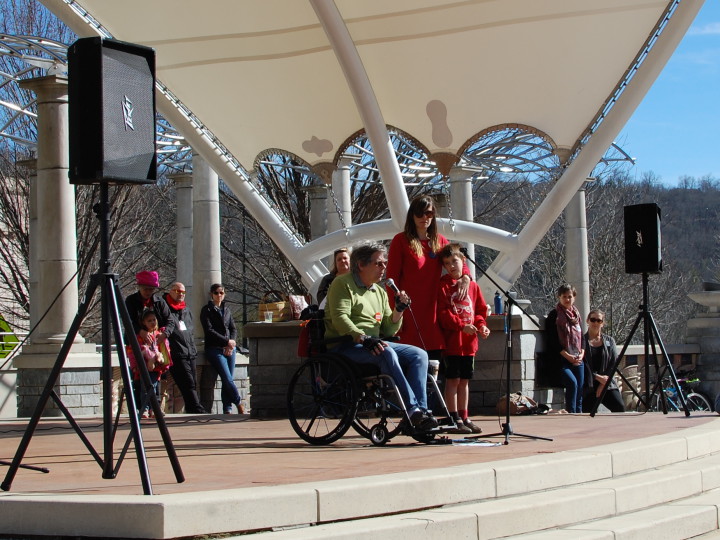 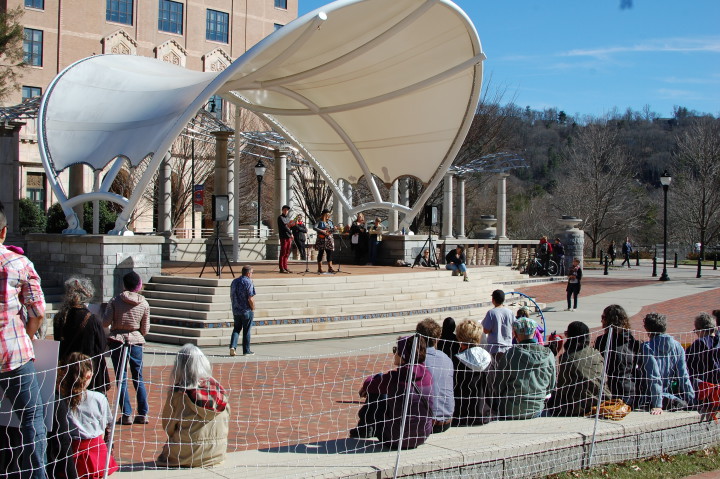