With the chiming of church bells behind him, the Rev. John H. Grant, pastor of Mount Zion Missionary Baptist Church, offered opening remarks at the Prayer in Action: A Gathering of Solidarity for Peace and Justice on Church Street June 4.

“We stand in prayer and solidarity in [our] disappointment toward those who are outraged at those who riot and loot but remain silent toward the rioting, looting and public lynching of a black man by police officers in broad daylight,” Grant continued. “It was a public lynching. A lynching is a lynching whether it’s a noose or a knee, as it prevents another human being from breathing.”

To accomplish this, the sheriff continued, “we must have people at the table at the beginning, not at the end. … You need to be a part of the solution and the resolution of this.”

Miller concluded his address by reminding the audience that many law enforcement officers were also hurting due to recent events. “Don’t think that all of us are the same, and don’t think that all of us look at [the death of George Floyd] and don’t see the problem with it,” he said. “Don’t think that they don’t have their own personal feelings about what happened. Some of this is us having to be a part of a system, but that’s what has to be addressed: the system. And you have to help us address the system.”

Whitesides echoed Miller’s words about holding officials accountable. “You’ve got to come to us and tell us what’s needed if we’re not doing our job,” he said. “And also, you’ve got to show up at the polls. If we don’t do our job, kick us out and bring new people in.”

The event concluded with a march on Pack Square Park, where the Rev. Robbie J. Williams, assistant pastor of WNC Baptist Fellowship Church, led the crowd in the singing of “He’s an On Time God, Yes He Is.”

That same evening, local religious leaders stood again in solidarity in front of the Asheville Police Department on Pack Square. 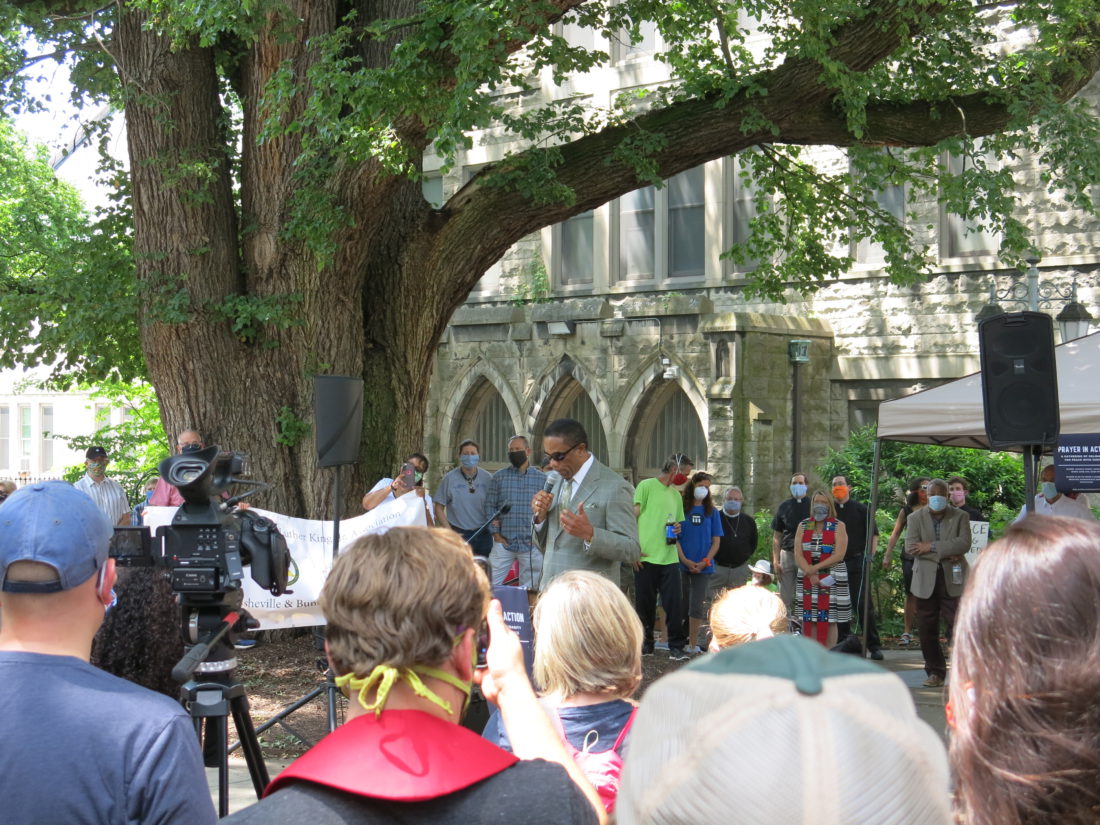 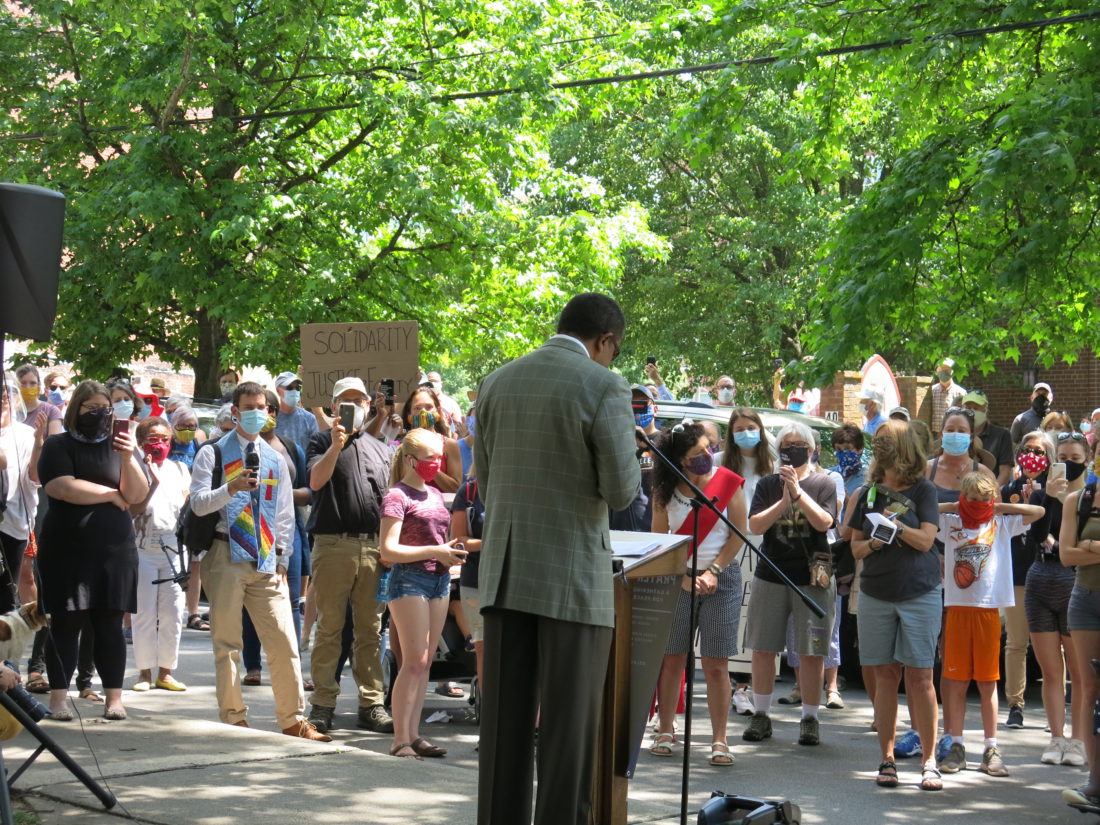 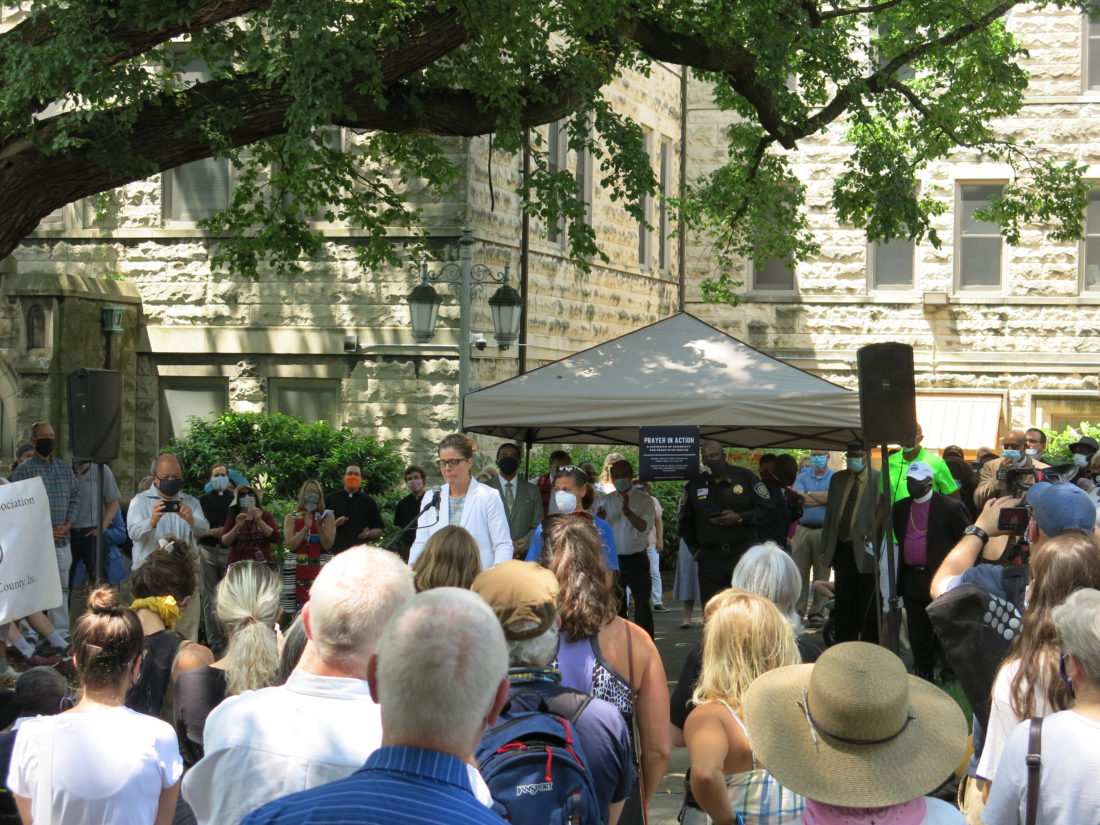 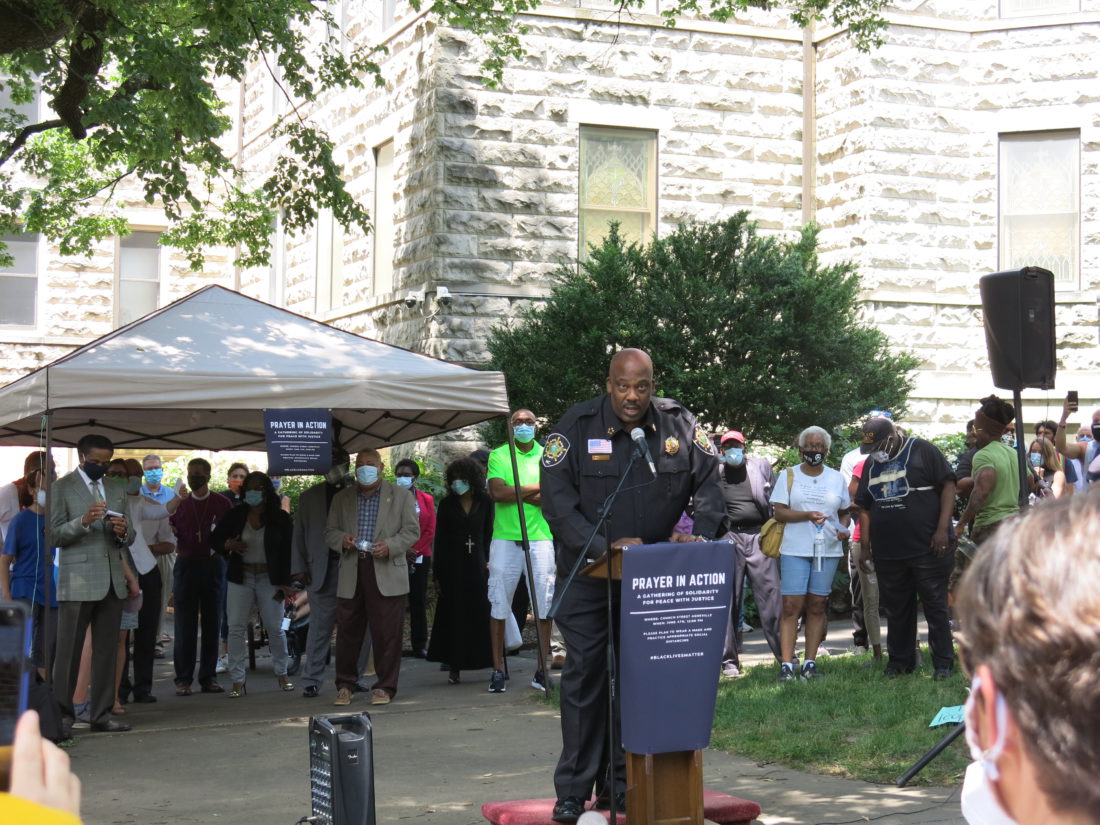 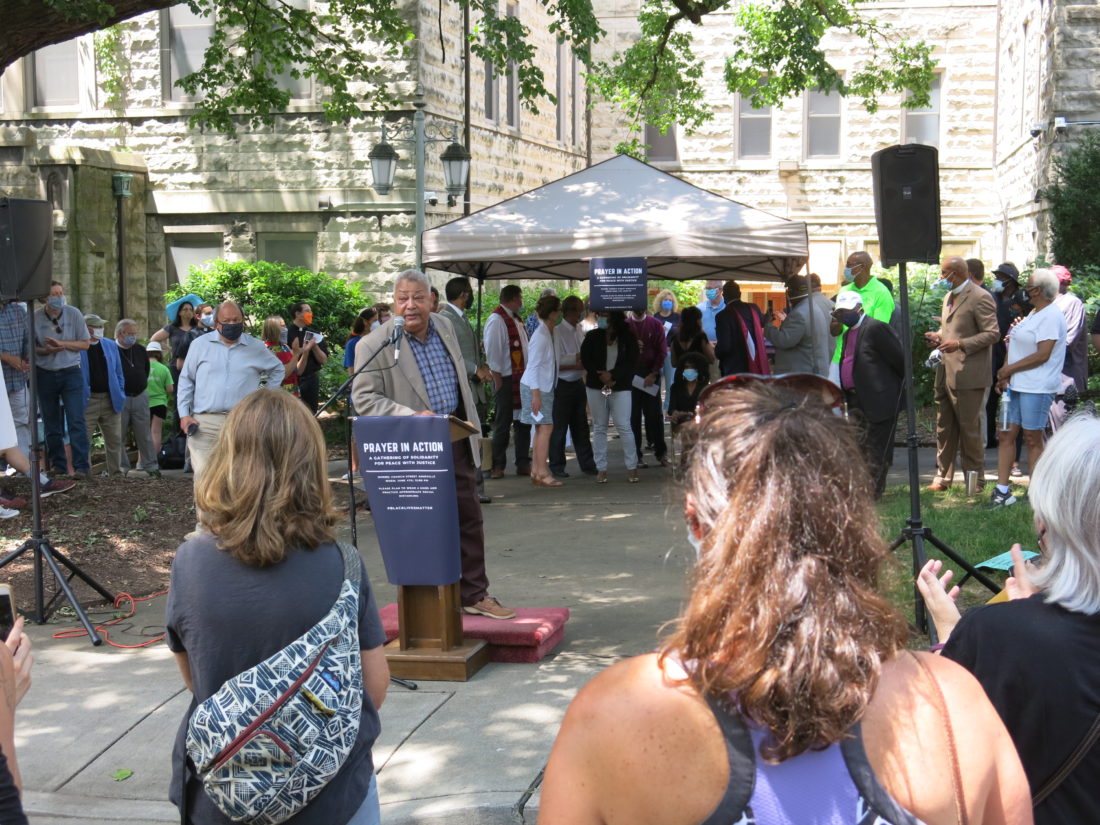 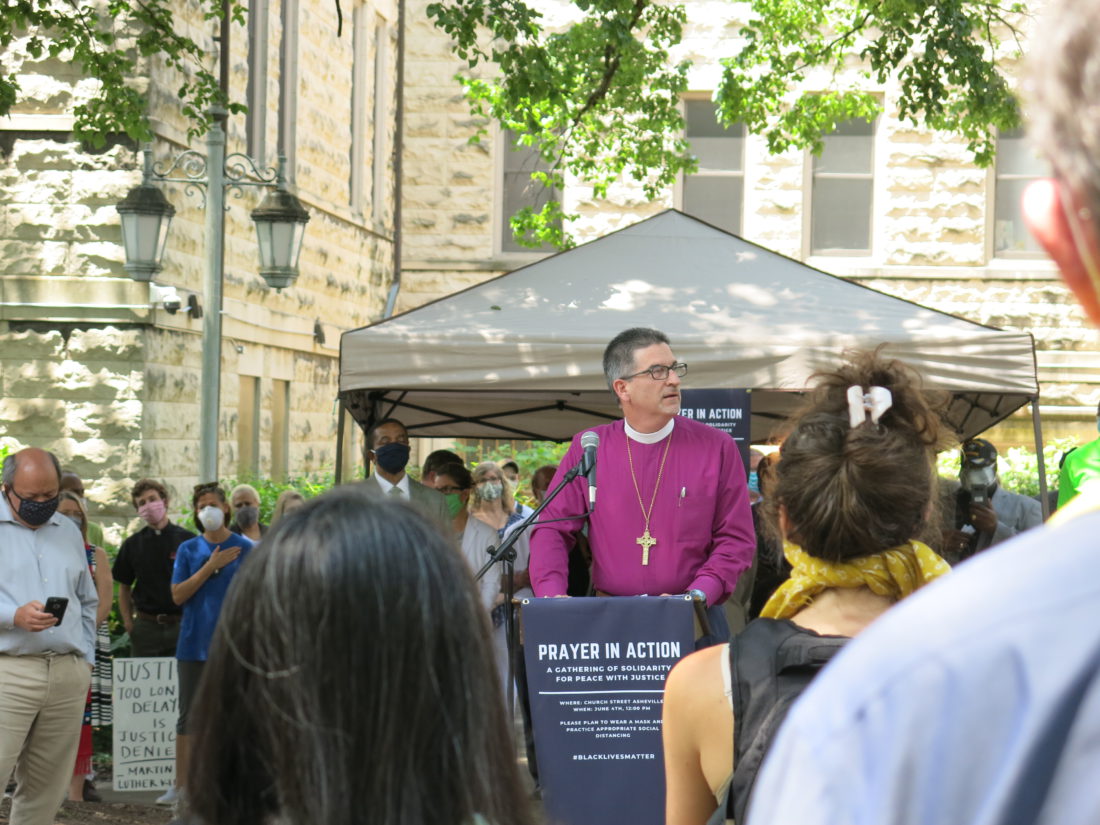 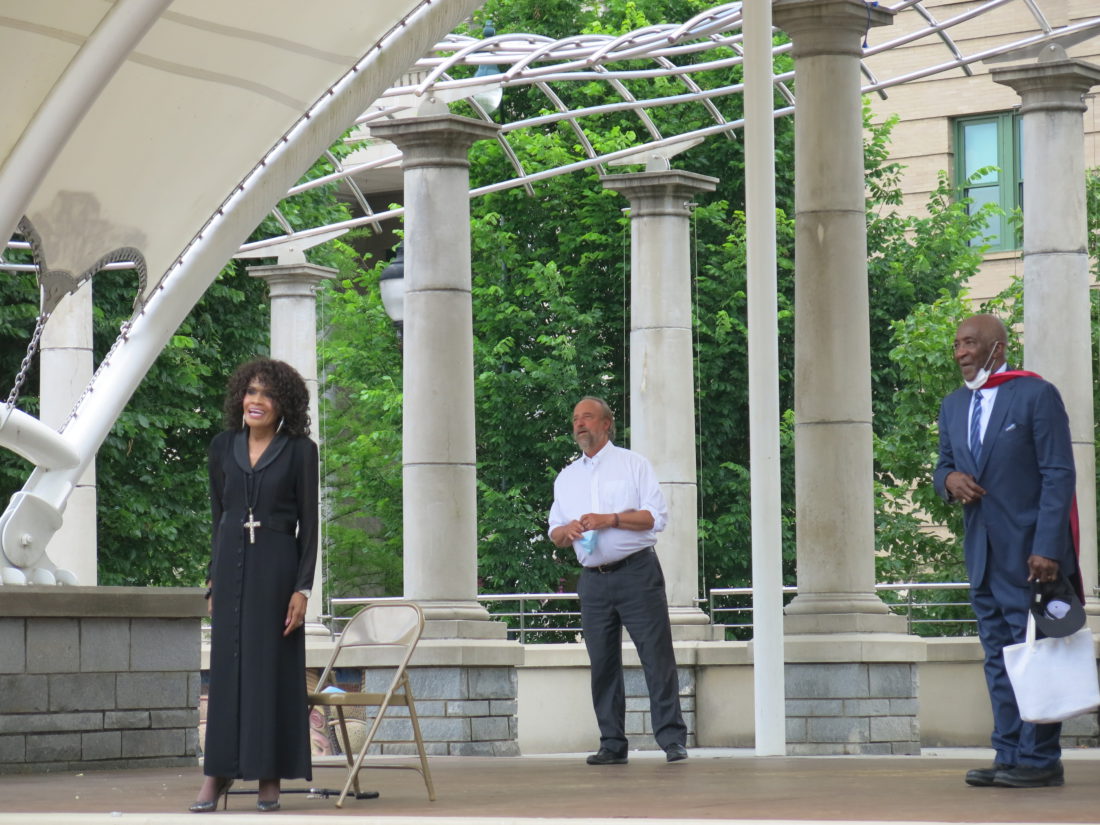 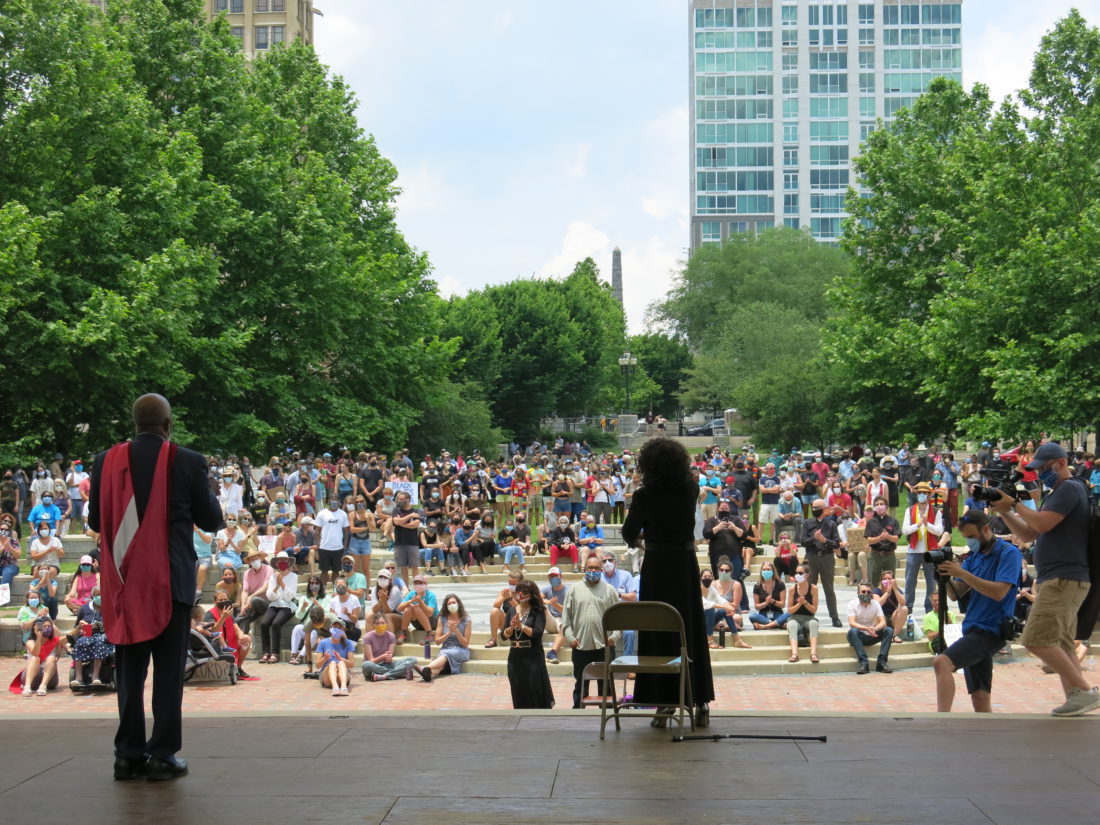 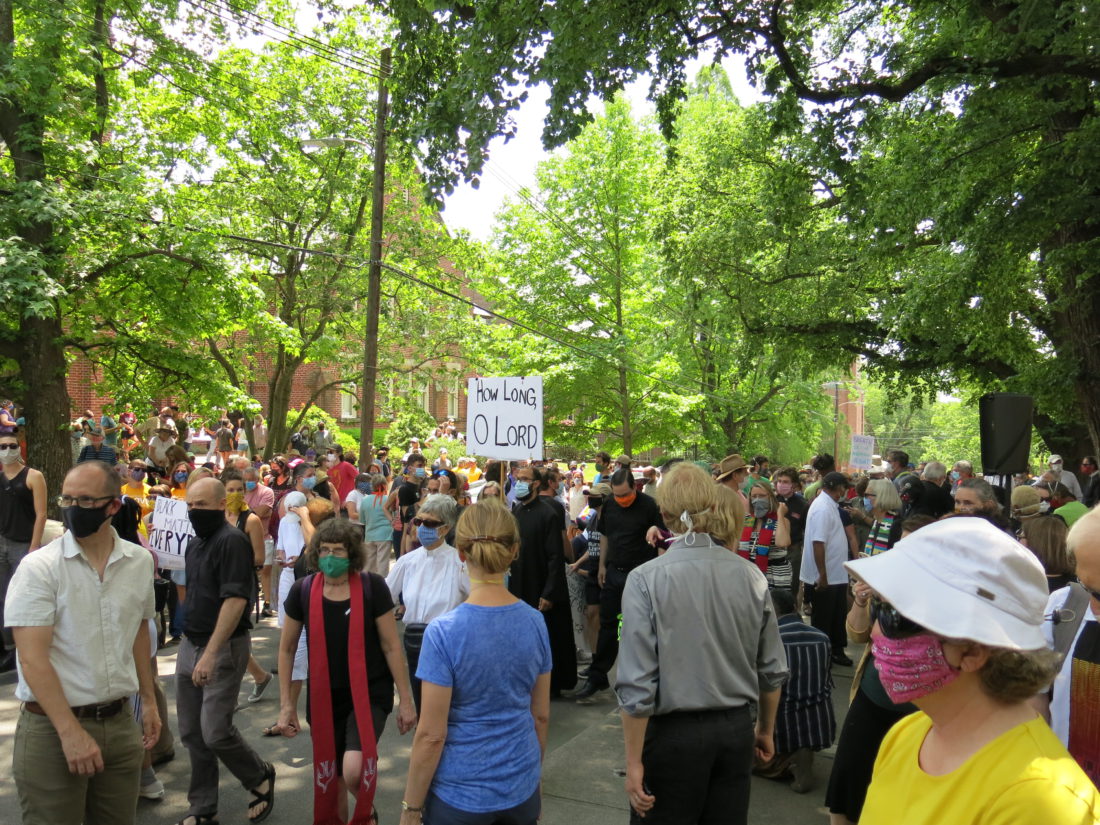 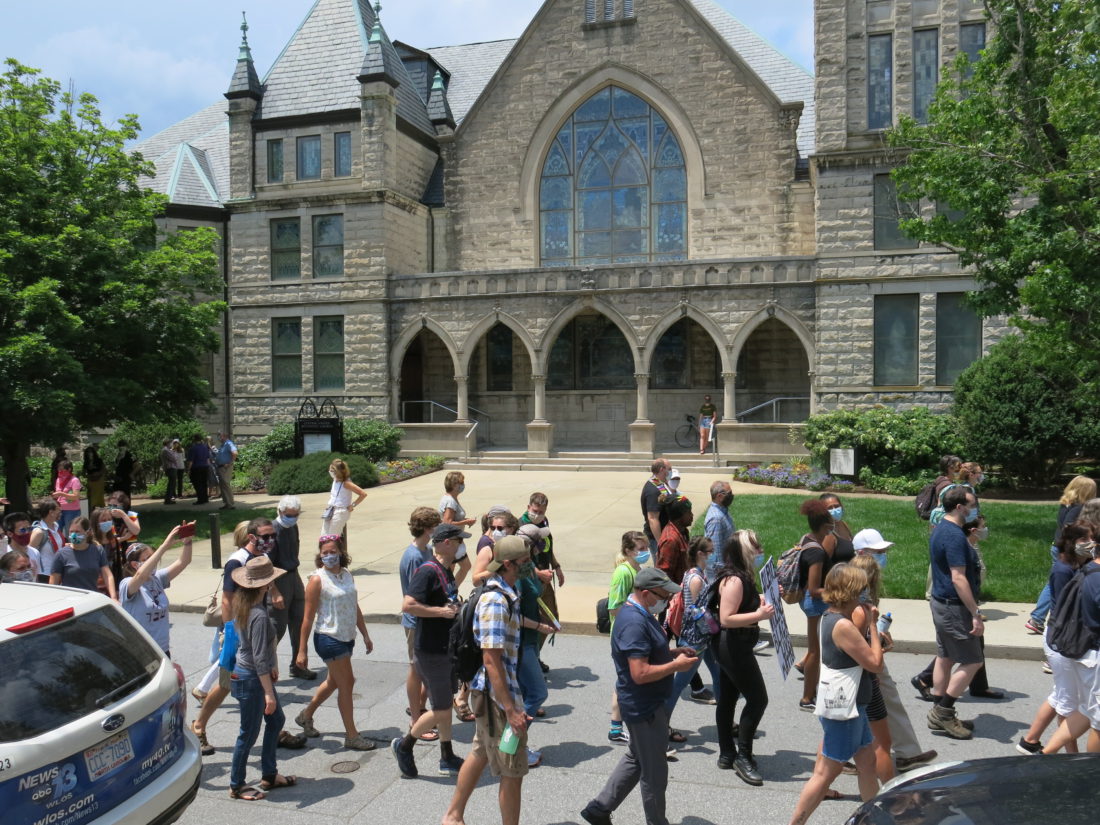