To honor the victims of the deadliest mass shooting carried out by an individual in our nation’s history, Asheville people gathered for words of encouragement, an urging toward actions of love, a friendly embrace and a moment of silence. On Monday evening, streams of people filed in on foot, on bikes, and in cars to stand in a mass of hundreds in front of O’Henry’s, a gay bar on Haywood Street. They stood packed tightly together in a semicircle around the front of the establishment, where speakers shared thoughts on how to move forward and how to honor the dead.

In part because many of the victims of the Pulse shooting in Orlando, Florida were Hispanic and/or Latino, the event made a point of being bilingual, and all the speakers were fully translated into Spanish. The speakers, whether faith leaders, entertainers or activists, had broad and various messages with the uniting theme of love. Though it was a somber affair, it was above all human, and there were cheers and laughter along with the tears and heart-wrenching sadness.

Michael-David, president of the Blue Ridge Pride Center, for instance, emphasized the importance of voting for candidates who support the LGBT community. Meanwhile, Jasmine Beach-Ferrara, the presumptive Buncombe County commissioner-elect of District 1 and executive director of the Campaign for Southern Equality,  encouraged everyone to donate to and spread the word about a special victims’ family relief fund. The fundraising has already been astonishingly successful, raising nearly $4 million in the first two days. She also offered her thoughts on personal loss and helping one another through it. She said that everyone who has faced personal tragedy and loss of a loved one can commiserate. And this is the time to be there for one another, she said.

“One of the greatest ways we can resist the violence that sometimes feels like it is sweeping through our world is to stand up and say, ‘I know and I see you, and in the depths of my grief, I know what got me through somehow. And I’m going to offer that hand to you, I am going to offer that word to you. You will never be alone as long as I’m here with you.'”

After a moment of silence and a poignant reading of the names of those killed in the shooting conjured many a tear, Brian Ammons, director of spiritual life at Warren Wilson College gave a parting meditation: “So the time has come for us to leave this place. And as we do, we’ll go knowing that I believe this and I hope that’s enough. You are all the loving children of God. Nobody can take that from you, no matter what. So go out into the world and fill it with your radical love.” 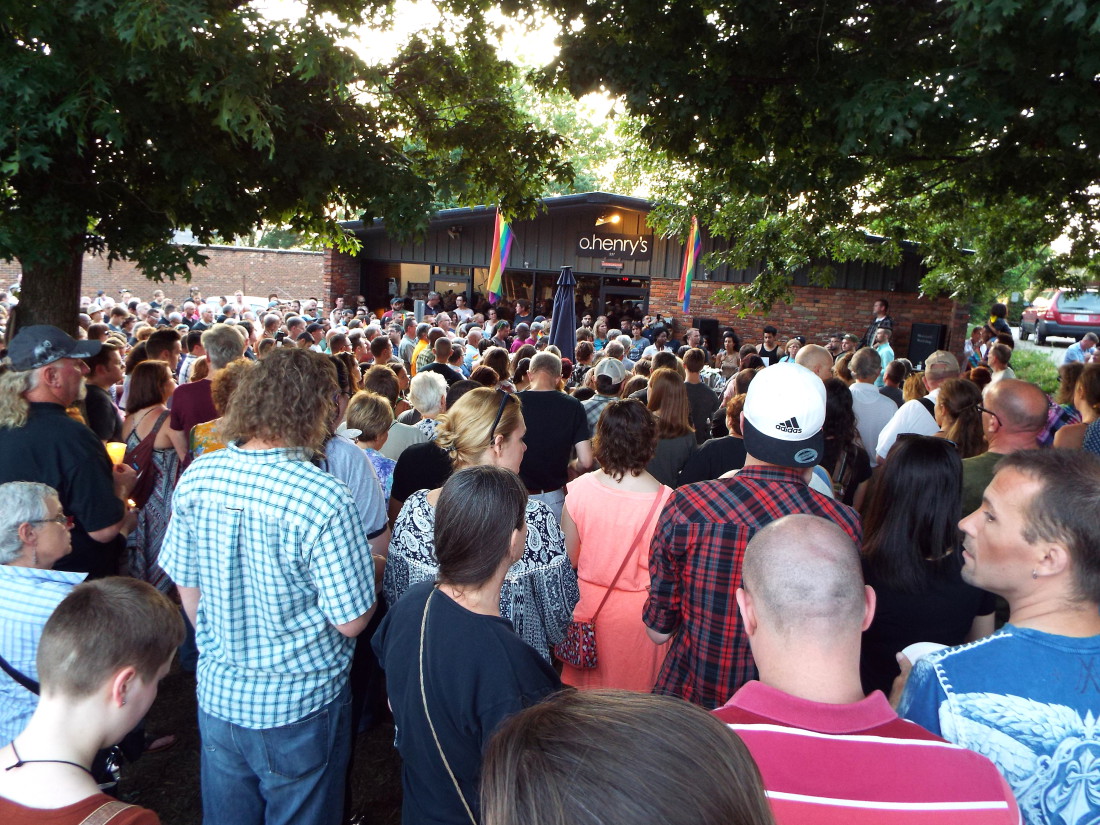 The somber gathering at O’Henry’s included some 300 or so folks sharing grief over the Pulse murders in Orlando over the weekend. Photo by Able Allen 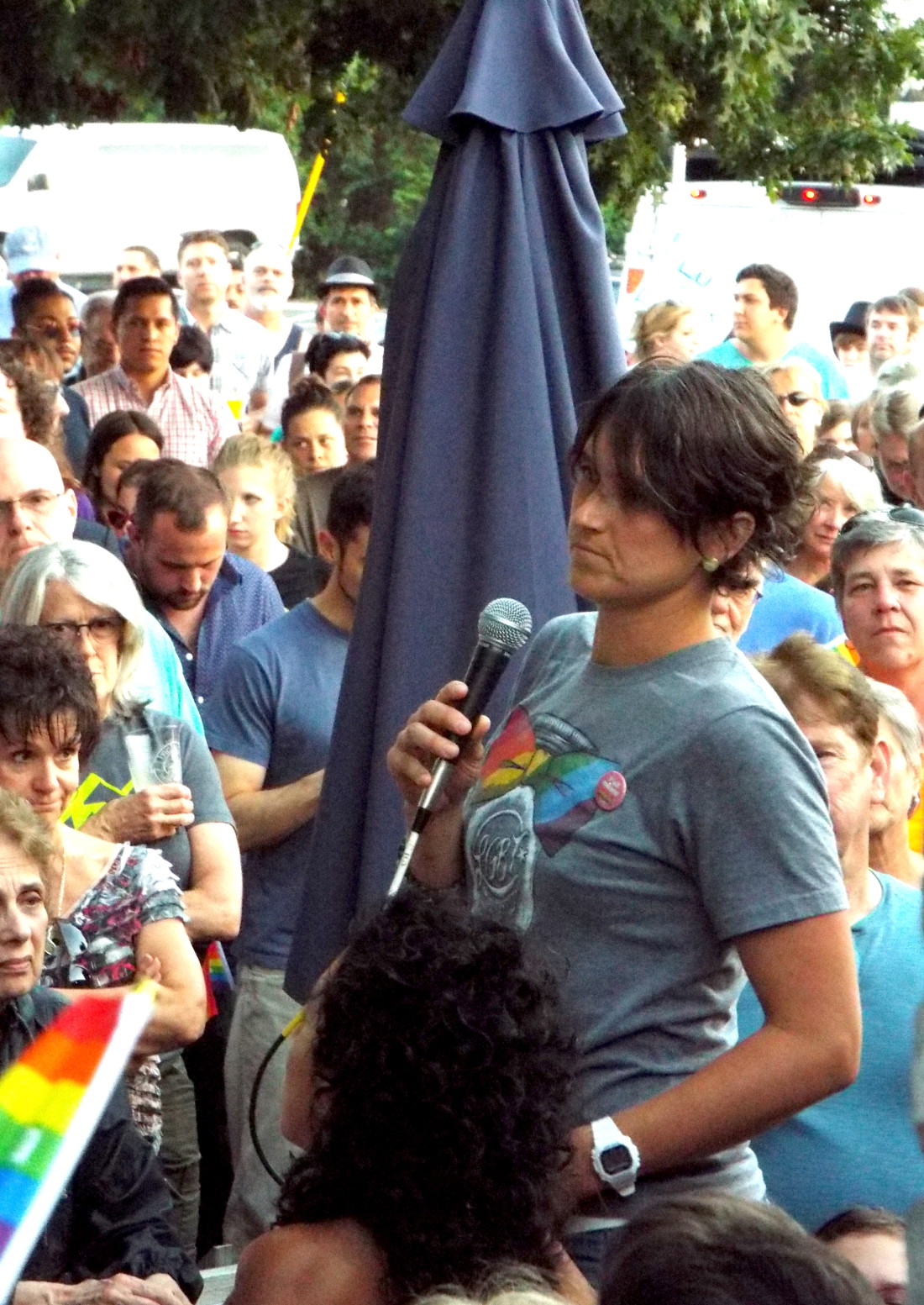 The powerful and emotive speaking of Rev. Jasmine Beach-Ferrara visibly moved the crowd at times. Photo by Able Allen 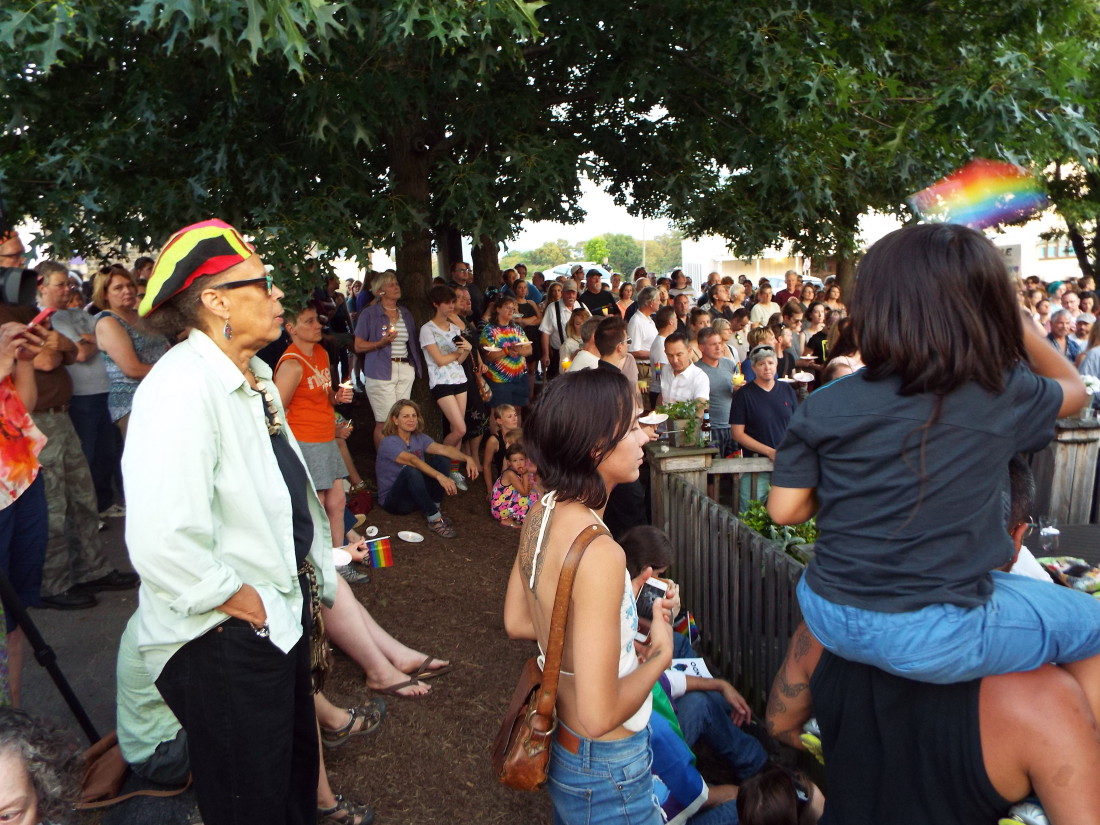 The large crowd settled in where they could, bleeding int adjacent lots and even across the street. Photo by Able Allen 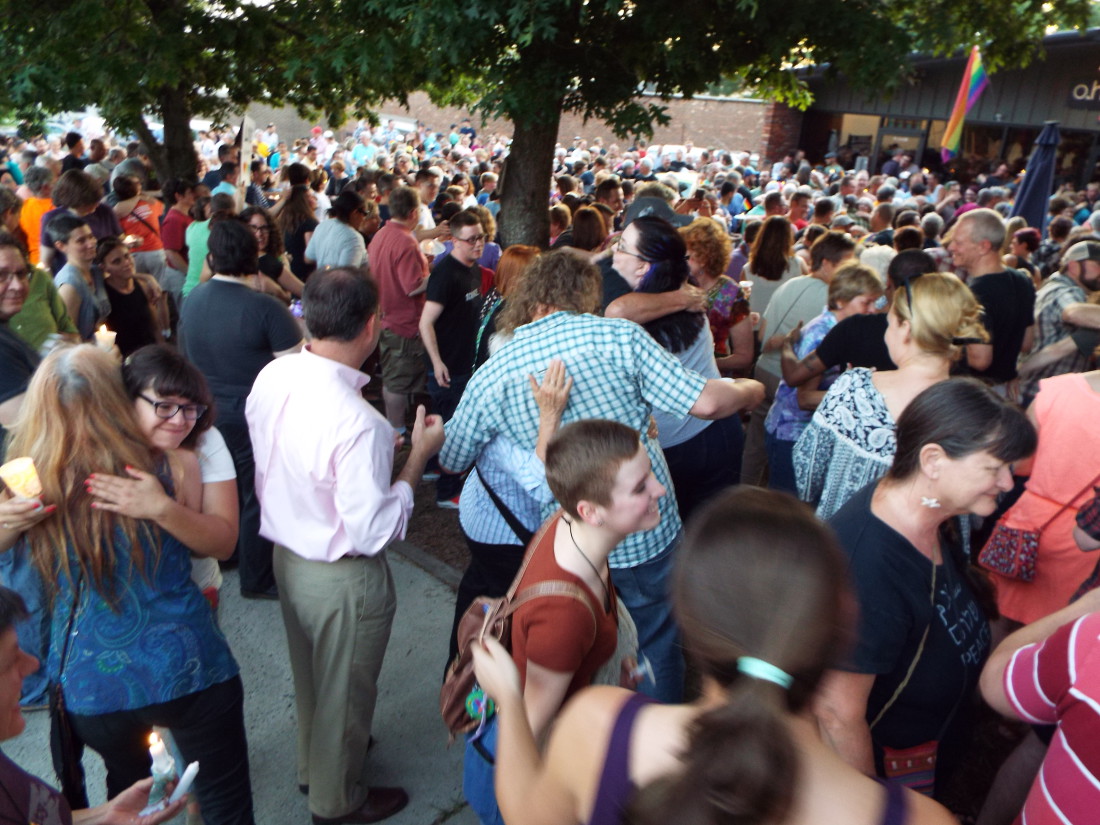 One of the speakers asked everyone turn and share an embrace with those around them. Photo by Able Allen 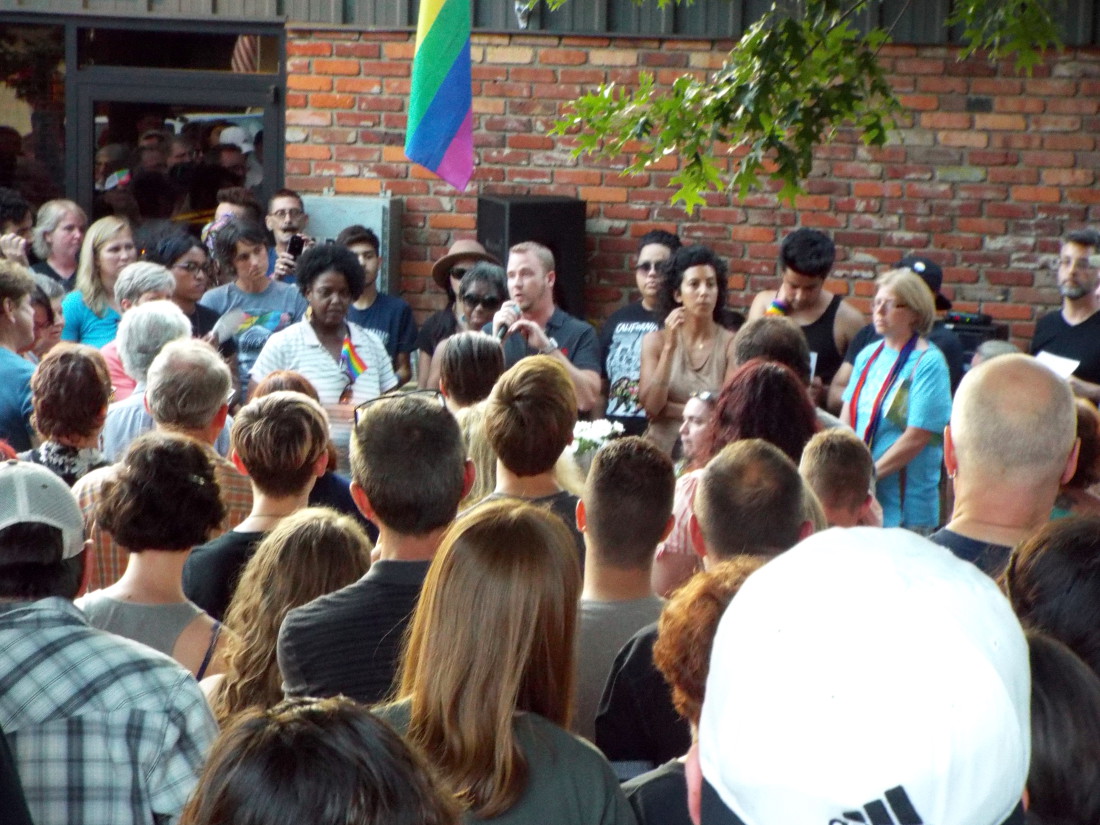 Michael-David asks the crowd to get out and vote to encourage change. Photo by Able Allen

21 thoughts on “Solidarity in grief and love: Ashevilleans stand in vigil for the victims of mass shooting at Pulse Bar in Orlando”