“Becoming We: Strengthening Our Roots” was a celebration of leaders of color and allies that are doing some of the critical and creative work to address challenging social issues facing communities of color in Asheville and Western North Carolina. The event took place on Oct. 21 at the Collider, and offered a rich platform for dialogue and collective affirmation towards the intentional process of Becoming We. This further represents the evolution of  CoThinkk, the color-led giving circle supporting Asheville and surrounding communities in Western North Carolina.

Learn more about CoThinkk in this video by Simone Coleman.

Greene-Washington and Darin Waters of UNC Asheville opened the event, noting that the partnership of CoThinkk and the fourth annual African-Americans in WNC and the Southern Appalachians conference was a sign of growth and intentional collaboration. It alludes to the history, present, and future of Asheville and WNC. Last year, these community e​​vents coincided and may have pulled folks apart that should have been in the same room. This time, a joint effort to elevate history while projecting forward signaled a new way of working together towards deeper impact.

Waters reflected on his experience of returning to the area to become vested in the community, after leaving in 1985. “It’s been a rewarding experience to be back here and to see so many of my contemporaries really picking up from where people like Commissioner Al Whitesides and his generation, and James Ferguson, left off — to take it a step further. It’s great to see that a major anchor institution like UNC Asheville will play a role in that. So long as I’m there, we will. It’s been great for us to do this together.”

Take Word on the Street, the bilingual online magazine for youth and by youth of color in Asheville. Three members of the media arts program gave creative keynotes at the event, followed by a special award from CoThinkk to Tamiko Ambrose Murray. Last year, she was recognized as a CoThinkk Leadership Honoree; this year, the organization extended one of the earliest drawings illustrating the commitment of these leaders to the community to Murray, on behalf of Word on the Street, the rising generation of visionaries. Just before accepting it, Murray gave this vital reminder: “What I think we need to acknowledge is that young people are our today, they are our now, they are our present.”

Later in the evening, two Word on the Street members would accept the group’s grant award for this year, sharing their plans for documentary filmmaking: “We are going to use this opportunity, with our equipment, to show ourselves and our community that change can and will happen.”

As community leaders stood to accept their awards as advocates and allies, they lifted each other up in support, appreciation, and love for one another, giving messages directly from their hearts, from their roots — family, faith, and fierce homegrown passion for the community. They spoke to the way those roots are currently growing, amongst the youth and lifted up that everyone has a role in nurturing them.

Rasheeda McDaniels was recognized with an award for her allyship throughout the community, and took the time to remind all that “it could be small in numbers, but you will make an impact so big in this community, that no one will forget.” Nicole Townsend’s heartfelt appreciation resonated throughout the room as she reached out to name fellow activists, advocates, and organizers who kept her going through the heaviness of the work.

Julio Tordoya said of the community he’d found in the area, “I wasn’t expecting to find so much resistant of the people that, however the oppression, created strong circles of confidence, of solidarity, and of love. So much love.” Heads nodded, cheers rang out, and applause flowed throughout the room as the Community Leadership and Ally awardees stood and accepted their awards with conviction, grace, and gratitude.

This year, CoThinkk — the giving circle and community contributors, who were a key part of the increase in grants awarded — invested $24,000 in eight awardees; some had been recognized for their work earlier in the program, while others were first-time grantees. They shared stories of personal growth through the work, recognized the impact they have and will make collectively, and shared aspects of the vision they share for Asheville and WNC. These eight will be keeping at their work with a bit more momentum given CoThinkk’s support.

Phyllis Utley, of SOS: What They Don’t Teach in School, was the first grant awardee of the night, and took the time to illuminate a promising reality of the bigger picture, “I’m grateful for when I’m an ancestor, seven generations later, and they read about the work that we all did for this town.” 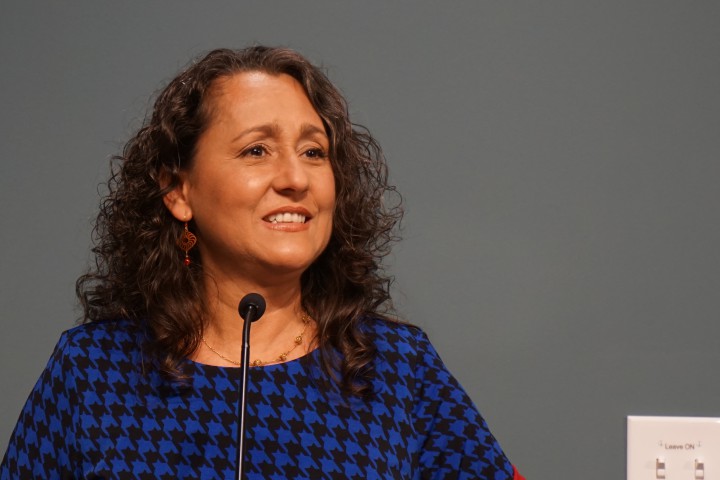 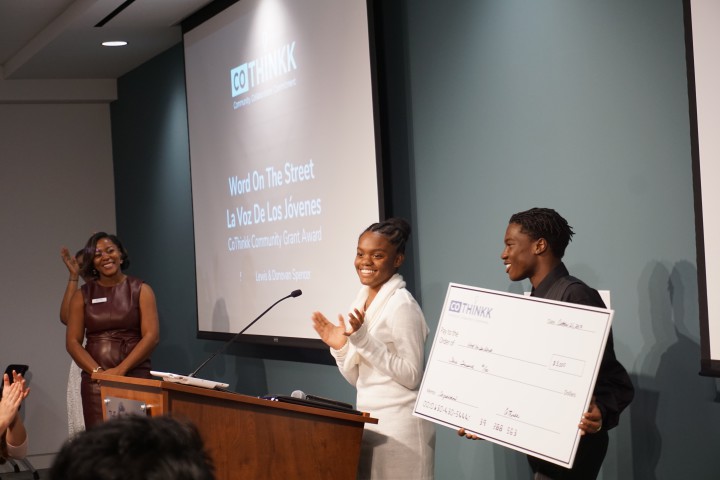 Serenity and Donovan accept Word on the Street’s grant, applauding their colleagues in the program and the leaders in the room. 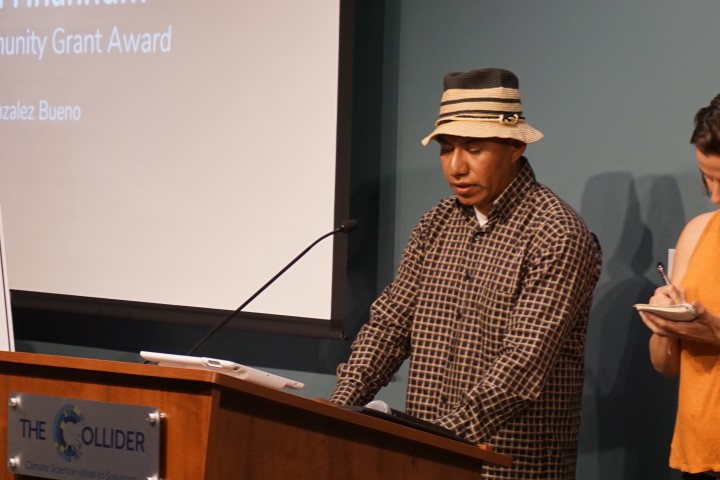 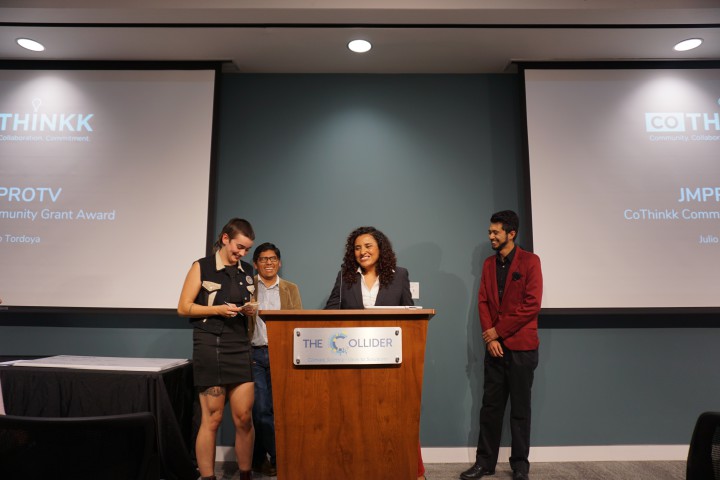 Julio Tordoya and the team at JMPRO TV accept their grant award, for utilizing their media platform to push the pressing issues facing the Latinx community 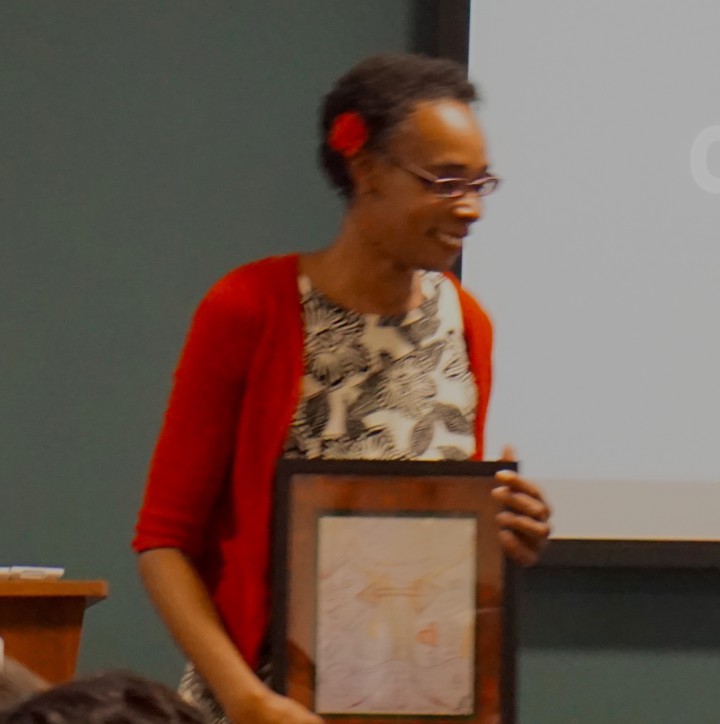 The foundation 2017 CoThinkk grantees seem to share is in recognizing and acting on the opportunity pay their positive, though surely complex, experiences forward. Gentle Mothering empowers Spanish-speaking women to become doulas, equipped to support others in bringing new life to the world and to their new hometown.

Finally, Carolina McReady and Sekou Coleman of CoThinkk made it clear that the group is open and accessible, stating, “We would love to expand the circle.” Coleman elaborated, sharing that CoThinkk was intentional in making the application process an accessible one to those who are busy doing the work that uplifts communities of color in the area and make a difference in disparities spanning health, access to resources, opportunities for expression, education, and housing.

Next month begins a six-month leadership series, focused on alliance-building and collaboration, with opportunities for participants to build on the emerging ideas through small innovation grants. The first session will be led by Anton Gunn, co-architect of the program, and Townsend, a 2017 CoThinkk Leadership Award Honoree.

So the circle is growing, not only in the traditional sense of circumference, but in multiple dimensions. All are welcome to join and contribute to CoThinkk, to learn from the community — its youngest and its leaders (who may very well be the same), to act out of love and dignity for communities of color in WNC, to play their role in the work of reversing trends of marginalization and driving towards systems-level impact and equity, whose roots in the area are deep, and vital to its life — all critical towards creating a new narrative towards supporting thriving communities for all.

As grantee Evelyn Alarcon of Nuestra Herencia stated, “We firmly believe that cultural diversity strengthens our movement. Our music, food, dance; they are just examples of our art, that create bridges, that overcome language barriers, while promoting values of respect, mutual understanding, and tolerance amongst us.” CoThinkk’s 2017 grantees integrate wellness and community, expression and solidarity, openness and justice with different yet synchronized approaches, to do the work in this community that is hard and heavy, but is always meaningful.

Tune in to JMPRO TV’s coverage of Becoming We.

DJ Oscar opened the event with tunes that turned the meet and greet up, and Asheville artist Lyric and the band closed out the event with a serious jam session. The tunes spanned generations and CoThinkk members, grant awardees, and folks across the spectrum of age, creed, and color danced, sang along, and released some of the weight of their work through the ties that bind, to continue building.

Here’s to strengthening our roots, and the growth to come.