To that end, the company is rolling out a four-pack of outdoor spaces for visitors to the Mills River Taproom: the Back Porch, Beer Garden, Estate Garden and perhaps most impressively, a 600-person amphitheater.

The Back Porch, a 220-seat indoor/outdoor extension of Sierra Nevada’s bustling Taproom, offers a full beer and snack menu. From there, guests can wander directly into the brewery’s Beer Garden — a communal area with shared tables and a massive fire pit, ideal for mingling with fellow beer and nature enthusiasts.

Aside these sitting areas is a 6,500 square foot herb and vegetable garden, partitioned with gravel walkways. Don’t go picking the brewery’s Darlington Hardy rosemary though; harvests will be utilized in the Taproom and small-scale pilot brewhouse.

Manley says Sierra Nevada will host the occasional beer dinner or other special event in these plein air venues, “but mainly it will be a spot for people to come and enjoy a few beers outside.”

Live music lovers, on the other hand, will be most excited about the new Amphitheater located on the rolling lawn behind the Taproom. Although no acts have been confirmed yet, Manley says the inaugural event will take place later this summer.

“We will host a variety of entertainment,” he explains. “We’d like to have a mix of general lower-price or free, family-friendly shows and higher-end ticketed performers.”

For Manley and the rest of the Sierra Nevada crew, settling into Mills River has proved a positive move.

“After more than three years of hard construction, we’re finally settling in to our community,” he reports. “We’re grateful for the warm-hearted reception we’ve found in and around the Asheville area. We’re proud to be a part of this vibrant beer and food culture and can’t wait to see what the future brings.”

Sierra Nevada’s in-progress renovations include a small warehouse expansion, site improvements and development of an outdoor space along the stretch of the French Broad River that runs through the brewery’s grounds. For now though, management is excited to see the completed spaces come into use.

“If you’re visiting friends, you grab a beer and hang out on the back porch,” he says. “It’s the same for us here. We want the outdoor spaces to be a place to come and relax.”

Photos of the new outdoor spaces courtesy of Sierra Nevada: 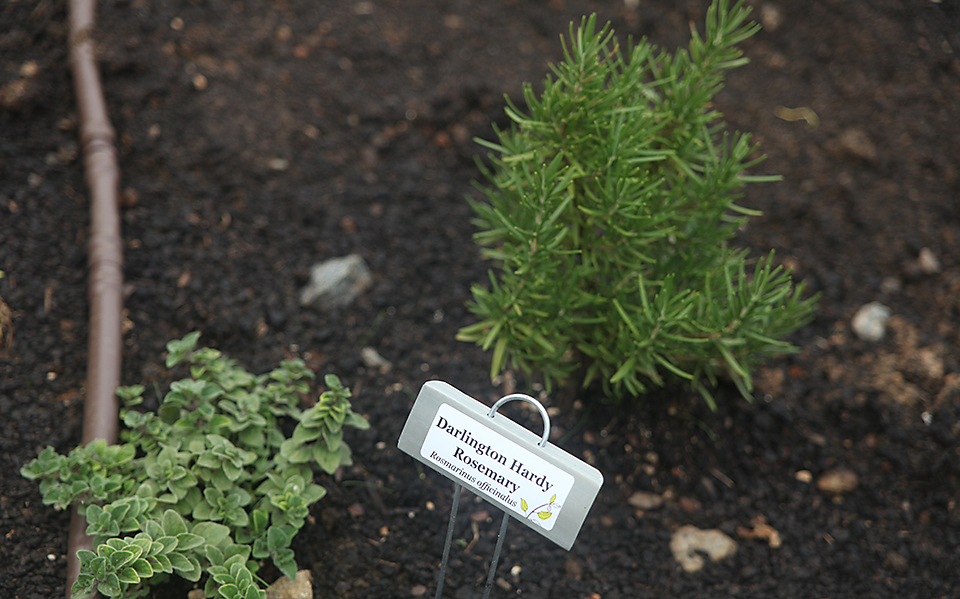 Rosemary in the Estate Garden 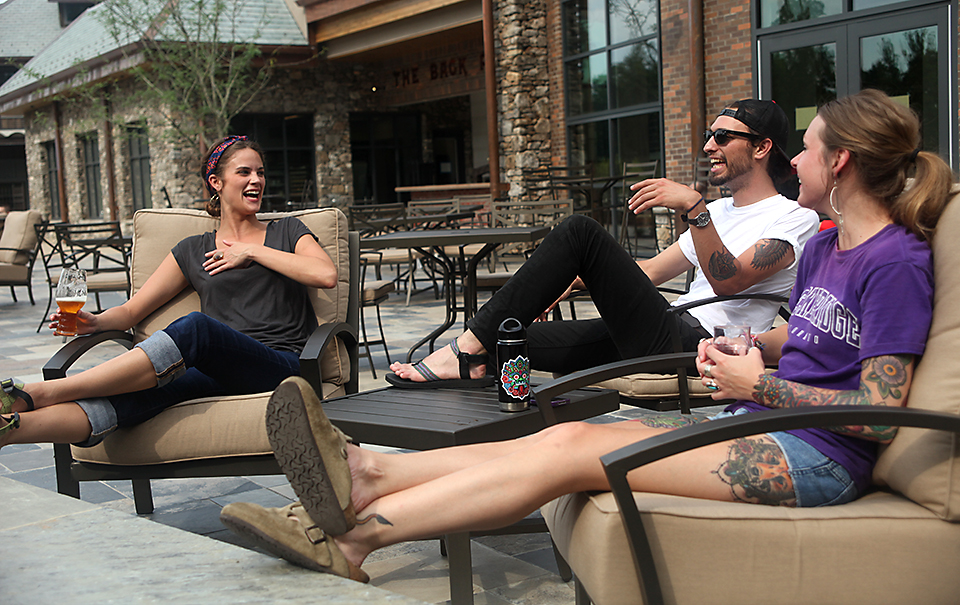 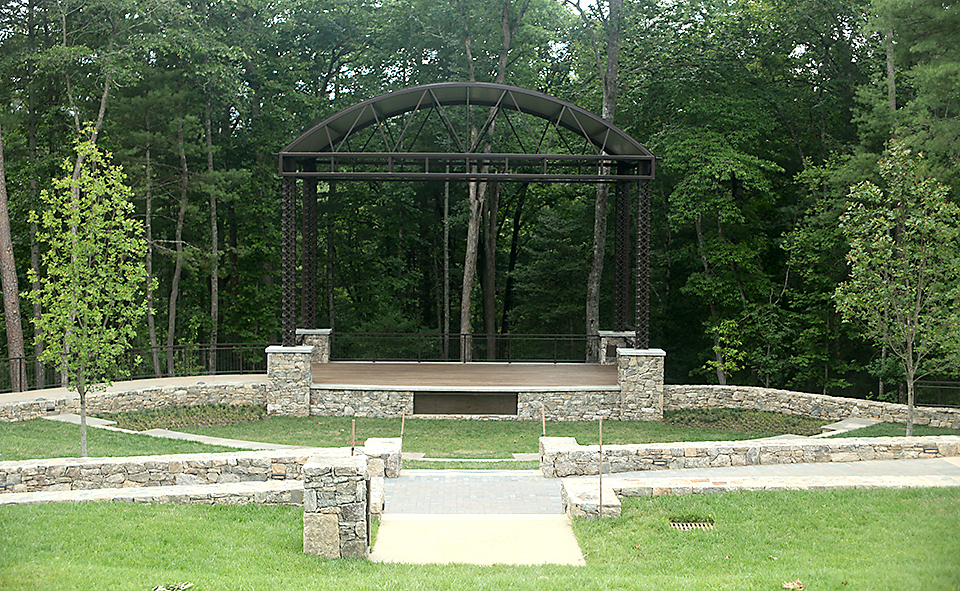 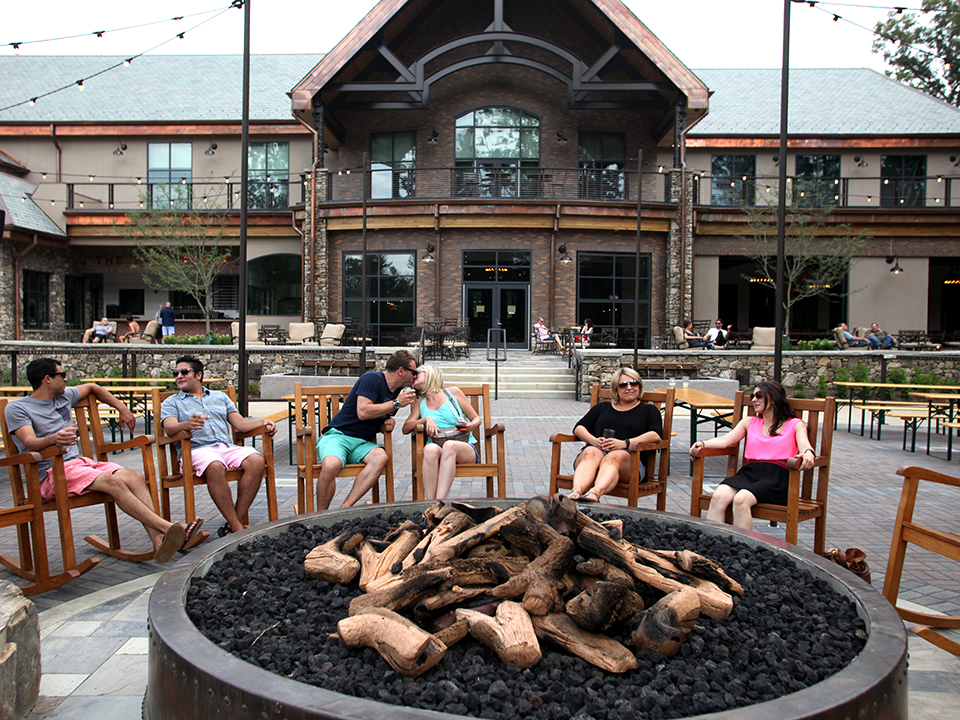 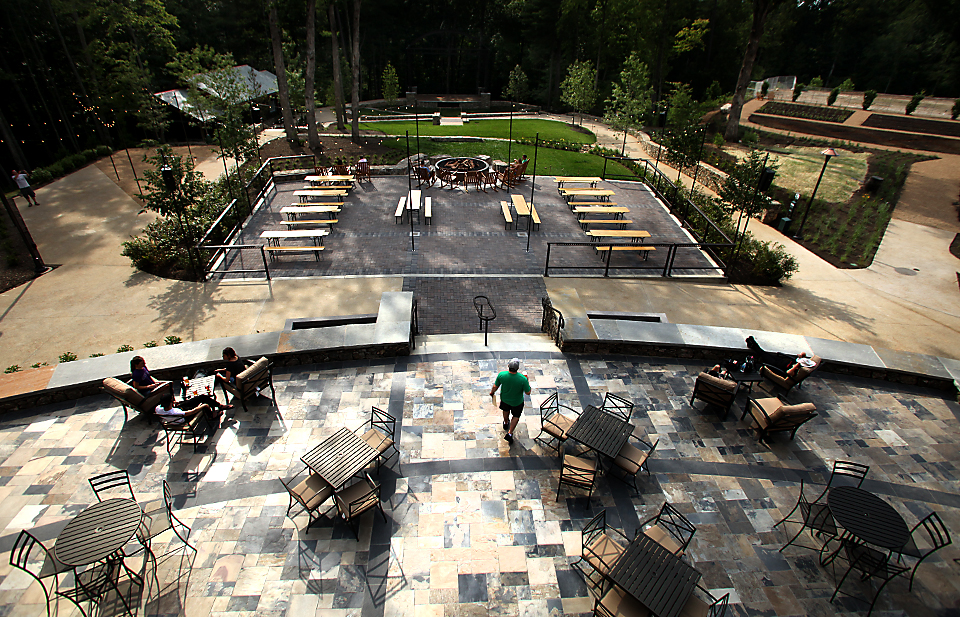 An overview of Sierra Nevada’s Back Porch and Beer Garden 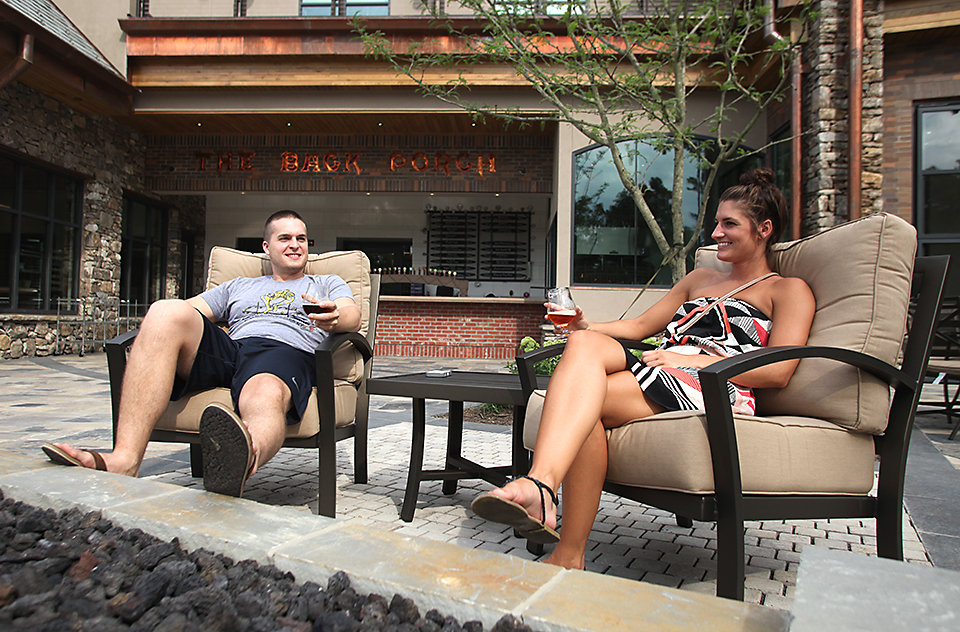 A hangout on the Back Porch 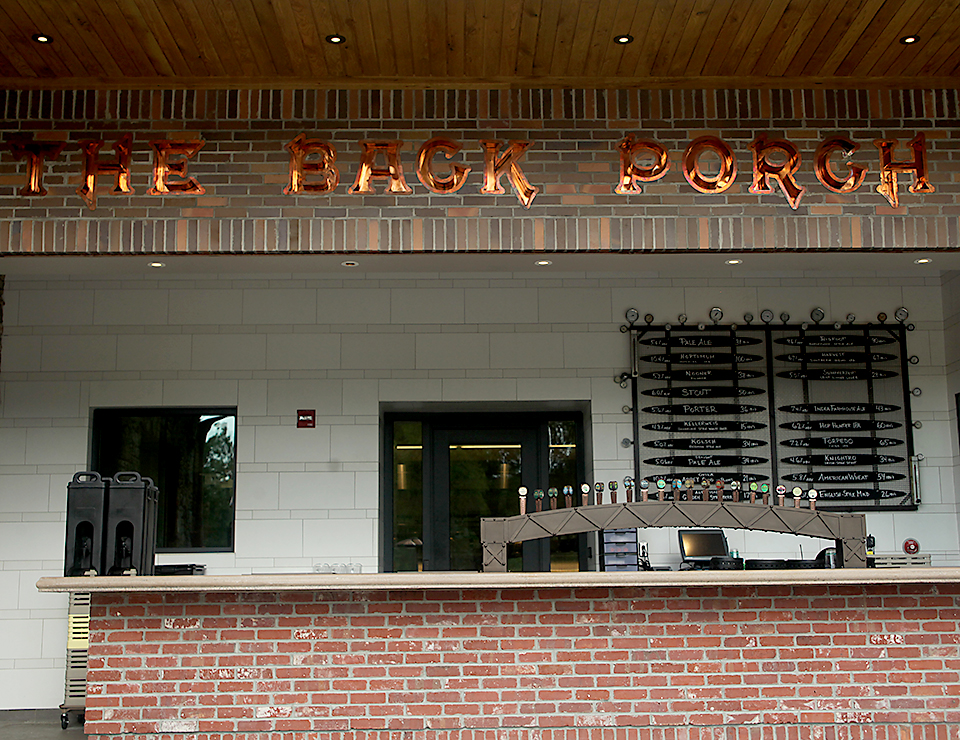 The Back Porch, emblazoned with copper lettering