The Blue Ridge BBQ & Music Festival celebrated its 23rd year June 10-11 in Tryon with visitors from North Carolina and beyond coming together to enjoy cold brews, ‘cue and live music. More than 60 barbecue teams from Alabama, Florida, Georgia, Missouri, New Jersey, North Carolina, South Carolina and Tennessee were on hand to compete in categories including Pork, Brisket, Chicken, Whole Hog and Dessert.

The 2016 Grand Champion title went to Joe and Lori Loth of Linn Creek, Mo.’s Brickhead BBQ. Brickhead normally competes in the Missouri area, and this was the team’s first time participating at the Tryon event, according to a festival press release. The team did well in all four categories, earning second place honors in Ribs and Pork, a fourth in Brisket and a seventh in Chicken.

A classic car show Saturday showcased cars from both domestic and foreign manufacturers. The usual suspects, such as Chevrolet Novas and Chevelles and Ford Mustangs, were numerous, but German makes, including Porsche and Volkswagen, had a few representatives as well. 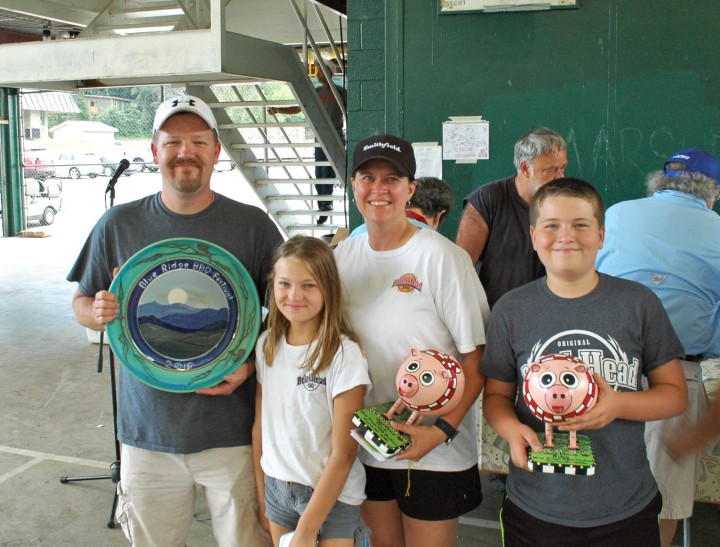 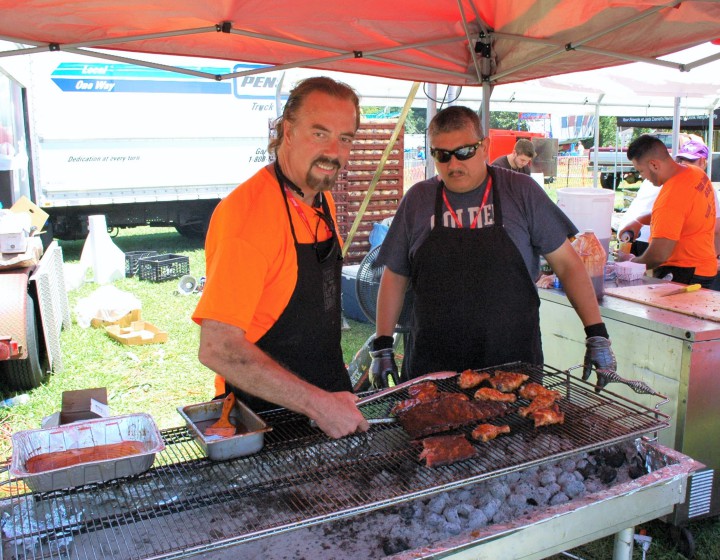 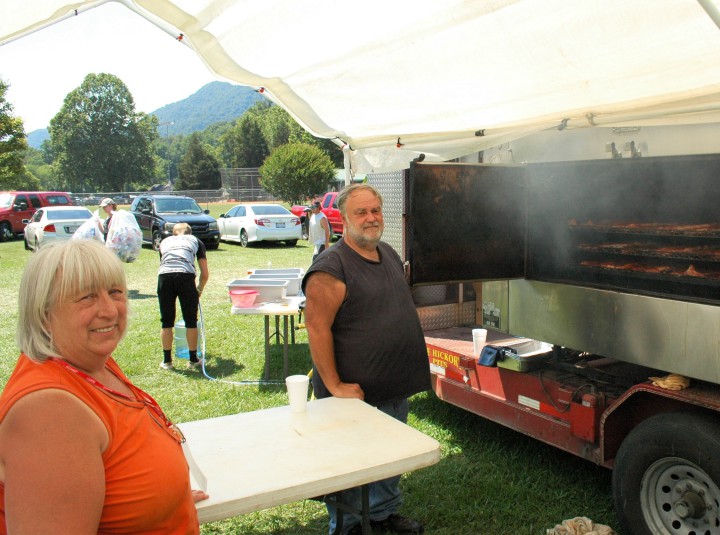 Hailing from Denton, Texas, the Texas Rib Rangers, led by husband and wife team Bill and Barbara Milroy, have been barbecuing for more than 40 years. Photo by John Mallow 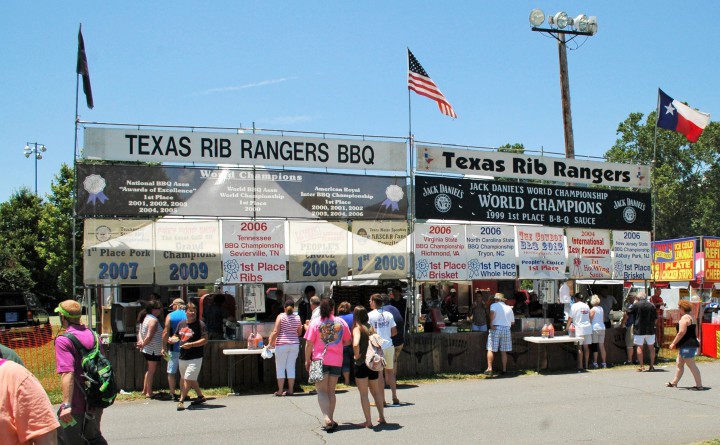 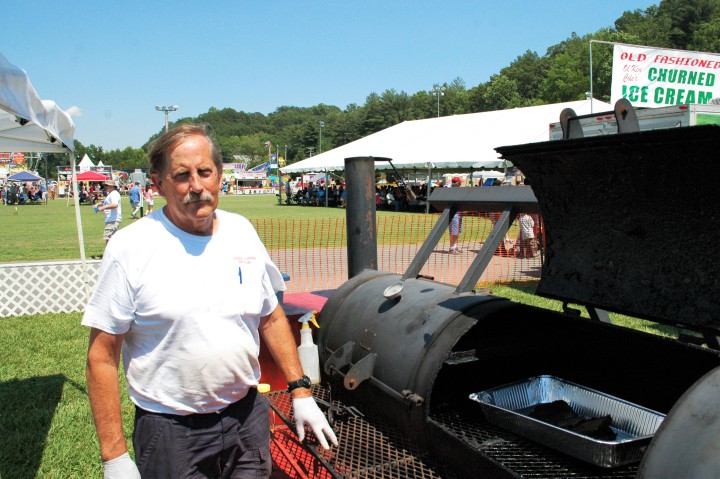 Foothills Mountain BBQ’s Paul Dale next to one of his smokers. 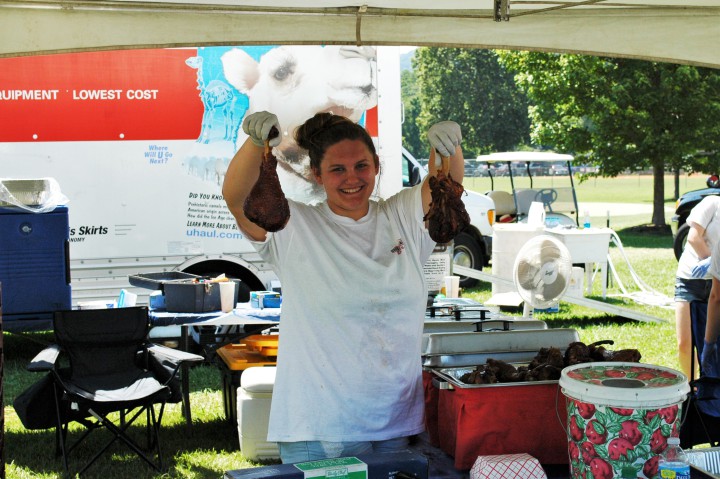 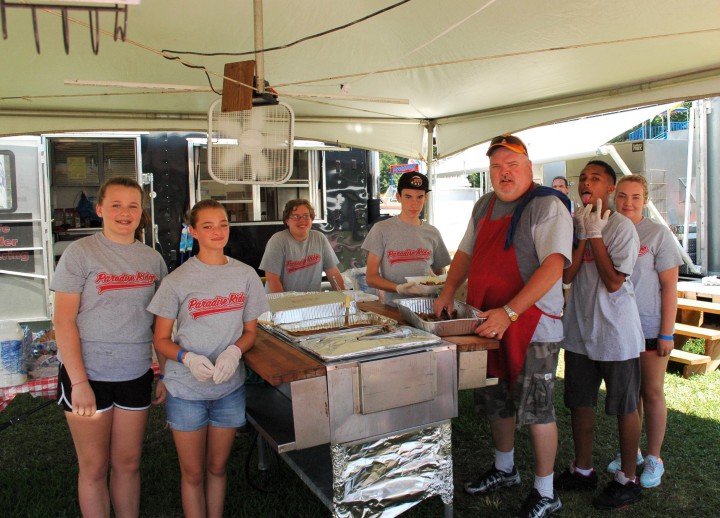 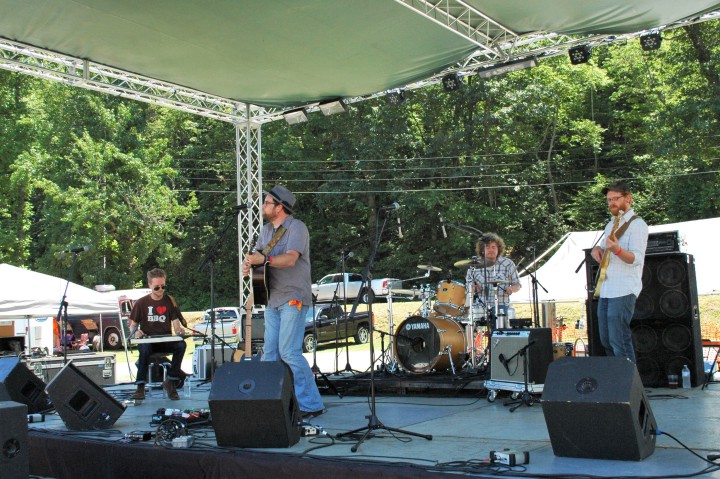 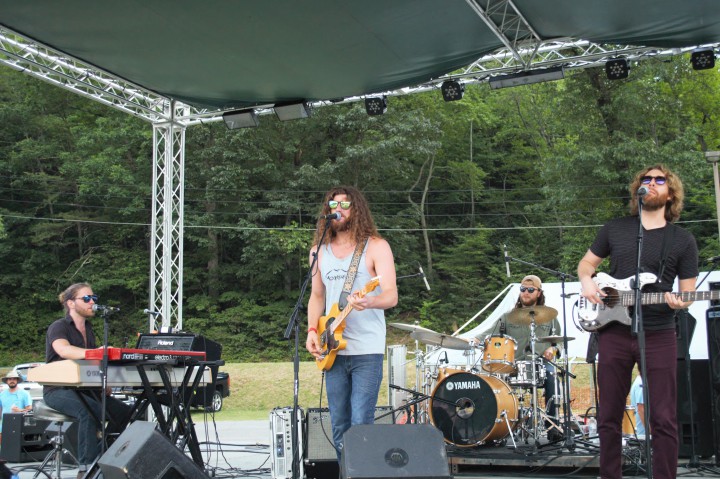 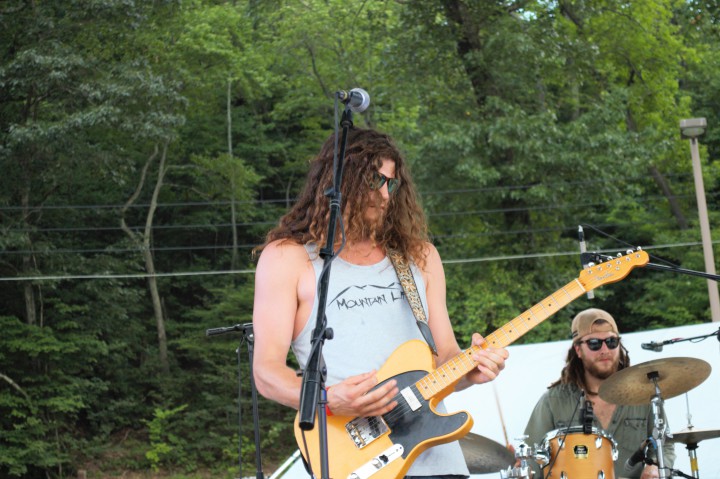 Andrew Trongone, lead vocalist and guitarist of The Trongone Band, shreds on the main stage Saturday. Photo by John Mallow 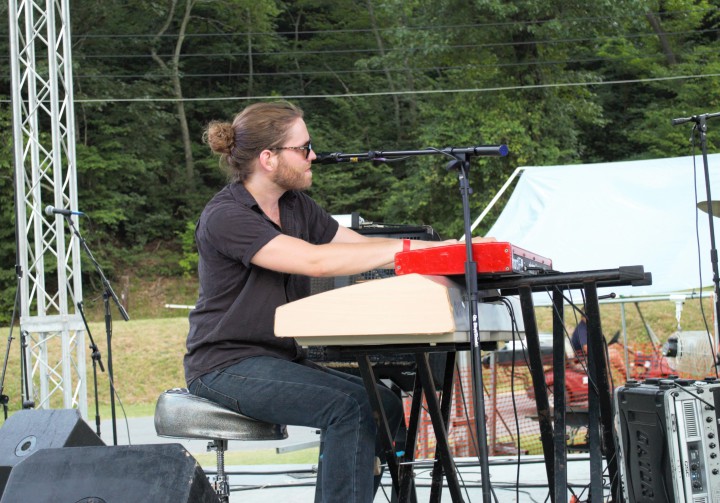 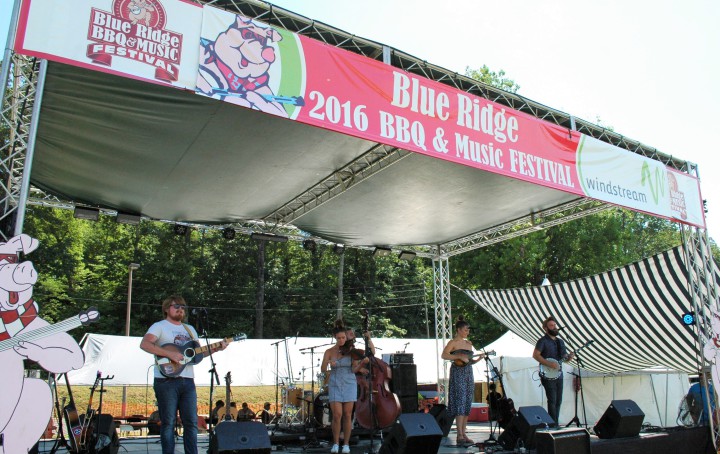 Based in Nashville, Tenn., Forlorn Strangers performed a mix of folk and bluegrass numbers. Photo by John Mallow 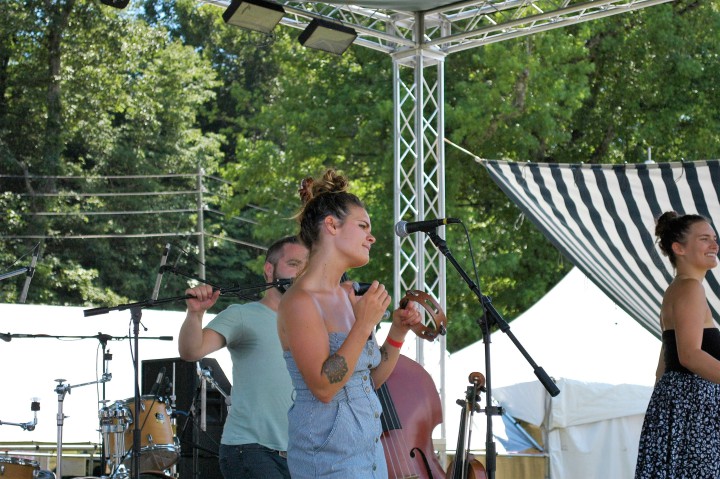 Abigail Dempsey, fiddle player and vocalist of Forlorn Strangers, gets down with a tambourine. Photo by John Mallow 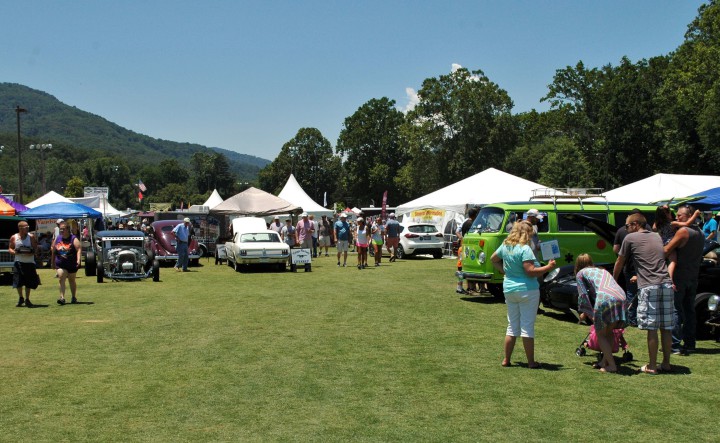 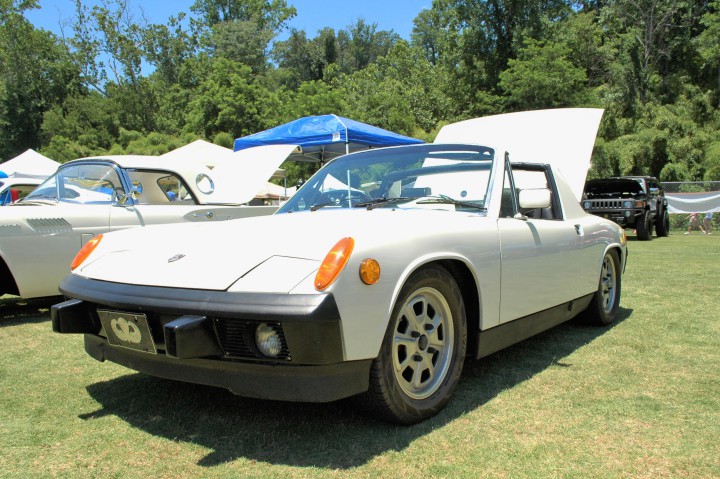 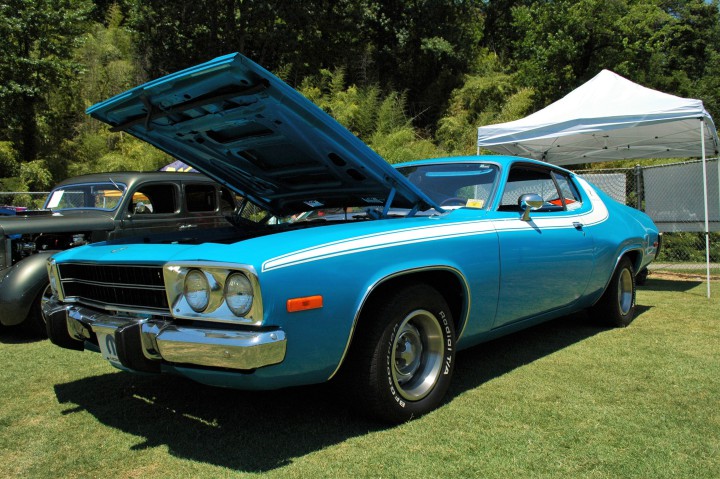 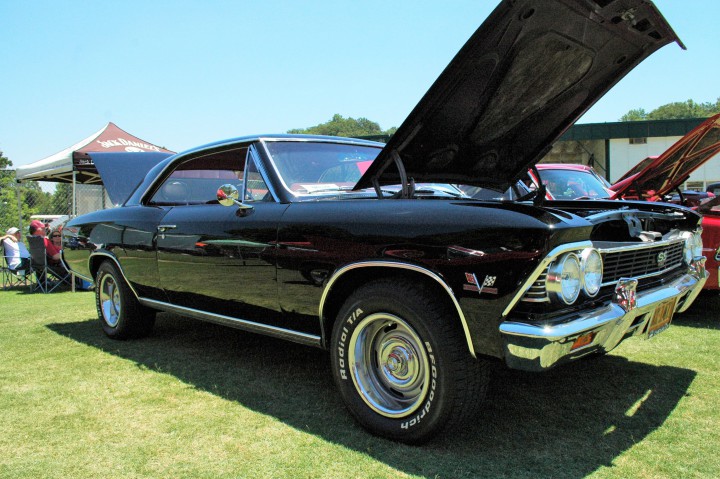 A 1966 Chevrolet Chevelle SS gleams in the sunlight at the classic car show.

John Mallow is a senior mass communication student and Editor-in-chief of The Blue Banner at UNC Asheville. He enjoys running, mountain biking, ska and punk music, pizza and beer. He also wrote this bio himself, in the third person. Follow me @jmallowjr
View all posts by John Mallow →